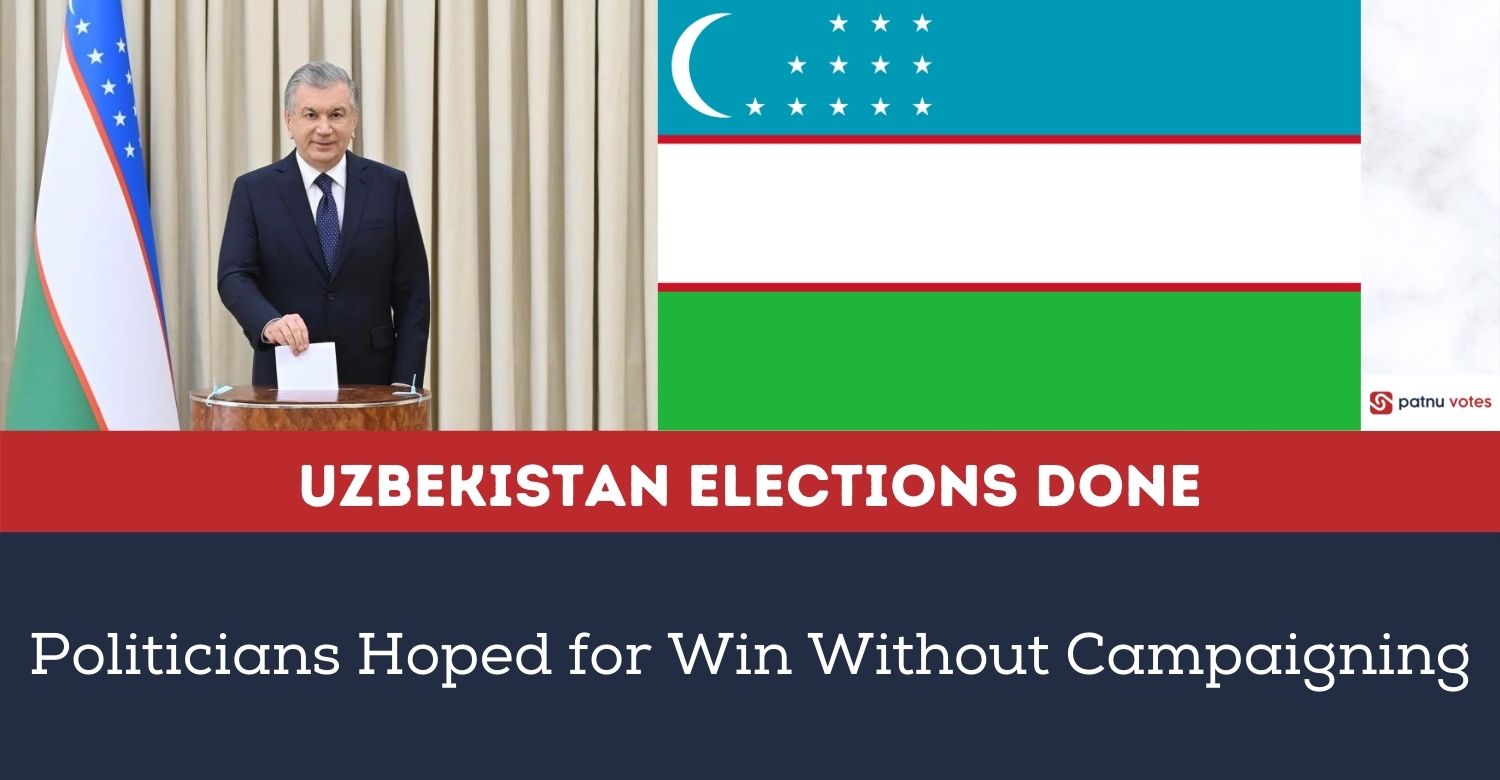 Uzbekistan elections are done and, as predicted, proved to be a solo-flight for the incumbent president, who secures another term to rule the country.

While the participation of the opposition was discouraged in the elections in one way or another, the win of Shavkat Mirziyoyev still depicts a popular decision as people came out in big numbers, with almost 80% of the eligible voters voted in the elections.

This could help the incumbent in maintaining the narrative that people are approving of his policies; that’s why they turned out in great numbers to raise him to the presidency once again.

The core problem of Uzbekistan’s rival parties hides in the fact that they tried to win elections without campaigning.

A little bit of a hybrid approach by them by relying on digital channels could have given them a bit more visibility in the elections. The turnout in Uzbekistan's elections depicts a good news, but the oppression of political rivals shows that the country has much to achieve to be a true democratic state.

Wanting a Win Without Campaigning: The Story of Uzbekistan’s Political Parties

When voters were asked why they did not vote in favor of the opposition parties, they evinced that voting for the president landed them in familiar territory.

The voters portrayed that they even did not know the names of the candidates other than the president, which made him the obvious choice of people for the election win.

This reliance of the Uzbekistan politicians on winning elections without gaining any visibility depicts one of the core problems that politicians are facing these days.

This is where the role of digital election campaigning comes into play, where politicians can campaign easily and defy all odds against them.

Some of the voters in Uzbekistan even believed that the president did not deliver as promised, but he is the only “known” politician in the country.

This is a significant blow to the opposition parties, which failed to capitalize on the failures of the president using the latest digital campaigning methods, and bowed down to circumstances.

Uzbekistan’s massive turnout of 80%, at least, depicts the will of the people and that they want to participate in the elections, even though they know the result already.

However, a bit of effort by the rival parties could have brought them into the equation at least, which could help them in the upcoming elections.

Uzbekistan president promised a “new Uzbekistan,” free from injustices and corruption, but the elections continued to be marred by the involvement of the state resources for yet another win for the president.

For instance, the one major way for politicians globally is to sell political merchandise for fundraising and to distribute it freely for advertisement purposes.

However, the money to advertise politicians must come through fair means. But this was not the case in Shavkat’s “New Uzbekistan,” as his campaign distributed free clothing to people at election events, not related to any political merchandise.

In short, the ruling party used tax payer’s money to campaign for themselves instead of delivering on their manifesto.

While campaigning remains a problem for the four major rivals of the president, this was coupled with Shavkat’s authoritative stance towards the opposition parties.

Human rights advocates believe that if the president loosens his stronghold on the country’s politics, he could face a sparkling defeat in the upcoming elections.

The country has much to achieve before being called a truly democratic state; however, somewhere, the president himself was worried to give everyone equal grounds for campaigning purposes.

Khidirnazar Allakulov, a famous anti-corruption whistleblower who wanted to contest the election, was denied an opportunity to register his own political party by the government for improper paperwork.

As long as the elections are under government control, Uzbekistan is bound to suffer, and no method of campaigning is viable for the opposition.

However, this is a long journey, which the rival politicians have to pursue themselves by taking baby steps and winning nationwide visibility using digital channels if they want a “new Uzbekistan” in the true sense of the word.