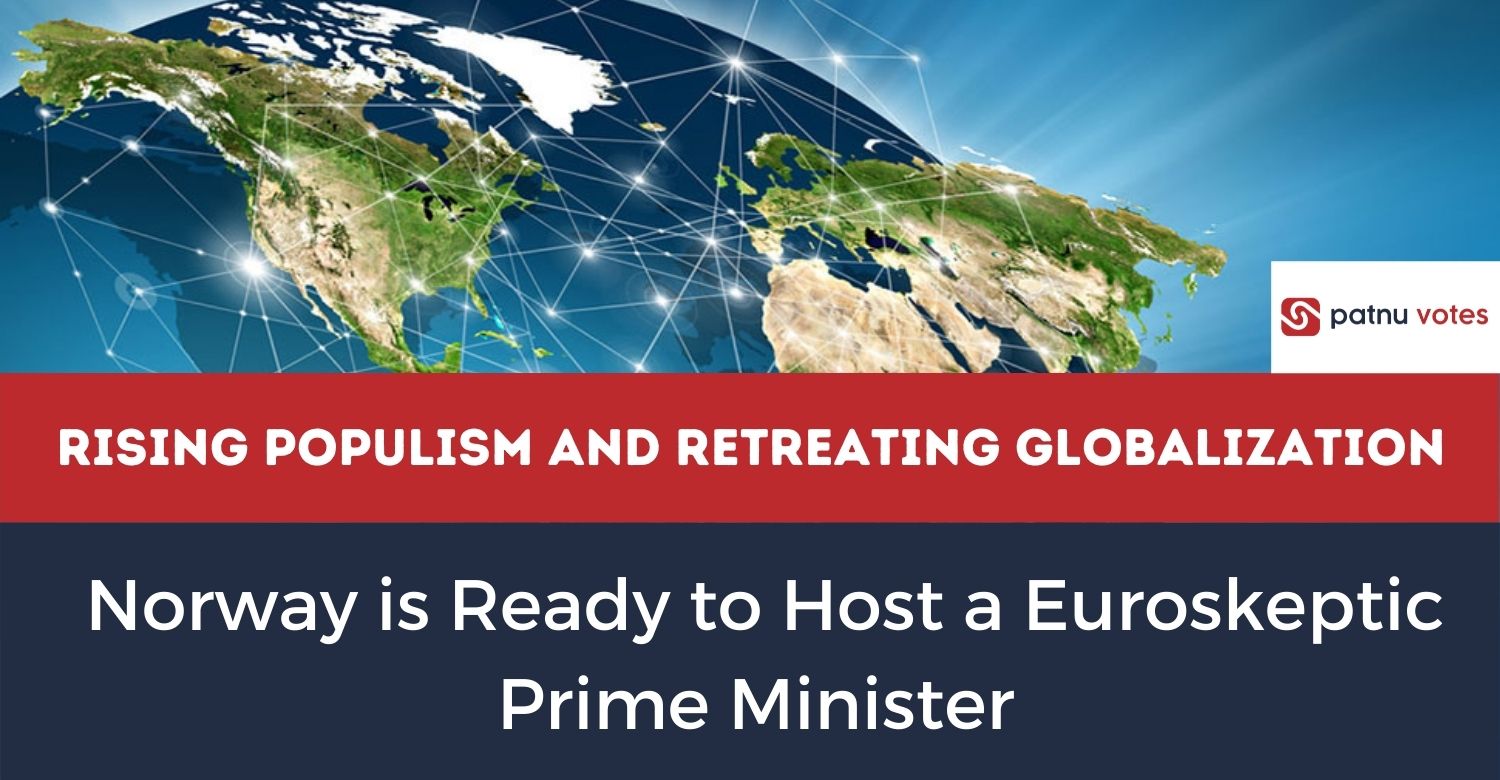 The rise of the populist wave in European countries has completely wrapped Norway in it in recent years.

The COVID-19 pandemic has played a crucial role in determining the course of Norwegian politics.

Despite being one of the success stories in combating the virus in the region, the introduction of the new variants has deepened the policy crisis within the government and its erstwhile allies, resulting in the uprise of a populist leader, Trygve Slagsvold Vedum, on the national horizon.

This Euro-skeptic is the probable big man of Norway politics as the country is ready to go to parliamentary elections.

The name is certainly not new in the country’s politics. As the country is all set to go to elections in September 2021, the data reveals promising results for the populist leader Trygve Slagsvold Vedum, who can be a surprising addition to the global populist club. 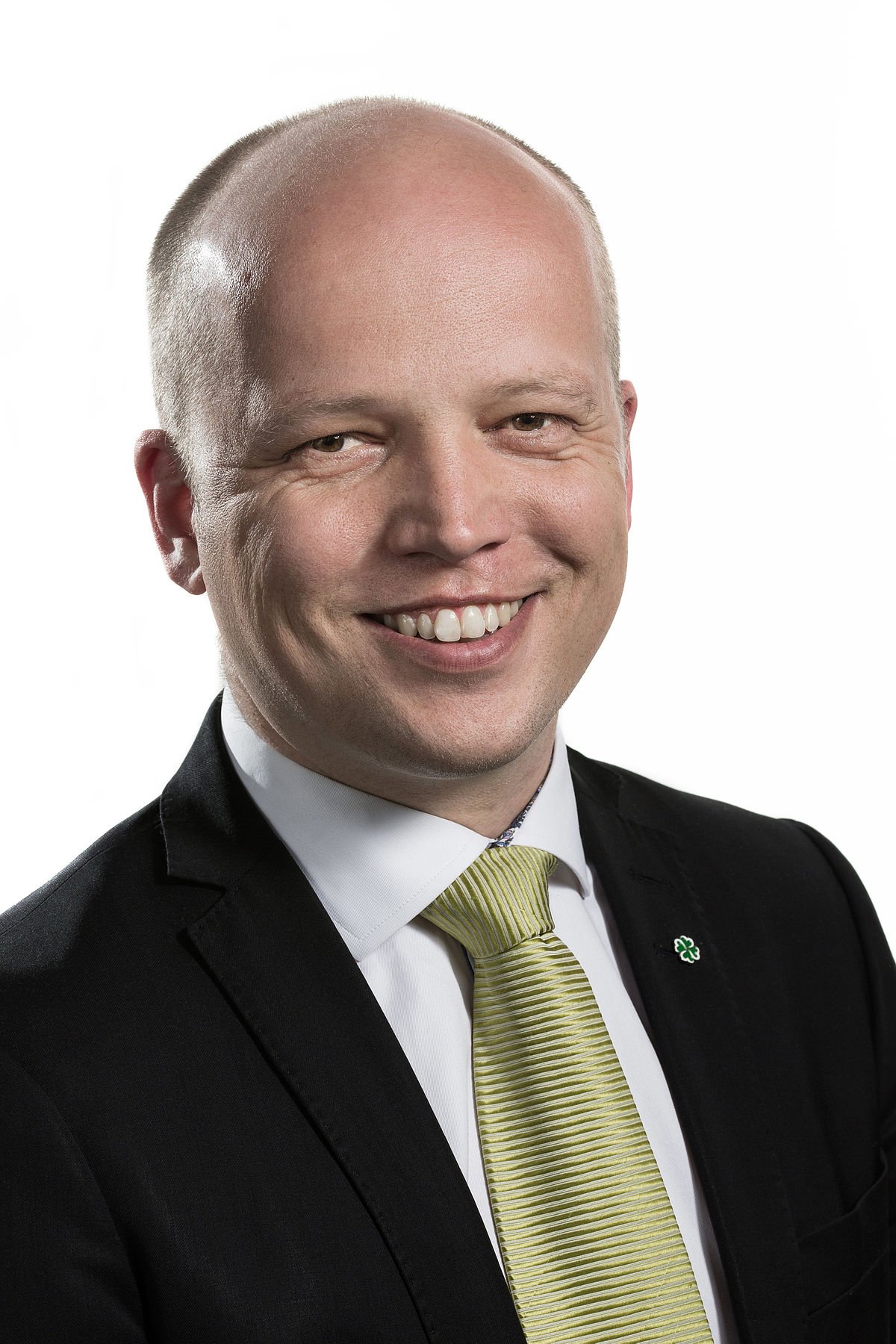 Trygve Slagsvold Vedum is the probable Prime minister of Norway who is all set to win the election after the downfall of FrP party.

Trygve Slagsvold Vedum: Norway’s Euro-Skeptic Politician About to Rising to the National Horizon:

The far-right voters are struggling to make a choice right now in the Norway elections.

As they seek an alternative option for them, the rise of Trygve Slagsvold Vedum is no surprise.

He has occupied a seat in Parliament since 2005. He remained in a leadership role of the Center Party (SP) since 2009, before taking over the leadership fully in 2014.

At this point in time, the SP enjoys popular support by a vast margin in Norwegian politics.

But all of this is a sign to worry for many. Globalization is in retreat in most parts of the world, and the first world countries are playing a leading role in it.

Donald Trump’s rise to power in 2016 and a Brexit referendum in the same year deeply relay this message.

Will the European Union (EU) survive after the withdrawal of one of the biggest partners, the United Kingdom, is an entirely separate debate.

However, the probable election of Trygve Slagsvold Vedum to the highest office of Norway can be a devastating thing for pro-EU voices.

Even though he refuses to count himself as a right-wing politician and claims to lead a centrist party, his anti-EU approach will drive the nationalist sentiments within the country.

Norwegians have voted against joining the European Union twice. So the opposition of Vedum for the same is certainly a popular approach.

However, the country is still impacted by the coalition in many ways, and Vedum is not a big fan of this.

For instance, being a member of the Schengen Agreement and the European Economic Area, passport-free travel is applicable in the country.

A hardcore EU-skeptic like Vedum is expected to take disastrous decisions to revoke these agreements, putting the country in the doldrums.

The mentioning of the message saying, “Norway has to get out of the EEA agreement, and the Schengen cooperation” on the official website of CP speaks volumes about their ambitions after coming to power.

The country also enjoys the support of the EU single market due to these agreements, which Vedum opposes.

It is the home of 80 percent of the country’s exports, but it binds Norway for many EU regulations at a time when the country has no voice in the creation of these laws.

Being a self-proclaiming centrist-popular leader, if Vedum goes bonkers, he would be dropping an ax on his own feet.

When the world is in an economic mess, finding ways to liberate itself from COVID-induced economic losses, closing the market for Norway exports would be a hard decision to make for Vedum.

Read Also: Zambia Election Problems: How the Country is Suffering from Authoritarianism crisis

The FrP party was the frontline party of Norway in deciding the immigration policy, but the shift in the attitude of the right-wing voters has sidelined them to much extent.

Xenophobia: Winner for Some, Losers for Others

Most of the political parties agreed to take counter-COVID measures in March 2020. The far-right political party Fremskrittspartiet (FrP), popular for its anti-immigration agenda, became the leading voice in border control to curb what they called “import infection.”

The FrP party has become the signing authority on the immigration issues in Norway politics. Over time, they have developed ownership of the issue of immigration, heavily influencing the immigration politics in the country.

But times are changing for FrP now, quite rapidly. As the party started compromising on its ideology, it is losing its mainstream voters.

Amid the dwindling popularity, they left the government population in January 2020, but voters are in the mood to find alternate ways this time.

Having a hardline anti-immigrant agenda built over the years, FrP has found many foes among the global citizens of Norway.

Despite going back on their own words and supporting small businesses’ cause of pro-immigrant labor, the polls reveal that their popularity is nosediving.

The Labor party of Norway also stands a minimal chance to lead a coalition after the 2021 elections, even if it successfully manages to win the popular vote.

The right-wing voters are fond of xenophobia, and it’s not a surprise at all.

When they are parting their ways with one such party, FrP, they are bandwagoning with another party, SP, which thinks along the same way. In Norwegian politics, xenophobia has become a loser for FrP but is turning out to be promising for Vedum and his men.

Proclaiming himself as a centrist politician, his approach seems to be inclined towards the right-wing.

Over the last five years, the hate crimes in Norway have increased, and this election could foster it even more, as anti-European sentiments could be on the rise in Norway.

With these rising anti-EU sentiments in the country, the identity crisis is bound to ripen with a probable hardliner in the highest office.

Nonetheless, if this Euroskeptic becomes the next Prime Minister of Norway in the upcoming elections, it would spill water on Norway’s hard-earned reputation.

Norwegians could even be subjected to regional sanctions if it goes into an all-out war against the EU under the leadership of Vedum.