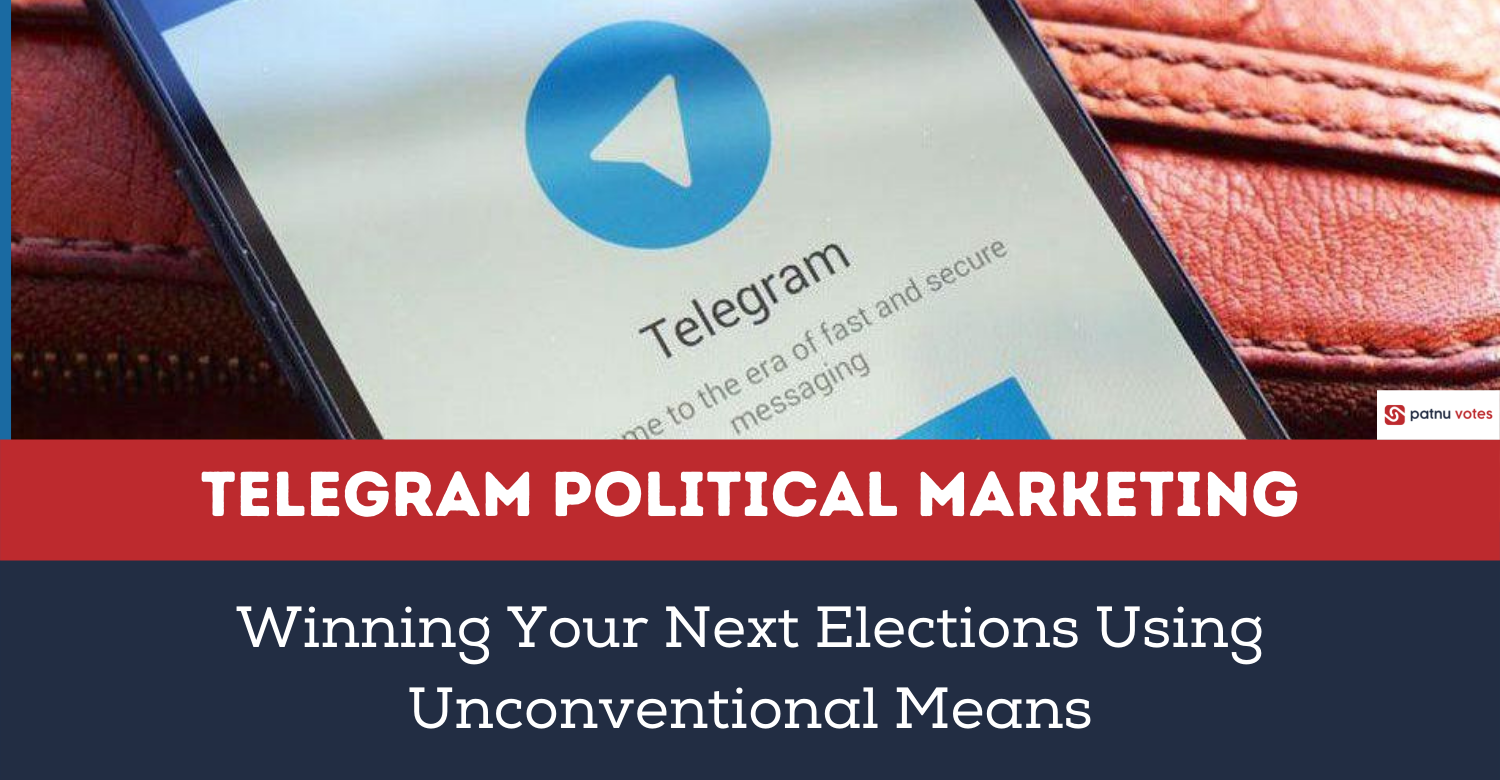 With the outbreak of social media platforms for election campaigns, the use of Telegram has also increased in these marketing campaigns.

Telegram gained significant traction during the Russian political arena in the late 2010s, where Telegram channels were created as a new media environment and were used for strongly critical and political debates.

Now, Telegram has become an active participant in not only political debates but also political campaigns throughout the world.

Telegram is a messaging app that allows its users to broadcast content to an unlimited number of subscribers.

It is also sometimes referred to as the meetinghouse of all political stripes. A large number of right-wing political activists migrated to Telegram after a crackdown by other platforms such as Facebook, WhatsApp, Twitter, etc.

Since then, many politicians have been using this platform religiously to promote their tickets through unconventional means.

Telegram has been emerged as a tool for politicians that can transform the election campaigning culture in no time.

The Telegram broadcast groups are a new type of group where only the admin is allowed to send messages while other participants are allowed to join in live video chats in the app for audio-based discussions.

This strategy provides a great way to interact with the potential voters while also making appeals for donations.

The effectiveness of live video calls is evident from the Instagram political campaigns of US Congresswoman AOC who used to conduct live sessions of Alexandria Ocasio-Cortez in her 2016 campaign.

Telegram allows you complete control of the group discussions while interacting with the audience and answering their questions.

Furthermore, the Telegram broadcast groups have no limit on the number of participants, so that you have an opportunity to interact with as many participants as you want in one live call.

Managing your online reputation is one of the most important things to do in Telegram. When Facebook and Twitter started banning far-right conspiracy groups after the January 6 Capitol Hill riots in the United States, many far-right groups were subsequently created on Telegram.

These groups were extensively used to propagate election fraud theories and undermine the leftist narrative in the online sphere.

But leftist politicians, in general, did not respond to the smear campaigns against them on Telegram, which eventually undermined their narrative.

So, every political campaign has two types of opportunities to execute an election campaign using Telegram, including:

Exposing Your Opponent via Telegram

If your opponent is not using Telegram, this platform is a goldmine for you to get significant votes. All your campaign needs to do is professional opposition research on your opponent and then utilize that research to inform voters about your opponent.

Just like the right-wing campaigns which exploited the Telegram groups' post about January 6, your campaign also needs to use Telegram to increase the outreach and let your voters know about the negatives of your opponent's campaign.

Expose your Opposition Now on Telegram

So, finding the smear campaigns against yourself and tackling them properly is the way to perfect election campaigns in Telegram.

Save Your Campaign from Telegram Smear Campaign

Expiring group links and scannable QR codes are also some of the amazing features of Telegram that create ease in social media political campaigning.

Expiring links stops any unauthorized user from entering into the group chat. Politicians could use this feature to make private groups in which only team members could join and carry out discussions on secret plans or campaign strategies.

Moreover, group invite links can also be turned into scannable QR codes. Using these, users from all around the world could easily join the group and become a part of your emerging political circle.

The Scheduled and Silent message feature allows you to schedule messages to be sent at a particular time.

This could help interact with potential voters or continuously reminding them without disturbing them.

The silent message feature will send the message without sound, and the receiver can see the message whenever he or she is free.

This is an ideal way to remain in touch with voters, supporters, and donors without disturbing them during their busy hours. Jair Bolsonaro political campaign in Brazil election was characterized by the use of messaging applications such as Telegram and WhatsApp.

Use of Telegram in Presidential Races: A Global Perspective

Telegram has emerged as an alternate to WhatsApp political campaigns. While this app has many features just like Whatsapp, it has its own distinctions as well.

The use of Telegram in politics is not restricted to only the United States but has flourished all around the world.

This app was used in many presidential elections that were conducted worldwide in recent years.

In the 2018 Brazilian presidential elections, Jair Bolsonaro relied heavily on his online presence using messaging applications such as WhatsApp and Telegram.

Bolsonaro was elected as the president in 2018 by focusing his campaign on online platforms.

The 2019 Spanish elections are also said to have received a great influence from Telegram bots. These bots offered multiple options for the readers to learn more about politics and political candidates.

The Trump campaign also used Telegram in both the 2016 and 2020 presidential races, as Telegram provides feasible grounds to the right-wing candidates.

When different social media platforms launched a crackdown against Trump’s conspiracy theories, many of his supporters migrated to Telegram to use these groups for campaigning purposes.

In the most recent example, Telegram remained active in the Russian elections. Many political parties are using this platform for political campaigns, as most of the Telegram users come from Russia, and it is also one of the most used applications in the country, despite many efforts from the government to ban it.