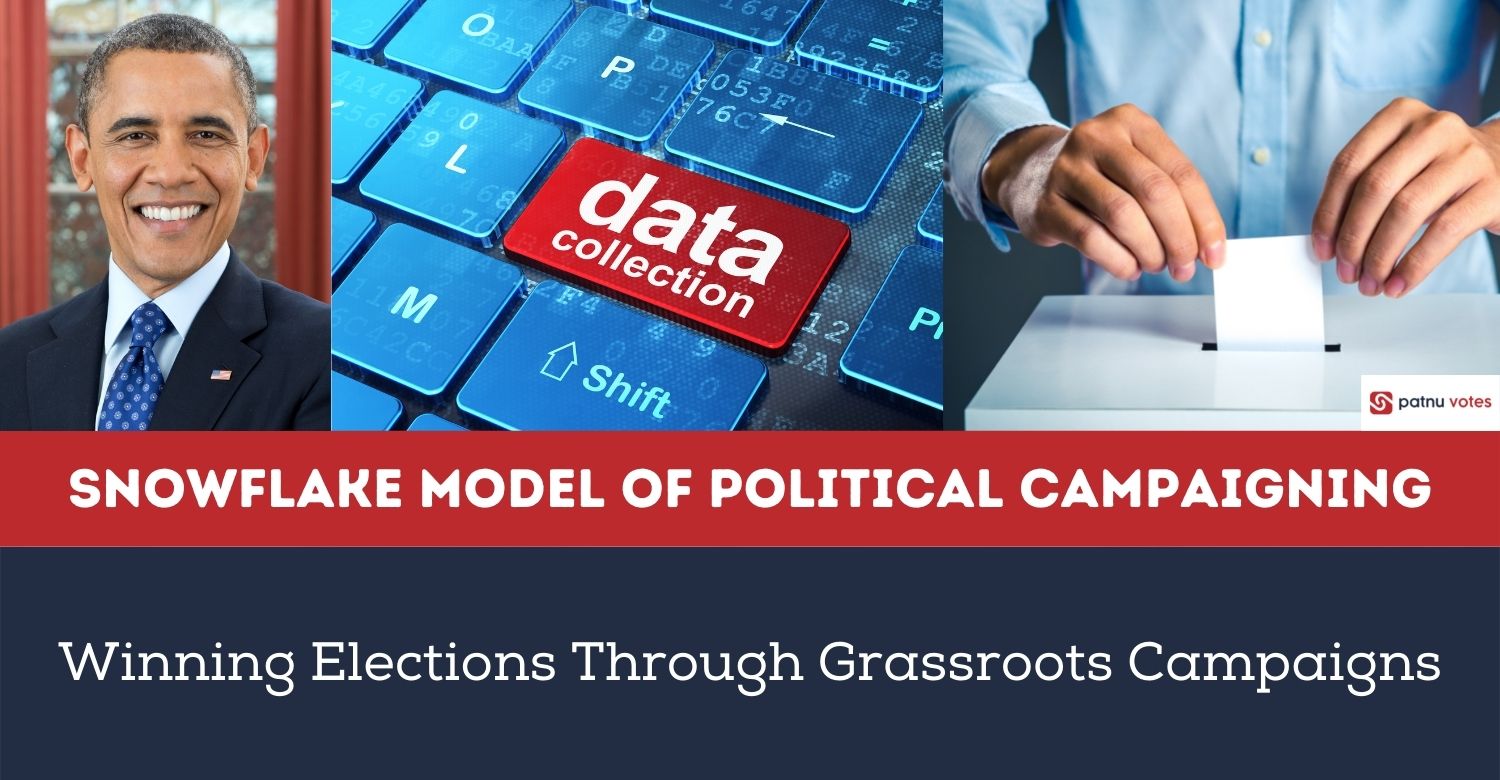 Both presidential elections of Barack Obama made the snowflake model of community organization popular in politics.

The basic purpose of this model is to empower the grassroots campaigns of political parties that act as a front-line role in any political campaign.

The idea is an expansion of another concept named distributed organizing which is a somewhat similar method of micro-campaign management.

The name, snowflake model, may sound too fancy, but it is no more complex than organizing each and every single grassroots unit and optimizing it for maximum efficiency.

At the end of the day, every small chapter ends up connecting with the regional and, from there,  the national office, from where the political campaigns are being run. 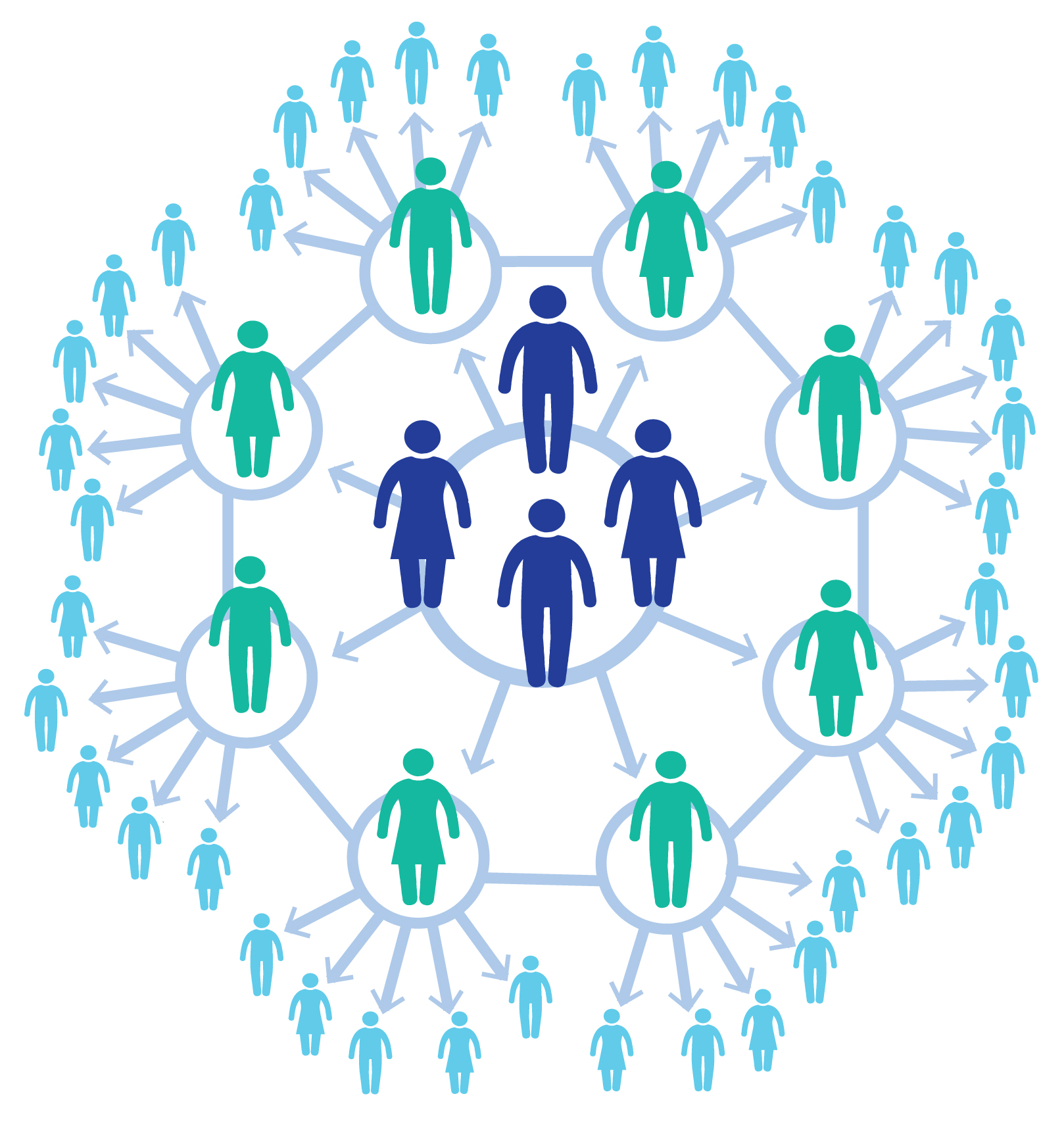 The snowflake model of political engagement depicts the devolution of power to the lowest possible limit to ensure that each and every unit of the hierarchy is working together.

The Power of Local Groups:

As a matter of fact, nobody knows the locality better than those living within the community itself. And this is the power of the snowflake model, as it talks about empowering the residents of the community and bringing them onboard to run the political campaigns.

Seen from the administrative point of view, managing big teams becomes an extremely difficult and time-consuming task for political campaigns.

And deconstruction of the overall units into smaller parts becomes the only feasible solution at times.

The snowflake model is actualizing these things since political campaigns do not have to worry about managing bigger units together, thereby reducing the logistical burden on their shoulders.

People are more productive when they are given a reasonable amount of autonomy. And distributing power to the lower sectors of the social hierarchy serves exactly the same purpose.

When campaigners feel that they are being trusted, they are likely to put out every bit of their effort, which will help them in bringing the best results.

Mutual Growth is a Healthy Activity

The pinnacle of the snowflake model comes in the concept of mutual learning. All different chapters of a political campaign can learn from the centralized data collection through which they can improve their own strategy as well.

While some chapters may struggle in one aspect of a political campaign, others will have a hard time cracking some other nut.

Only through mutual collaboration can all of them can devise a successful strategy to run a political campaign.

If you are unable to segment your team into smaller parts, data collection only becomes a pipe dream.

This is due to the fact that managing and segmentizing data is equally an important task as to collecting it in the first place. Firstly, reaching all the voters becomes an impossible task without the snowflake model.

However, even if you manage to get it somehow, you still cannot guarantee a clean organization of data without the implementation of the snowflake model.

This is the reason why campaigning apps are so popular in today’s world, where not only do voters get connected to each other, but the campaigners also get to learn a lot from one another, hence leveling up the overall performance of the campaign.

However, it is pertinent to note that each and every single element of the snowflake modeling should connect with the largest unit of the campaign through a proper hierarchy.

This is due to the fact that if the overall performance is being overlooked, there is no point in distributing units into smaller parts.

Nonetheless, every political party should start adopting this method if they want to make a significant impact on their overall campaign performance.

Getting Donations from Your Rivals’ Donors: Democrats are Setting New Trends in US Politics
E-Voting: The Resistance of Third World Countries Make No Sense