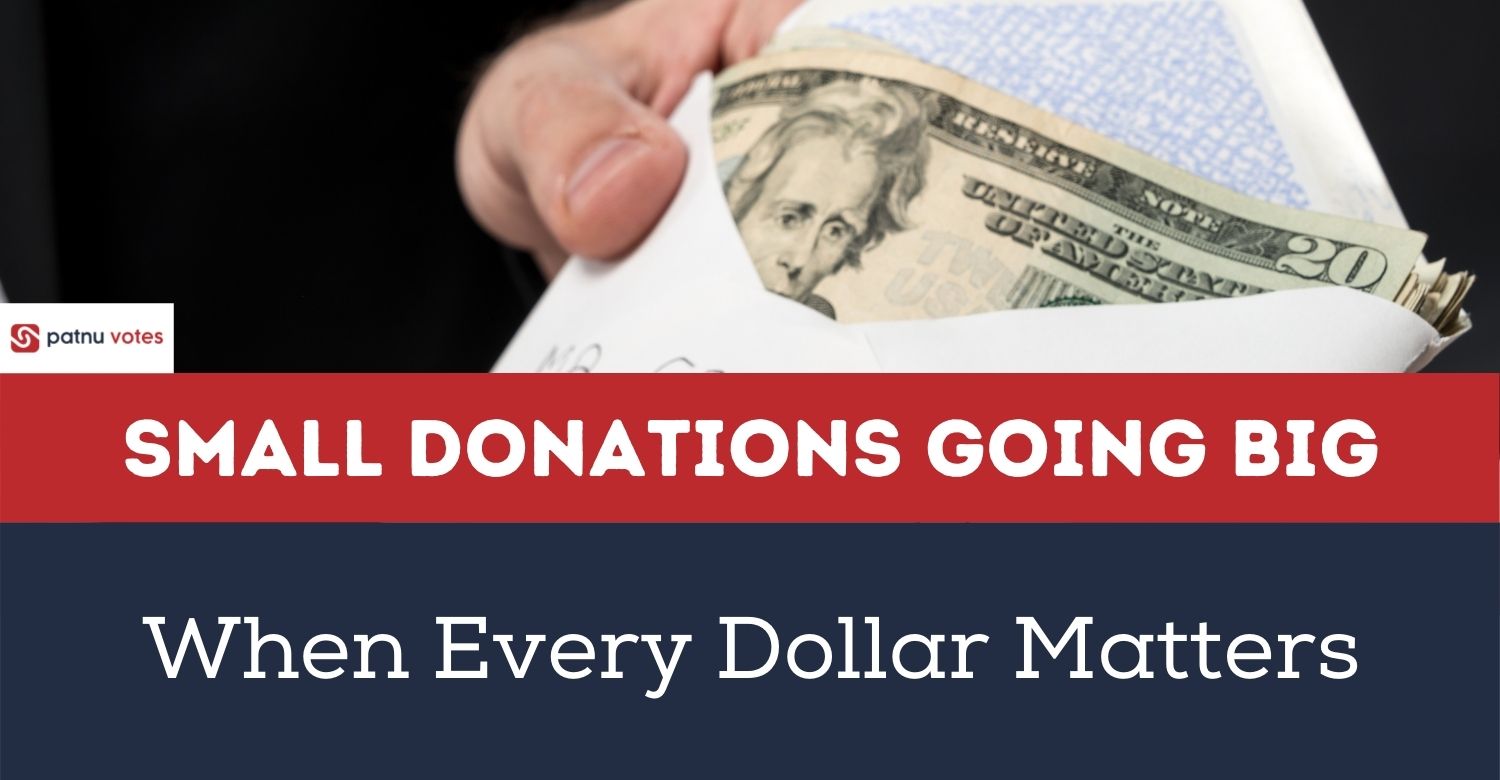 The chase of big money in politics is considered normal in modern-day election campaigns. However, this pursuit has made many political candidates alienated from the concept of small donations.

While there is no second thought to the fact that big donors can change the course of the election campaign in a matter of days, however, small donors have shown promising results in the election cycles lately.

The technological boom has also contributed to rising small political donations as most of the processes are now made seamless for the finance contributors.

Small political donation skeptics always ask, do small donations matter? The simple answer is that data is in favor of this donation scheme.

But these small donations have also raised fraud avenues in the election cycles.

How are small political donations changing the course of elections in times when big money has saturated the donation market up to a great extent? 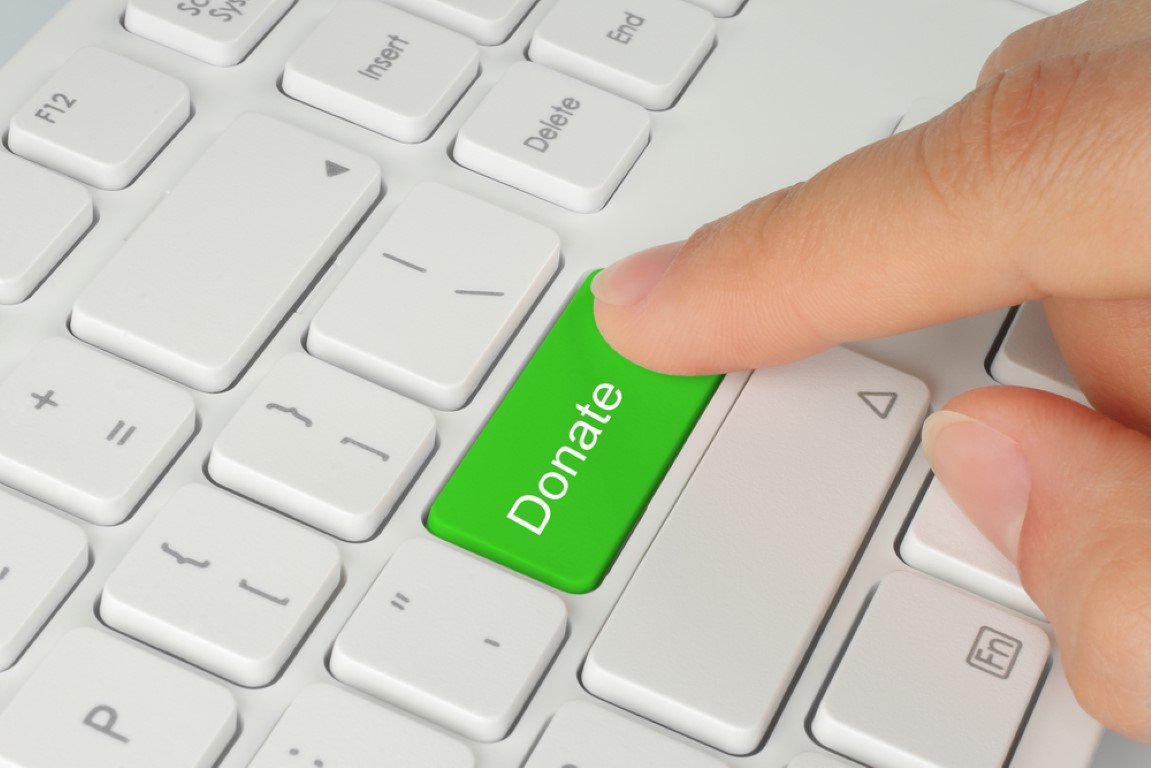 Crowdfunding is regarded as the most important aspect of any political campaign. This help politicians to engage even the smallest donors, helping to raise big sum of money at the end of the day.

In what is considered the most expensive election in the history of the United States, almost $14.4 billion were spent in 2020.

But all of this money was not donated by big donors.

Almost 22 percent of donations in the 2020 US Presidential elections came from small-dollar contributors, a significant increase from 15 percent in the 2016 presidential race.

Despite the surging pandemic, not to mention the rising unemployment back then, the numbers showed promising results.

On the other hand, then President Donald Trump attracted the small donors even harder as donations under $200 composed 45 percent of his donations bank.

The incorporation of cutting-edge technology in the political infrastructure has made candidates raise this gigantic sum from small donors.

As politicians relied on the untraditional campaigning methods amid the compounding contagious virus outbreak, politicians started reaching out to voters using the internet.

Democratic and Republican PACs relied on winning small donations starting from $5 from voters as most of the in-house fundraisers ceased to exist.

The small donations did not show incredible results in the presidential campaigns only.

The same goes for Bernie Sanders, who accumulated big money in his campaign through small political donations. Bernie Sander's political crowdfunding was one of the best in modern times when he collected unmatchable political donations from small donors.

Politicians incorporated various techniques in launching all-inclusive digital campaigns. Both of the primary parties relied heavily on robocalling and mobile texting services to reach out to potential donors.

The art of crafting the right message for small donations is the most important one like the US presidential campaigns incorporated.

Mobile texting was bound to deliver promising results as, according to studies, an average American checks his/her phone 96 times a day.

Political fundraisers have heavily counted upon the efficacy of email marketing. Despite the fact that political emails are likely to be responded to only six percent of the time, they have proved beneficial for crowdfunding.

With an attention-grabbing call to action, the political campaigns are counting on persuading voters with the minimum of texts and sometimes graphics in emails.

The ease of donation method through email in a couple of clicks has enabled politicians to rely on this campaign method.

The importance of small donations also increases manifold in third world countries as it gives politicians an unprecedented opportunity to collect money from their loyalists.

In-house campaign fundraisers may become the victim of the autocratic regimes that put too many roadblocks in the physical fundraisers.

With the rising political polarization among the masses these days, more and more people are getting involved in politics.

This stands true for every corner of the world. This political polarization increases the potential that is embedded in small political donations.

With more people on board, the number of donors increases exponentially, making small donations a charming avenue for politicians.

Having an internet fundraiser is also a way to go for politicians to collect money to win their next elections.

Small-dollar donations are the beginning of big results, as recent events have shown. As a political candidate, you can have a multi-millionaire rival businessman who is seeking a political career.

In these times, when even big corporations are ready to support them, the only way for you to make your efforts count is to leverage upon small funders along with other fundraising techniques. Every donation counts in bulking up your campaign finance.

Money Speaks: 6 Ways Big Businesses Influence Politics and Elections
Pressure Groups in Politics: 6 Ways in Which Governments can be Manipulated or Blackmailed