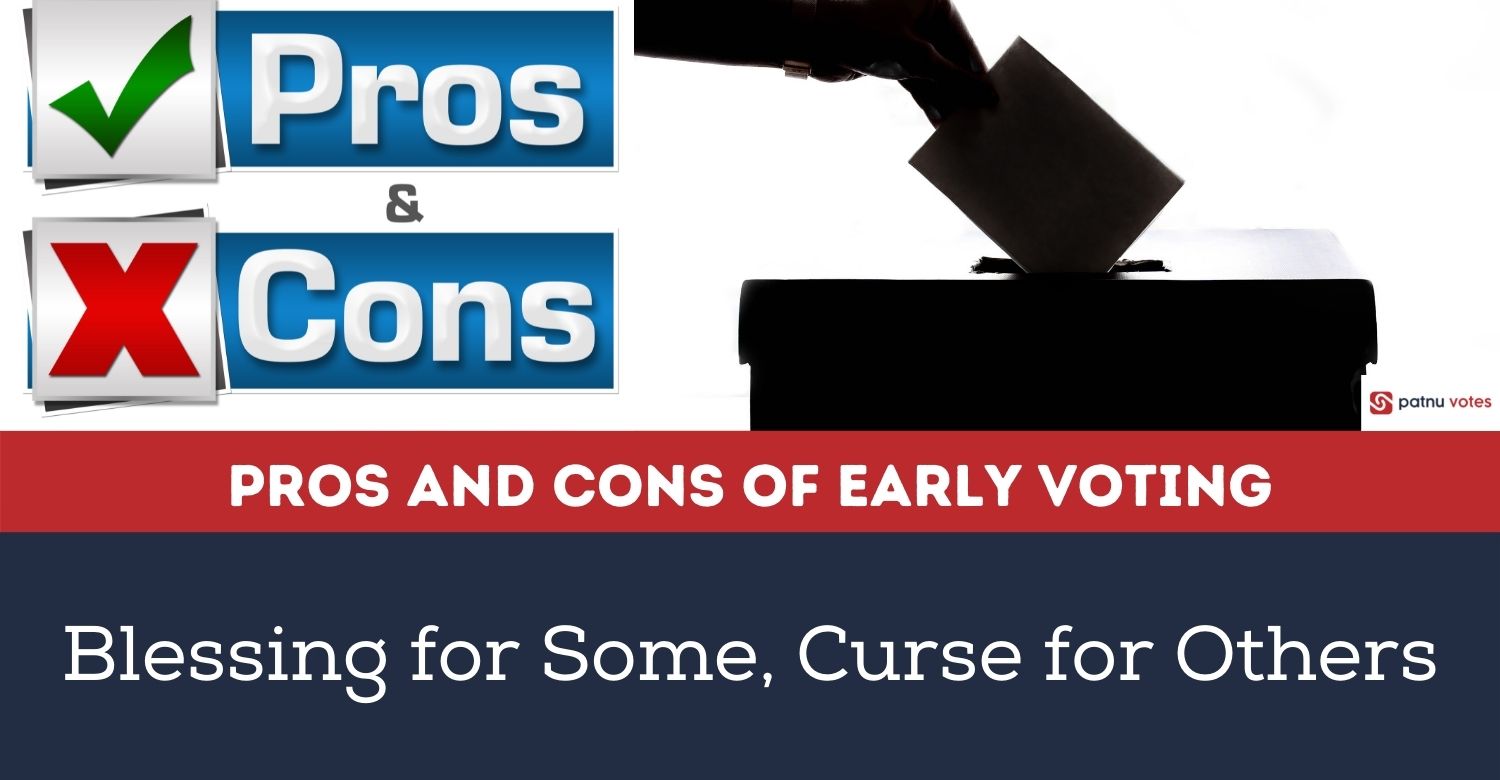 Early voting has become a hot-button issue in developed democracies, where people are now more aware of their voting rights compared to previous times.

While in third-world countries, people are still worried about getting fundamental voting rights even on election day, the citizenry of the developed nations often thinks beyond this.

However, the issue of early voting has also become a bone of contention, as it requires increasing logistics and proper planning. What are the pros and cons of early voting? Let’s see. 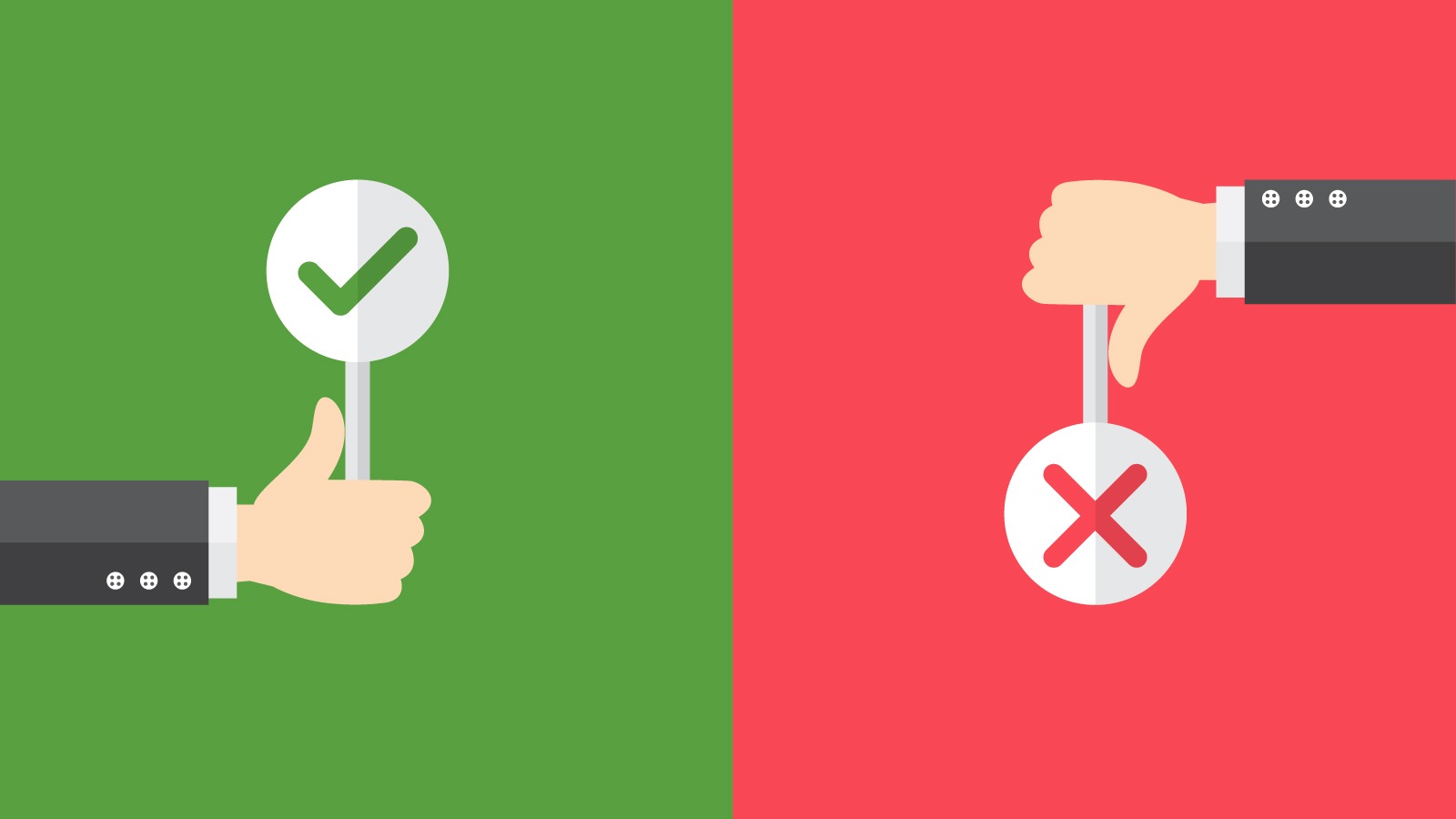 Pros and Cons of Early Voting

Following are the reasons why early voting is a blessing for democracies.

Early voting is the antithesis of voter suppression as it defies this concept to a great extent. Especially in not-so-developed nations, this practice can bear good results where voters are forced to vote in a specific way after suffering from mental and health tolls.

Not only this, but on-site voting often provides only a one-day opportunity to voters to decide their rulers, which can disenfranchise people who are busy on election day or cannot make it to the polling station on time.

This sort of voting reduces the need to have too many polling booths on elections day.

Administrations do not have to arrange logistics for everyone, as the burden on the sites gets greatly reduced.

This also reduces the need for voting machines on elections day, which ultimately increases the efficiency of the process.

As it eases the whole process, early voting ultimately results in bringing more people to vote on or before the election day.

As a matter of fact, the turnout on election day can be dependent on many factors, including harsh weather conditions, the physical fitness of voters, and the on-ground situation, including the severity of protests, if any, on the election day.

Not only this, but a certain group of voters may fall victim to voters’ apathy, which ultimately alienates them from voting on election day.

However, in the case of early voting, voters can get additional time to think and get rid of any voter apathy they may face.

At a certain time, they can have a will to vote greater than anybody else, which increases the turnout by manifold.

On the other hand, this type of voting provides the following challenges.

As many third-world countries have been following the same system of on-site voting for ages, they may find it difficult to change them as per the latest changes culturally.

Not everyone is adaptive to change, and a certain group of people can pose a threat to this revolutionary concept.

These people primarily include older-aged voters who are often reluctant to embrace change. Not only this, but in countries marred by tribal politics, if the leaders of tribes disapprove of this voting system, it can surely stop all of the tribes from participating in the elections, which would be a disastrous situation in any country.

Early voting paves the way for vote skeptic politicians to create a popular uprising based on the sentiments of the people.

The classic example of this was found in the 2020 US presidential elections, where, despite having a regular culture of early voting, former President Donald Trump managed to lure a healthy amount of voters into the narrative of voter fraud driven by early elections.

The narrative still sells and is one of the ways Trump is still managing to get political donations.

One of the prominent downsides of too much early voting is that it slows down the vote-counting process greatly.

While it may not be a reason to worry for voters of the first world countries as they know the nitty-gritty of the process, voters of the less developed nations can become skeptical once they see that the results are not coming.

It can often result in election day violence which has become a norm in many countries.

Undoubtedly, early voting provides unprecedented opportunities to democracies by paving the way for smooth elections, but it is surely detrimental in less developed nations if introduced before doing preparatory homework.

The need is to analyze the on-ground realities in all countries to run pilot projects before embracing this voting method in its entirety.

Only then can early voting make a mark all over the world.

Trump Fundraising Strategy: Pushing Republicans to the Wall Ahead of 2022 Elections
Chile Elections: A Race to Change the Country’s Constitution Begins