Opposition Research: What to Do and How to Do It 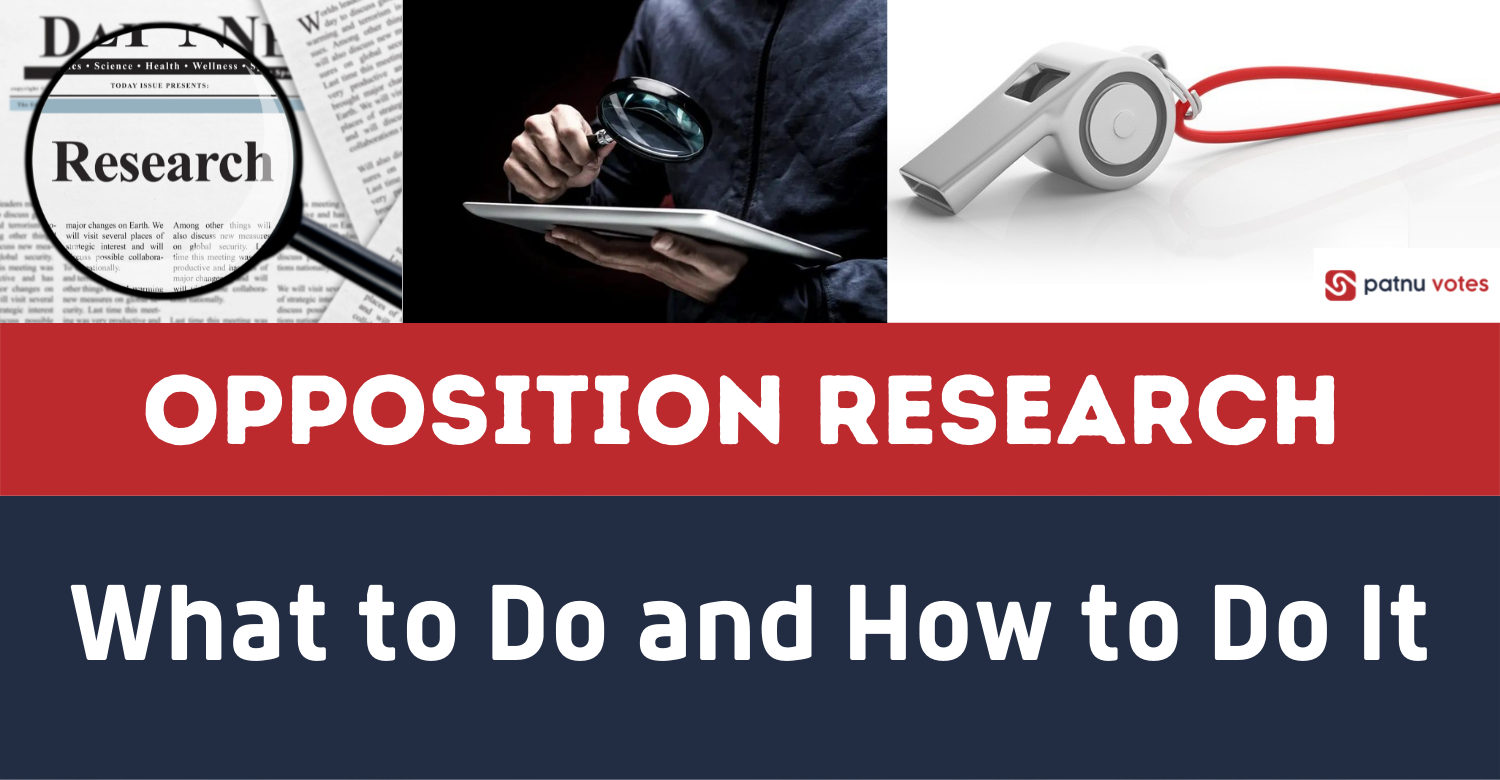 Opposition Research: What to Do and How to Do It

Political campaigns need data to create a compelling message that resonates with their audience.

Some of the best practices in political opposition research are as follows: Hiring opposition research firms is one of the ways you can outsource your campaign work to get incredible results.

Those who are specialized in the niche employ different proven tactics that are used to dig deep into any political candidate’s record to find out the things needed to gain an advantage from opposition research.

These firms have professionals like journalists, professional researchers, and campaign workers associated with them, who know the hacks for bringing the best results. Private Investigators can Save you Money at no Disadvantage

Teaming up with private investigators is also one of the ways used by politicians trying to dig deep into their oppositions’ records.

This strategy is helpful for small campaigns with limited funds available to them. This allows them to find critical aspects about their opposition candidate without spending big money.

Finding whistleblowers is one of the ways through which opposition research is done efficiently.

Former campaign workers and staff members of any politician can turn out to be whistleblowers, so identify those who have rejected your rivals’ campaign by turning against them, and teaming up with them will result in you getting critical information.

The culture of whistleblowing has significant traction in politics, especially in the times of social media, where these people expose someone every second day on platforms used by millions of people.

A timely whistleblower can help you give your campaign a much-needed boost immediately.

What to Find During Opposition Research?

But here, the question may arise as to which things are included in opposition research. While pursuing this campaign tactic, you have to keep an eye on the following items.

Screening out Biographical Lies of Your Competitor

Sometimes candidates lie big time to their supporters, and, as most of the general public does not bother to do any research, they are likely to succeed with it.

Screening out the lies from your rival’s personal biography is a sure-fire tactic for any politician.

Do this by double-checking the personal information of your competitor, seeing their educational and personal credentials, and cross-checking if they really resemble what their campaign preaches. If they do not, this could be handy data to exploit your opposition.

Voting and Tax Records of Your Rival Politician

Inspecting your competitor’s voting and taxes record is another prominent way to find the dirt on your opposition candidates.

Did they really vote for issues they preach or were their past speeches just a hoax to eyewash voters? If you can find discrepancies in the taxation and voting records of your opponents, you have found a clue in hitting your rival at the place where it hurts the most.

Wandering the Social Profiles of the Competition

Crawling through the social media accounts of your opposition candidate is a thing that you must do to stand out in the opposition research arena.

When you get a clue that your competitor posted about something undesirable in the past, you can search for specific data on the different social media platforms.

And sometimes, politicians are fast enough to eliminate any of their mischief from social media, but there is a hack.

You can just type the query on Google with the name of the politician, and you are likely to get the clue.

Using opposition research time is itself an art, and politicians must master it, as only gathering the information is not the end but the beginning.

Most of the time, releasing the bombshells at the eleventh hour of the election can help you win votes in big numbers, as your competitor did not expect it from you and have no counter plan in such a short span of time.