Political Ladder of Engagement: A Way to Turn Supporters into Donors 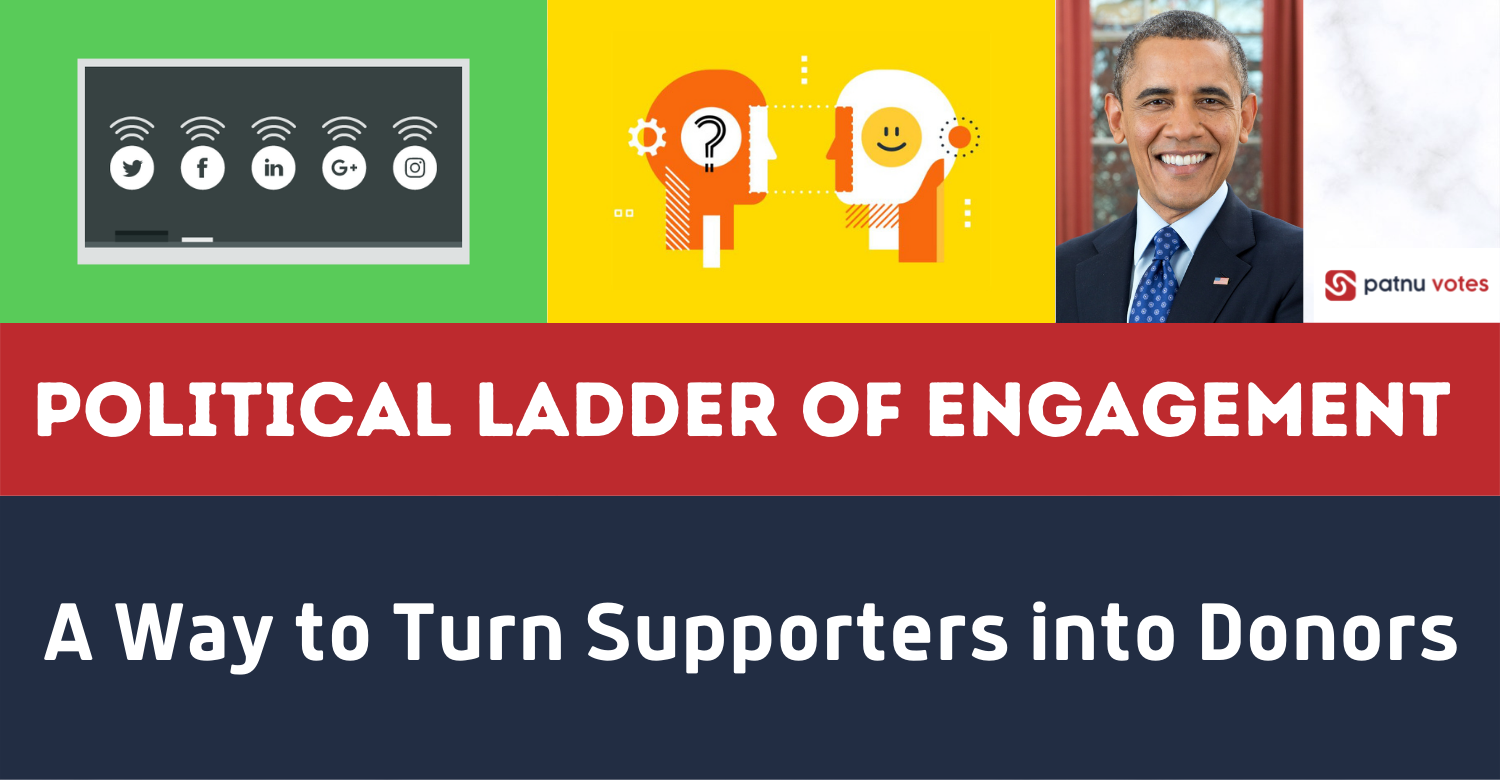 Political Ladder of Engagement: A Way to Turn Supporters into Donors

Engaging casual supporters into actionable individuals is one of the most problematic parts of any political campaign.

While these people may love your campaign, they are only interested in voting for it and not promoting your bid further.

But it must be noted that taking one step at a time in the ladder of engagement is the way to go, as skipping steps may lead to a campaign disaster.

This approach through which you convert your casual supporters into your campaign's die-hard fans, mostly donors or volunteers, is known as influencing people using the ladder of engagement.

So as a political campaigner, your end goal is also to convert your potential supporters into donors, which you can do by digging deep into campaign tactics that have already done the same.

Ladder of Engagement in Political Campaigns: A Must-Follow Practice during Election Campaigns

The easiest way to help people take the first step in the ladder of engagement is to let them like or follow your social media spaces.

They won't lose a penny when they like your page on Facebook or follow you on Twitter. However, it is beneficial for you as it will help you in increasing your digital visibility and let you raise your voices toward the untapped fronts.

But here is the trick. Although people will follow you on social media platforms just for updates from your campaign, it will only be a matter of time until they turn into your campaign donors when you continue reinforcing your message to them.

Once they start following you, it is time for a small ask from them, let's say taking their email address to build your email list. This you can do by posting continuous updates on your social media outlets and letting them know that you are launching a new newsletter.

When Barack Obama was luring his supporters into the ladder of engagement, his campaign made a small request of letting people know that they should sign a small birthday card to wish Obama a happy birthday.

This way, a lot of casual supporters signed up and ended up giving their email addresses, helping the campaign build its email list. Then comes the next step in the ladder, but it is still not a time to ask for big money from supporters immediately.

Instead, it is time to engage your supporters more and take the next step in the ladder of engagement.

For instance, the Obama campaign asked its supporters to share their personal stories with them.

Once supporters start doing this, they are not only sharing more of their data with you but also giving a signal that they are engaged with the campaign, which makes them feel special.

Another way to increase people's engagement at this level is to ask supporters to sign issue-specific petitions.

This will also serve the purpose of political surveys as your campaign will know about the hot-button issues for which your supporters are concerned. This way, you will increase their engagement in the campaign while collecting more data at the same time. 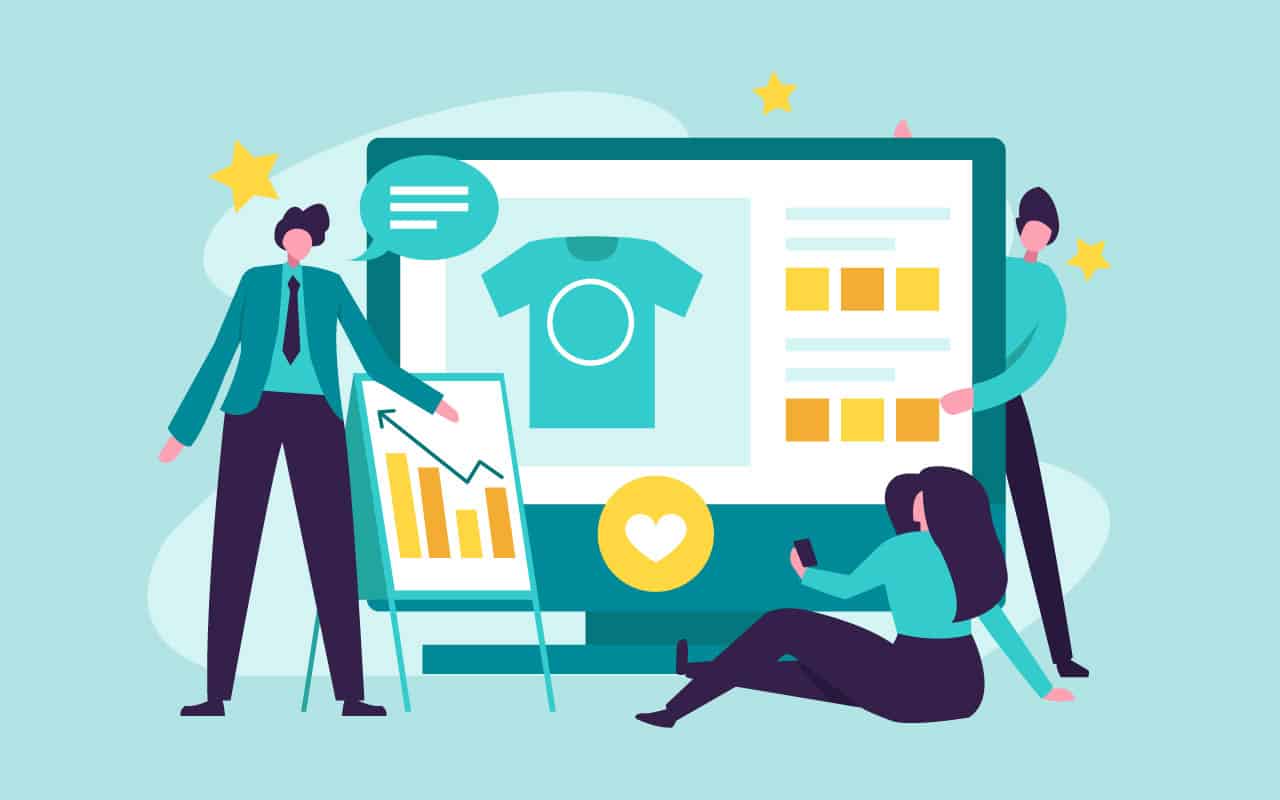 Selling Your Merchandise to Your Supporters

Now is the time to start asking for political donations from your supporters, as by this time, they are likely to get emotionally connected with your campaign.

And still, you don't jump to ask them for money directly. You try to sell your political merchandise at this point, which will give a signal more like a transaction and not free money.

Asking for Monetary Donations: The End Goal of Political Campaigns

Once you have sold enough merchandise, it is time for your campaign to start asking for political donations and measure data at this point on how many supporters are responding.

This step in the ladder of engagement is extremely crucial as you may not get enough donations at this stage, primarily because you have skipped or dodged some steps at the initial level.

At this stage of your campaign, you may have to go back to the previous steps and repeat them until you have involved your supporters enough in your campaign.

Bonus Tip: Do Not Stop When You are Winning Donations

But if you successfully manage to bag a healthy amount of donations at this level, it is time to ask your supporters to spread your words to their friends.

Effectively following a proper ladder of engagement is extremely crucial in political campaigns.

You do not ask your casual supporters to donate a significant amount to your campaign on the very first day, as it will only result in disappointment.

Once you have successfully engaged your supporters, only then can you ask for money from them.