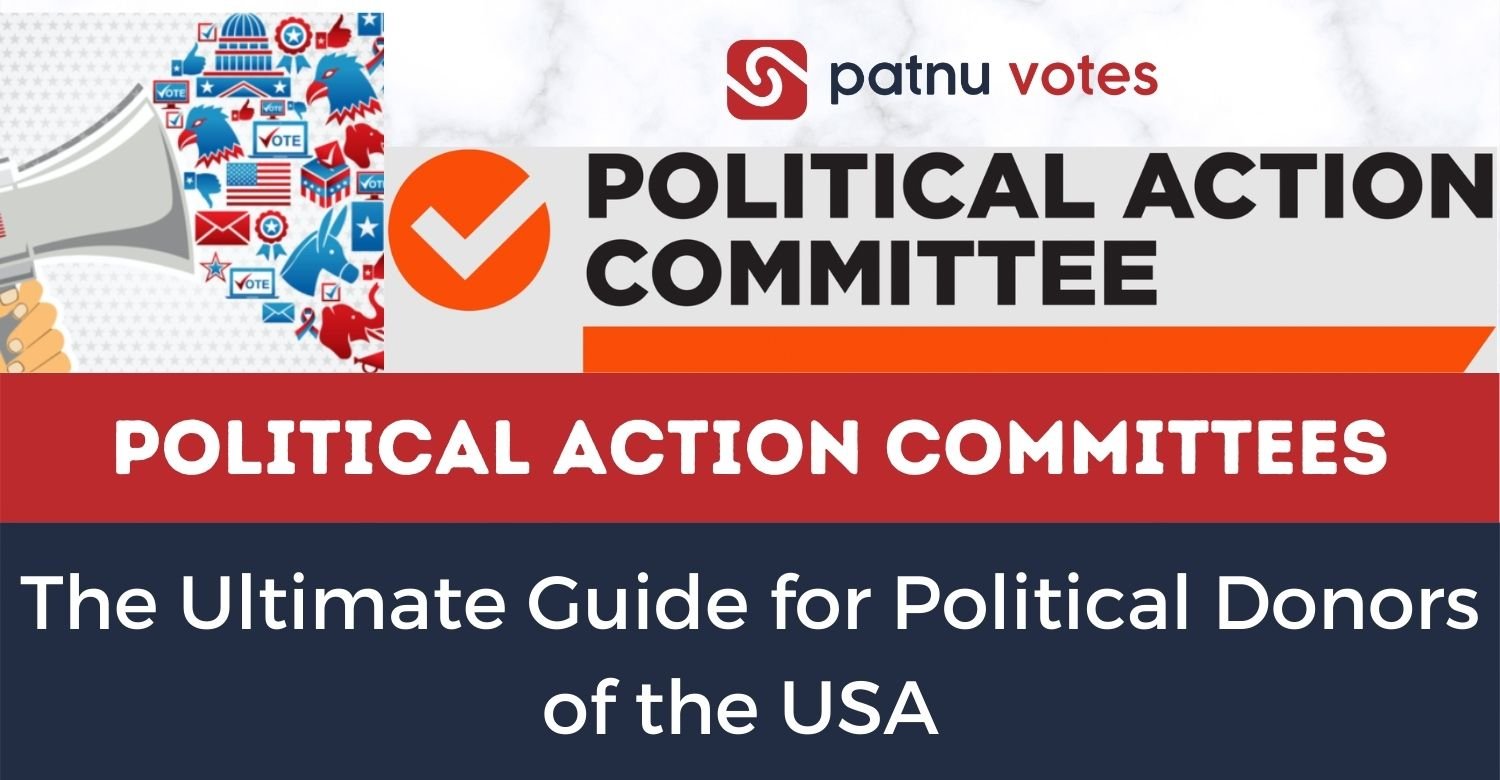 The issue of political campaign finance has become a matter of general interest, especially when political donors are willing to donate large sums in different elections.

Almost all the political donors have their interests vested in whichever campaign they are donating to. Political Action Committees (PACs) is generally the term used for the organizations explicitly set up to finance campaigns in the United States.

While the term varies from country to country, the concept of these organizations is the same.

They are intended to collect funds for political campaigns, both at the federal and state level.

Political donors who are willing to have their voices heard by their country’s legislators need to make a well-thought decision before making donations.

Let’s see how you can influence federal and state elections with your money as a political donor.

Political Action Committees are used to collect funds for campaign purposes. You have to evaluate the functionalities of all the PACs before making a final decision.

Political Action Committees: The Best Way for Political Donors in the United States

Different types of PACs are present in the United States, and, based upon your motivation as a political donor, you have to choose the best out of them.

According to US federal law, PACs are broadly classified into two groups, namely connected PAC and non-connected PAC.

Not all political donors can donate to every PAC, making it extremely crucial for donors to know the difference between them, so they may not end up in a mess.

Connected PACs, or as they are popularly known, “corporate PACs,” are mainly run by big corporations or private businesses, labor unions, or non-profits.

People not belonging to the managerial post of the business, or a shareholder in this PAC, or a member in the case of a non-profit, cannot make contributions to this type of PAC.

So, most of the time, connected PACs are out of the equation for the majority of the political donors.

These PACs are also known as “traditional PACs” and are the most well-known ones.

Unlike the corporate PACs, these PACs can receive funds from ideological supporters, single-issue interest groups, and even the political leaders and members of Congress.

Most of the political donors contribute to these PACs, owing to the relative absence of restrictions in these PACs.

As connected PACs are only available to a “restricted class” for donations, you must make the non-connected PACs your first priority.

However, these PACs are further classified into the following types, so never forget to explore your options before opening your bank account.

As a political donor deciding to make a significant impact on the election outcome, you can even make your own PAC.

Committee without Corporate: The Easiest Way to Start Your Donation Journey

A group of individuals working together to influence federal elections, for or against any particular candidate, can become a Political Action Committee.

Due to the presence of dark money in politics, you have to register the PAC. If you are spending as little as $1000 per year influencing federal elections, the PAC needs to be registered to have a track record of the funding.

One of the best things about non-connected PACs is that even politicians running for office can open these PACs.

So if you are looking to collect donations for your own campaign, these types of PACs are the best choice for you.

These PACs are alternatively called “Leadership PACs” and are often run by members of Congress or other politicians.

It is pertinent to note here that these PACs are different than the candidate’s principal campaign committee that runs in parallel for political funding.

Political candidates can contribute to the leadership PACs using their authorized committee and vice versa.

Sometimes you want to fund the political campaign in a somewhat non-conventional method. Instead of giving them money, you can donate anything that might be relevant to the campaign.

For instance, you can provide them the office space or operational machinery, and these contributions will be counted in the political donations under these PACs.

Super PACs are the independent expenditures committee and are not restricted to the donation limit.

As these PACs can gather funds from individuals, labor unions, or corporations, most of the political donors can become authorized to donate in these PACs.

But these PACs are subject to the independent expenses only, which means the expenditures for the sake of communication. This may include newspapers, websites, or TV channels.

These committees express the clear identity of the candidate for whom the committee is intended to support or oppose.

So, depending upon the type of political donation you want to make, it is a great pathway to donate big money to political candidates.

The hybrid PAC is also an evolving concept in political campaign finance that you can use to fund the campaigns.

Making a political donations strategy is not an easy task, considering that risks are high in this field. Being a political donor, you have to calculate your risks and find the best PAC to drive your funds towards politics.

However, make sure that you comply with all the Federal Election Campaign Act provisions to escape future trouble while making large donations.

You can search for politicians’ activeness through the OutPol.app to make a perfect decision about campaign finance.