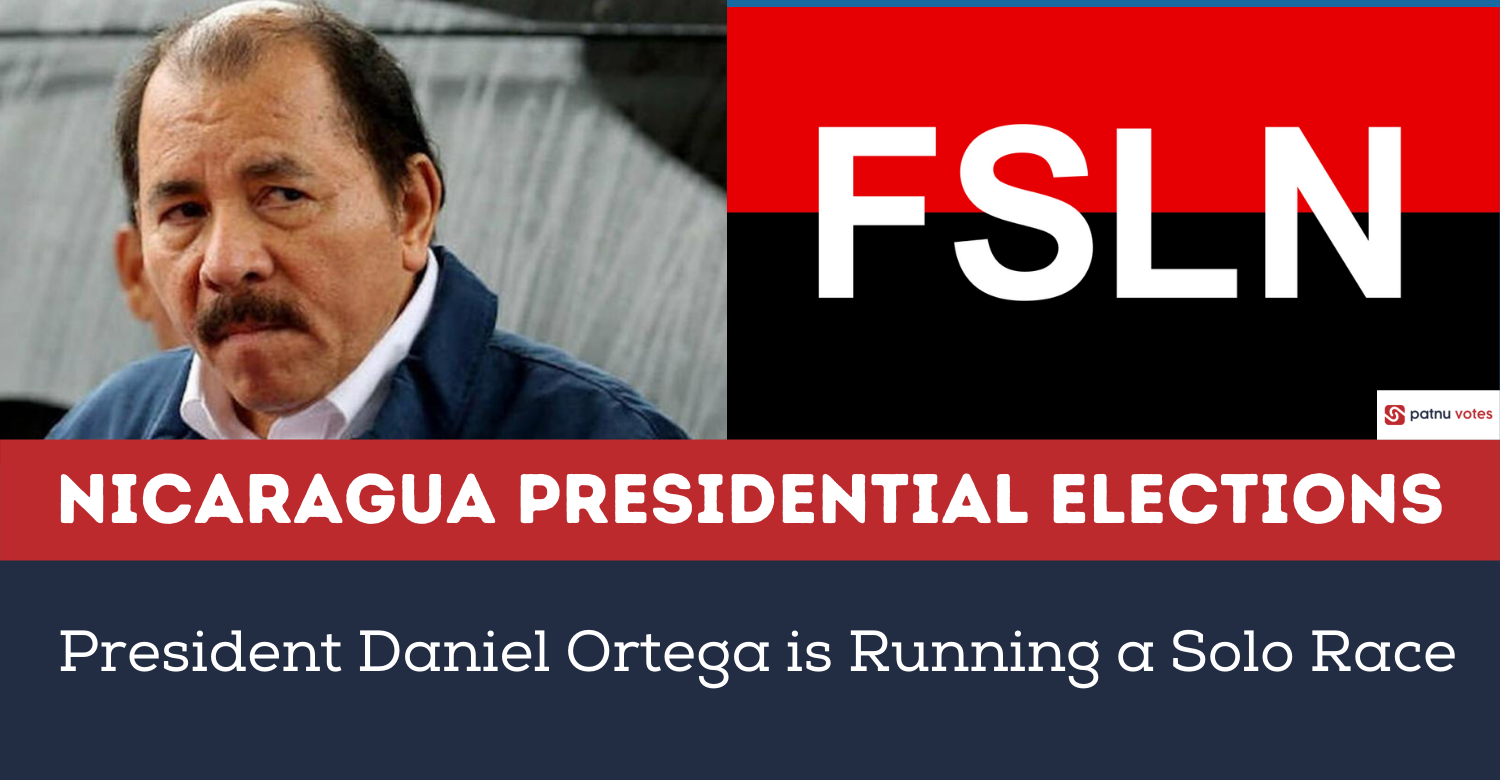 Nicaragua will be electing a new president on November 7th through General Elections in the country.

The members of the General Assembly and Central American Parliament will also be elected in this election.

The President of Nicaragua, Daniel Ortega, is seeking reelection in the upcoming race, while the key candidates of opponent parties were arrested in recent months.

The arrest of opposition leaders has made the upcoming election controversial. The electoral system of Nicaragua also tilts in favor of the incumbent president.

However, the widespread anti-government protests in the country have created chaos and problems for the reelection campaign of Ortega.

The protests erupted in 2018, and until now, nearly 300 civilians have been killed by government forces and paramilitary groups.

The repressive laws adopted by the Ortega government have largely restricted the civic participation and political rights of civilians.

The opposition is also divided and has failed to unite behind one single candidate, which is creating further ease for Ortega.

The Nicaraguan presidential elections in the present circumstances have become largely controversial and a threat to the prospect of democracy in the country. 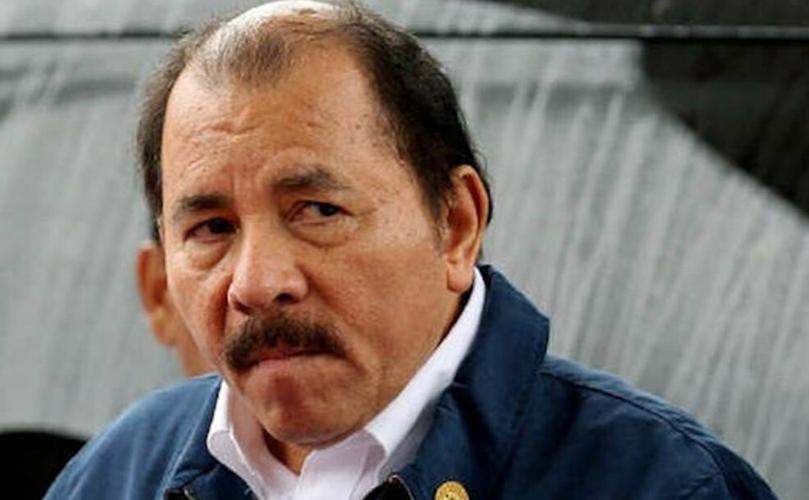 Daniel Ortega, Nicaragua's President is running a solo race as his authoritarianism in the country has jailed almost all the opposition elements.

Ortega is Running for President in a One-Man Race

Nicaragua is now just a month away from its presidential race, with all the principal leaders of the opposition parties in jail.

The incumbent president started his presidential campaign a few days back from the platform of the Sandinista National Liberation Front (SNLF), with his wife, Rosario Murillo, having the ticket of Vice President.

President Daniel Ortega has been in power since 2007 and is now running for his fourth consecutive term.

Despite international condemnation of the detention of nearly 37 opposition leaders, Ortega is still reluctant to release them.

Ortega and his running mate will be up against the five little-known opposition parties who succeeded in clearing the government electoral body for participation in the election.

Top analysts all around the world say that the upcoming presidential elections will be anything but transparent, considering the pre-poll rigging done by the government by detaining the primary opposition candidates.

The charges against Ortega's rivals are rooted in the electoral law that was recently passed by parliament.

However, the president accused the opposition leaders of conspiring against him with the backing of the United States government.

The prevailing circumstances suggest an easy walk for Ortega in the presidential race; however, any civilian uprising can bring him to his knees. 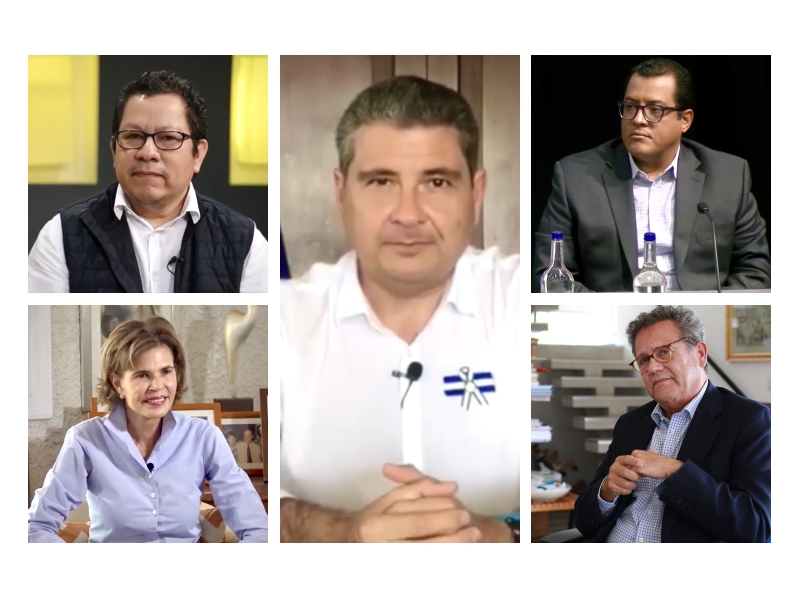 Nicaragua's opposition is under assault as the human rights abuse led by Ortega is denying politicians their political rights.

Six opposition candidates for the president and dozens of leaders have been arrested by the police, and several others have been put under house arrest by the Ortega administration in the desperate attempt to win the upcoming presidential race.

Candidates Luis Fley and Maria Asuncion Moreno went into a self-imposed exile, citing the threat of arrest under the new law.

In August, the Vice Presidential Candidate Berenice Quezada was placed under house arrest to seal the victory of Ortega's wife and running mate.

The party leader and presidential candidate of White National Unity were disqualified by the Supreme Electoral Council. Many other candidates, including Milton Arcia of the Constitutional Liberal Party, have resigned from the candidacy in protests.

President Ortega has not only detained leading opposition candidates but has also barred opposition parties from participating in the presidential race.

In August, a court blocked the Citizen Alliance for Liberty party from participating in the upcoming elections. The decision was made on the basis that the president and legal representatives of the party hold dual nationalities of both the United States and Nicaragua.

The decision also stated that the right-wing party carried out verbal acts against the independence, autonomy, and sovereignty of Nicaragua. The United States has also criticized Nicaraguan regime for manipulating the elections through dirty tactics, which evince that the political instability is difficult to achieve in the foreseeable future.

The United States, along with many other countries, has severely condemned the crackdown on opposition parties and leaders by Ortega Administration.

The United States Secretary of State Antony Blinken says that the presidential race has lost all its credibility by the disqualification of main opposition parties and detention of opposition leaders.

Blinken also said that the United States considers the current regime in the country as undemocratic and authoritarian and a blow against democracy and free, fair elections.

Blinken has also made it clear that the United States will not accept the results of the upcoming elections, which further intensifies the crisis.