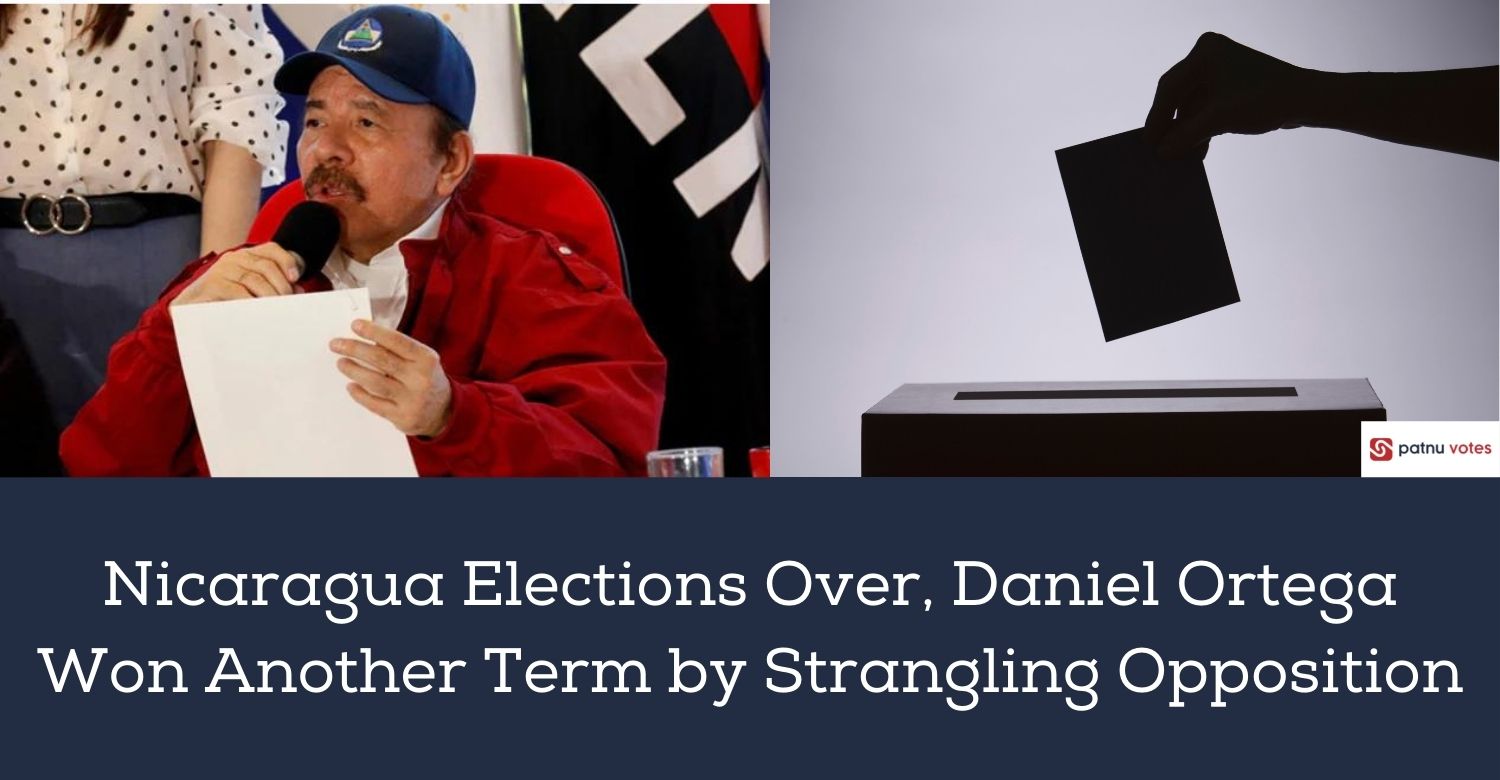 Daniel Ortega, a man who cemented his place in Nicaragua as a leader to overthrow the dictatorship in the country, is now ruling the country with authoritarianism forty years down the line.

He choked all the opposition during the recent elections to emerge as the “only leader” of the country as the general election concluded on November 7.

In the aftermath of the symbolic elections, the US has also threatened sanctions on the country. Daniel Ortega, a dictator of Nicaragua is the man behind the political suppression of the country. He is about to enter the four-term as a leader of the country.

Any voice that was raised against Daniel Ortega was shut down by the ruling elite, ultimately helping Ortega to reclaim the elections once again.

After shutting down opposition parties and banning campaign events in total, no other politician stood even the slightest chance against him.

His authoritarian behavior touched the highest limits when he jailed Sandinistas, who stood with him against Anastasio Somoza, another earlier dictator of the country.

Now Ortega is on the way for his fourth consecutive term, and every term ushers in a new era of oppression and dictatorship that clears his path toward the next term.

Almost six presidential candidates were detained before the final vote, making the grounds clear for Ortega.

Although five other contenders were present on the final ballot, none of them had enough support to attract the crowd to vote.

Ultimately those who had no support ahead of the vote were pardoned by Ortega, and the real challengers were detained to put on an authoritative show.

Nicaragua’s status quo put on a strong show of enacting legislation to strangle the opposition. Most of the leaders detained were tried against the national security issues to make sure that they could not run in the final race. Antony Blinken has already indicated the upcoming sanctions on Nicaragua which can come any time soon due to the unavailability of the democratic practices in the country.

Sanctions by Big Powers: The US Must Lead the Effort to Stop Straining its Borders

The United States was a stakeholder in the election results and is considered as one of the losers as well.

This is the reason why Antony Blinken said ahead of the elections that the United States will use a variety of tools, including sanctions, to hold the ruling elite accountable for any undemocratic practices.

Similarly, all 27 countries of the European Union also chastised the dictatorial elite for harassing the opposition, which depicts that the calls are rising against the Ortega regime from the power corridors of the world.

Often, the politically and the economically persecuted people in Nicaragua migrate to the United States, straining the resources at the country’s border.

These people ultimately increase the burden at the US borders, concerning the already troubled administration, which finds itself in the doldrums due to the illegally populated borders.

Nicaragua’s Supreme Electoral Council, an organization responsible for conducting elections, declared the turnout to be almost 65% when most of the choked opposition leaders called their supporters to stay at home and not to participate in elections.

Boycotting Elections: Not a Choice in Modern Day Politics

Boycotting elections have often been considered an easy escape for politicians who do not want to face the music.

While this may prove a fruitful strategy to record a momentary protest, at the end of the day, it further empowers dictators.

This strategy has been adopted by various politicians across the globe, for instance, in Iraq, where the same protesters who called for early elections ended up urging people not to vote.

Ultimately this strategy encourages voter suppressors and an indefinite cycle of disenfranchisement.

In an election widely believed to be rigged, almost all the regional countries are calling against the incumbent dictator.

From Costa Rica to Spain, from the US to Europe, a wave of voter suppression calls has brought the elections to the limelight.

Nonetheless, the US must need to lead the efforts to impose reasonable sanctions on the country but keep in mind that severe sanctions may play a role in strangling civil society.

Those sanctions could ultimately intensify the humanitarian crisis in Nicaragua that could lead to a mass exodus to the United States.

Campaign Promises Credibility: A Way not to Lose Your Voters in the Long Run
Fixing your Political Telethon strategy for Winning Easy Donations