Kyrgyzstan’s Political Turmoil: The Shrinking Space for the Election Campaign 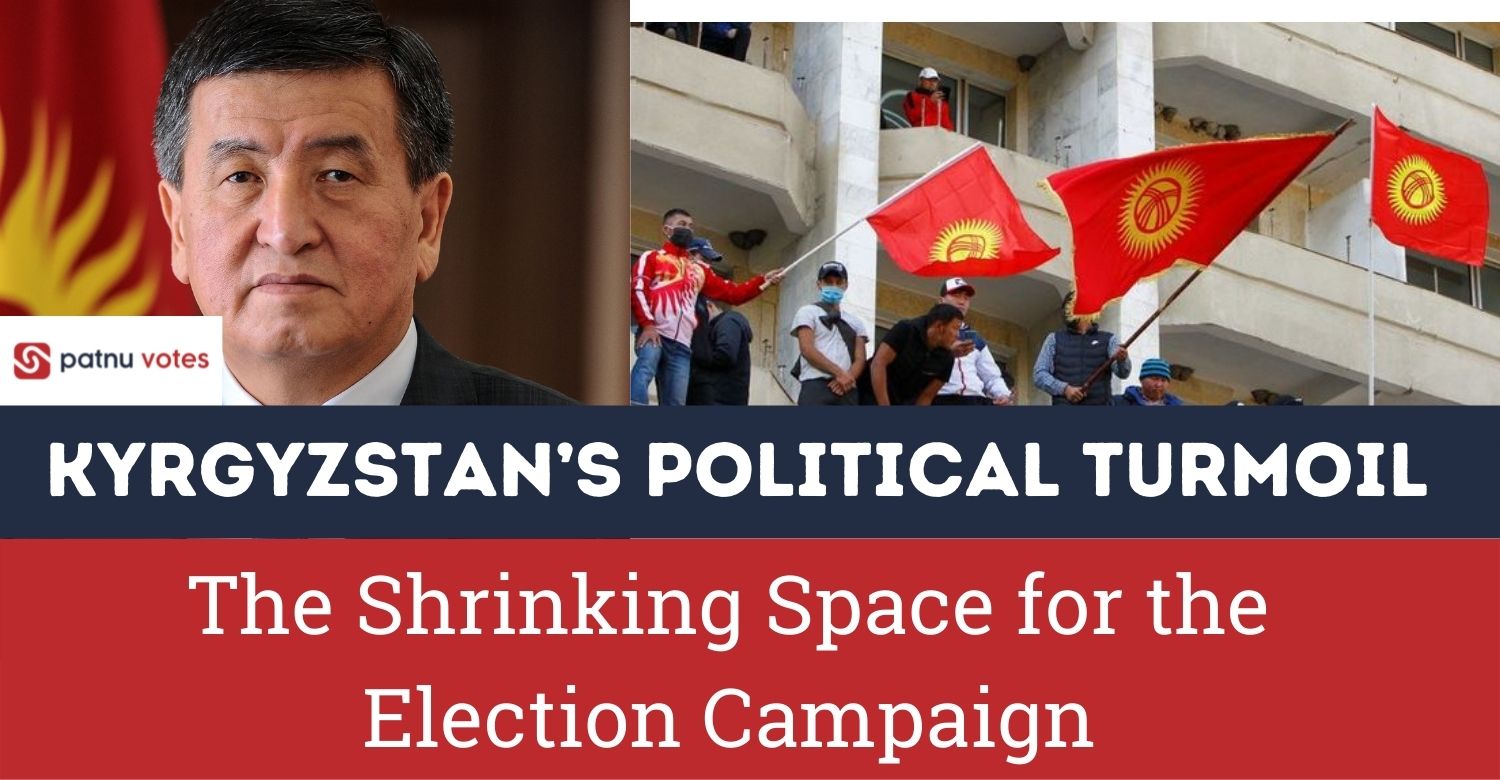 Kyrgyzstan’s Political Turmoil: The Shrinking Space for the Election Campaign

Kyrgyzstan is facing the worst political crisis in its constitutional history as the gristly political system succumbed to the popular protests in late 2020.

The pinnacle of the turmoil reached when the electoral authorities annulled the 2020 Kyrgyzstan elections by surrendering to the widespread and violent protests.

Seeing their demands being fulfilled, the protesters and advocacy groups are confident enough that they can bring the government to its knees at any time.

What is the prevailing situation in Kyrgyzstan, and how can the electoral politics unfold in the near future? Let’s see. Protestors Won, Government Lost When the Kyrgyzstan President Succumbed to the Mob

Followed the October 4, 2020, controversial national verdict, the downfall of the incumbent government happened, which failed to resist the popular pressure.

As the elections were declared null and void, the country started preparing for yet another Parliamentary vote.

However, instead of filling up the parliament, the administration conducted a constitutional referendum and presidential elections, as a result of which Sadayr Japarov emerged victorious as a president.

To exploit political expediency, the sitting parliament of Kyrgyzstan is rushing through a lot of legislation without any democratic process of debate.

The process of rushing legislation is primarily aimed to change the structure of the country’s parliament and the way it works.

As Kyrgyzstan deputies voted to decrease the members of parliament from 120 to 90, they are also orchestrating the way these members will be elected.

Thirty-six out of these ninety will be elected on a majority basis from single-mandate constitutes, where the contestants will no longer be required to be the residents of the constituency to run the elections.

This way, the all-powerful politicians of the country will be running from the areas where they can get an easy win, resulting in unequal representation in the parliament.

On the other hand, preferential voting will take place on the other 54 seats of parliament.

The political parties have much to worry about, given the changing dynamics of national politics due to the amendments.

The new parties have much to celebrate as political parties registered less than six months before the elections will also be able to contest elections.

However, experts believe that this tactic can be manipulated as political heavyweights can use the smaller parties to break the vote banks of their rivals. 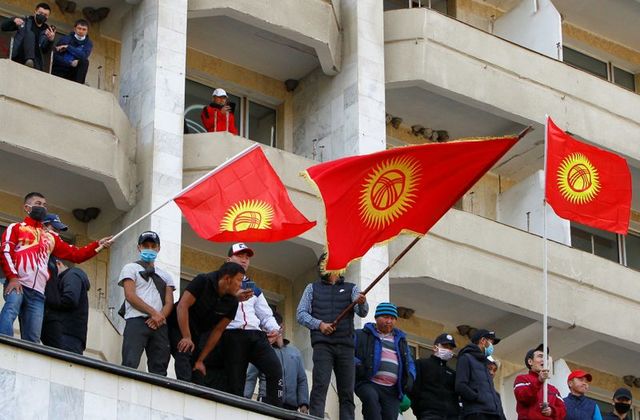 The mob and protesters have absolute powers in Kyrgyzstan, and another poorly administrated election can once again trigger unrest.

Restricting Election Canvassing in Kyrgyzstan: Online Campaigning is the Only Way Out

The election canvassing will also be one of the toughest challenges for the politicians of Kyrgyzstan.

This is due to the fact that the new amendments have limited the number of hired campaigners to 10,000 for political parties. Similarly, not more than 500 people can canvass the campaign of a single-mandate deputy.

Amid the times when canvassing is becoming a tough job, limiting these numbers can be consequential for many politicians.

Now they have to optimize their campaigns, and one of the best methods to do it is launching digital canvassing efforts.

Politicians leveraging their campaigns on social media and online reputation management will be the ultimate winners in Kyrgyzstan’s shrinking political space. 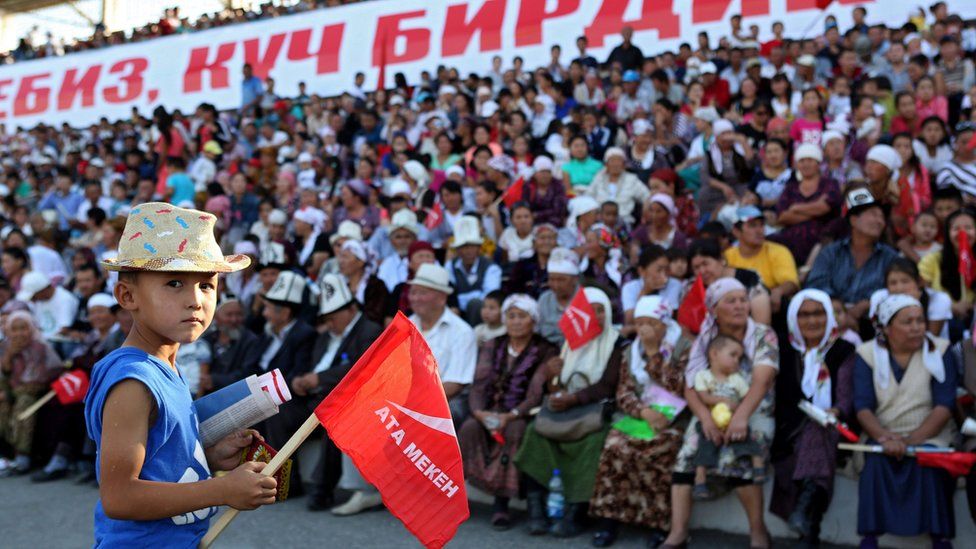 The space for the variety of voices in Kyrgyzstan is shrinking these days as the number of women, disabled, and young lawmakers will be reduced in the upcoming parliament with the new amendment.

Shrinking Political Space for the Vulnerable Entities: The Major Problem of Kyrgyzstan Elections

One of the key demands of the smaller protesting party was to reduce the threshold to enter the parliament.

As per the protesting entities, the threshold must be set at three percent, compared to the existing number of seven percent. However, according to the new amendments, the number is reduced to five percent.

While this step, coupled with the legislation to allow the new parties to run elections, is promising to help small parties, the critics believe that it will not serve the purpose it is supposed to do.

With the changing legislation, women, youth, and disabled people are also likely to suffer further.

While the 30 percent quota is still reserved for them overall, however, this quota is only applicable to the 54 seats now, which are supposed to be filled through preferential voting.

As patriarchy still persists in the country, the single-mandate elections still favor men heavily, due to which the women will remain out of the legislature to a great extent.

Seeing the voting patterns in the Kyrgyzstan legislature, only women lawmakers have raised their voices against domestic violence, kidnapping, and other human rights abuses against females. So, these causes are also likely to suffer once the new parliament comes in.

Kyrgyzstan elections need to be fair and free to restore the confidence of the general public in the electoral systems.

With the changing voting procedures and the shrinking space for journalists, the voters are suspicious about the Kyrgyzstan elections.

Their lack of confidence in the system was depicted when they turned out against the election results last year.

Now, when the next parliamentary election is near, the administration must course-correct, or another crisis could hit the country soon.