Iraq Elections: The Voices to Boycott the Polls are Louder than Ever Today 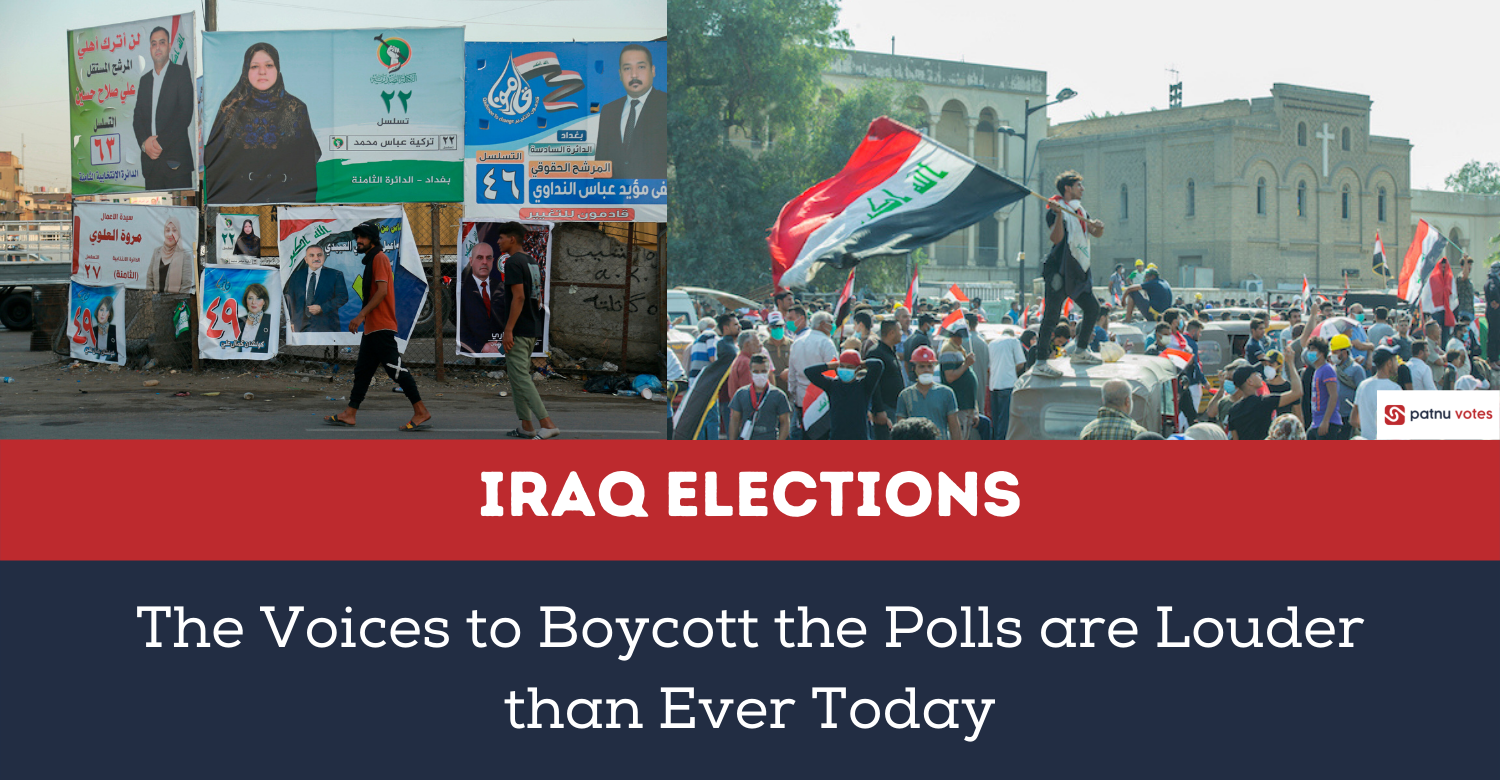 Iraq Elections: The Voices to Boycott the Polls are Louder than Ever Today

When Iraq succumbed to the popular protests and decided to hold the parliamentary elections early, the hopes were high that an actual systematic change was on its way.

However, another wave of protests is encouraging voters to boycott the elections completely, which suggests that democracy in the country is still a pipe dream.

The massive prevailing distrust of the Iraqi public for the political setup and public institutions of the country is encouraging them not to participate in the October 10 elections.

Meanwhile, the COVID upsurge and crippled economy are adding fuel to the fire, as it further makes the general public alienated from the country's current political setup.

The same people who incited the demands of the early elections are now calling the civil society not to vote.

Their reason for that is simple. They believe that systematic reforms are needed before an election so that the polls can serve the purpose they are supposed to do.

The demonstrators believe that a pervasive, corrupt regime is hindering the progress of the country, so the elections will only be of symbolic nature.

Read More: Russia Elections Bring Putin on to Once Again 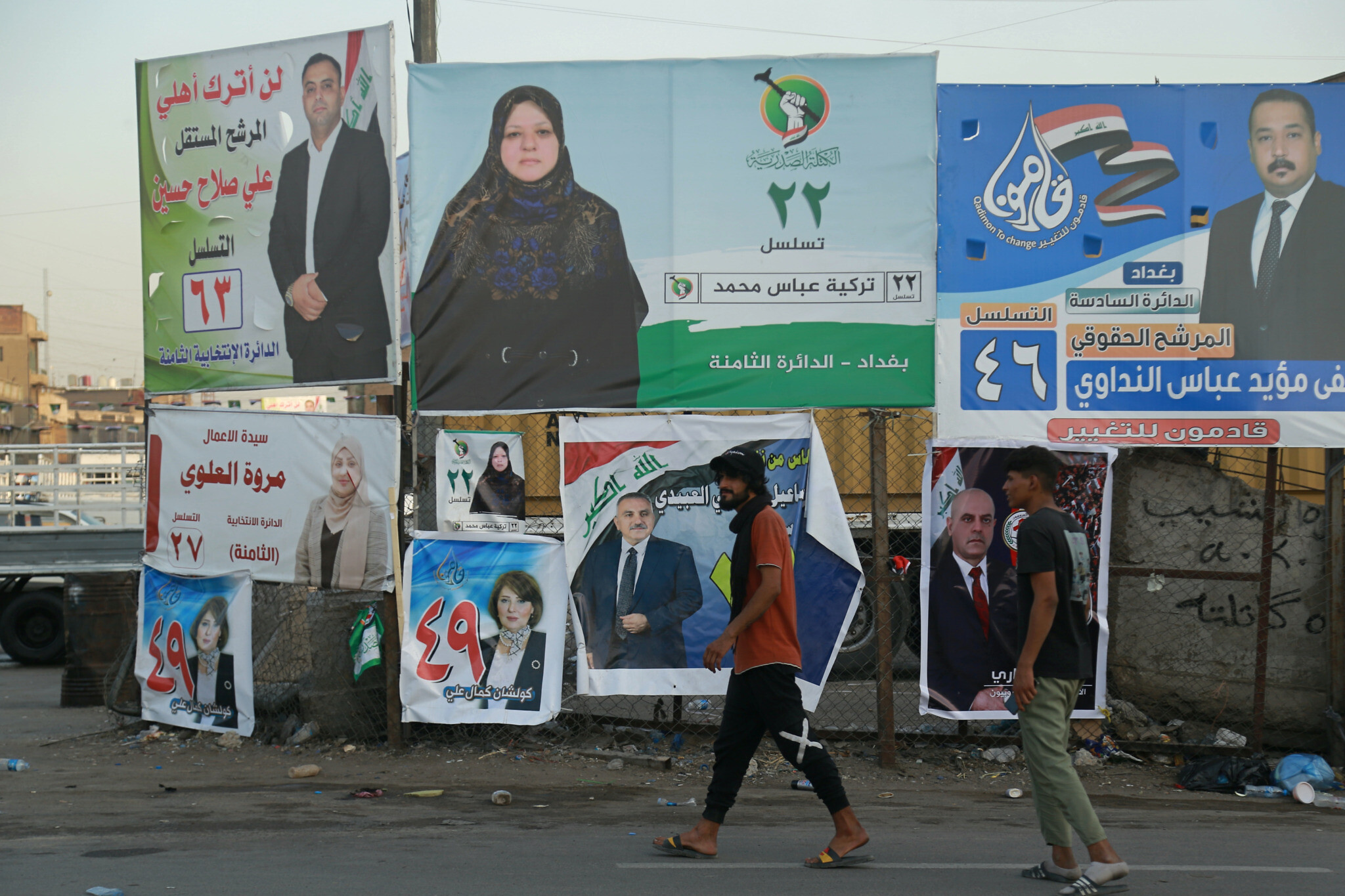 The emergence of popular protests before the Iraqi elections is inciting people not to participate in the upcoming polls which is defying the purpose of the elections completely.

Timely and Free Elections: The Necessity of Iraq Right Now

The timely, free, and fair elections are extremely crucial to the future of Iraq, as they would set the course of the country which just emerged out of the crisis which outbroke since the American invasion of 2003.

The wave of targeted assassinations against the electoral activists has also encouraged them to boycott elections.

Iran is allegedly backing the militias in the country in its everlasting bid to influence Middle East politics.

The American invasion of Iraq is considered a turning point in the country's history, when any hopes of democracy shattered with the emergence of too many ethnic groups fighting for their survival.

Despite the fact the US left Iraq, the proxies left by them were fomented by the support of the regional and global actors.

These anti-democratic extremist elements never endorsed any effort of elections in the country, which pushed the country into stone age.

Either they can stand up against the government and be ready to get shot down by the authoritative regime, or they can stop their voices and vote for the same status quo against whom they are protesting.

While some protestors are encouraging people not to vote anyone, others have opened their own political parties as they are trying to change the system using systematic means.

Boycotting Iraqi Elections Will Only Favor the Status Quo

The goal of the protestors is to weaken the prevailing status quo within the country so that the establishment could be shattered in its entirety.

They are the ideological boycotters of the elections who have high hopes from a country with no proper institutional framework.

However, these protests against the elections are not new. During the recent election cycles of Iraq, many civil society activists campaigned against voting in the elections, with little to no success.

These protests helped the status quo in maintaining their hegemony in the war-ravaged country.

While some activists are calling for the masses to boycott elections, others are forming their own political party to take the status quo by the horns. Some political activists are taking part in the elections by starting their own parties. For instance, one such movement is the Imtidad movement led by an activist Alaa-al-Rikabi.

Voter apathy is also an omnipresent issue in Iraqi politics. With no reform in ages, voters are losing their hopes in elections, claiming that no election can bring change in the troubled country.

Politicians are accumulating riches while voters are being left behind. This makes the anti-voting protests a popular voice, as activists have become the mouthpiece of the general public.

Meanwhile, the probability of political unrest remains high in the country as the elections come near. Even if everything goes smooth, an ethno-sectarian coalition will emerge out of the election that will once again set Iraq on the already-practiced system.

The global community has failed to rebuild Iraq after the US withdrawal, which served the purpose of Iraqi destruction.

Now is the time that global powers should try to intervene in the pervasive political unrest and provide the troubled country with humanitarian assistance.

This is the only way democracy can come in the country in the long run, and the country could once again start breathing.

Pandora Papers Released: Kenyatta’s Corruption is a Story of Misery Inflicting Misery on a Poor Country
Indian National Congress: Once a Popular Party, Now Struggling to Breathe in Indian Politics