President Gunned Down, Anarchy in Haiti: 2021 Elections in Danger 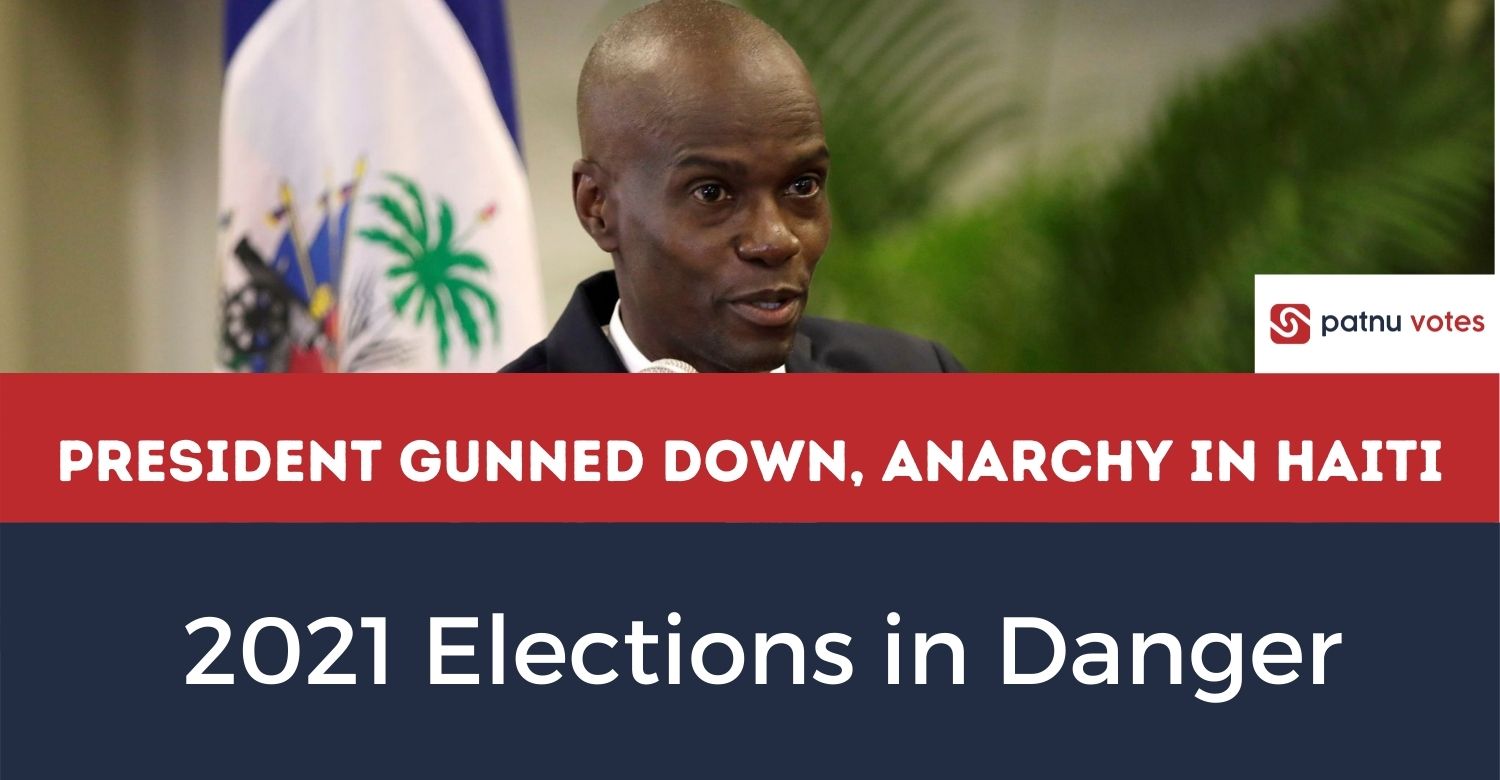 President Gunned Down, Anarchy in Haiti: 2021 Elections in Danger

With the killing of Haiti President Jovenel Moise, the country is in anarchy and chaos as it awaits the next elections in September 2021.

As the constitutional referendum, supposedly aiming to increase the Haitian presidential powers, was postponed in June, now it will also be held with the presidential elections in September.

As interim Prime Minister Claude Joseph has taken over the government following the assassination of the president, the Haiti elections of 2021 have grabbed even more attention as the political turmoil can trigger social unrest at a wider scale.

The talks of the electoral crisis were pervasive even before the president's murder, but now the situation has worsened to an uncontrollable extent. 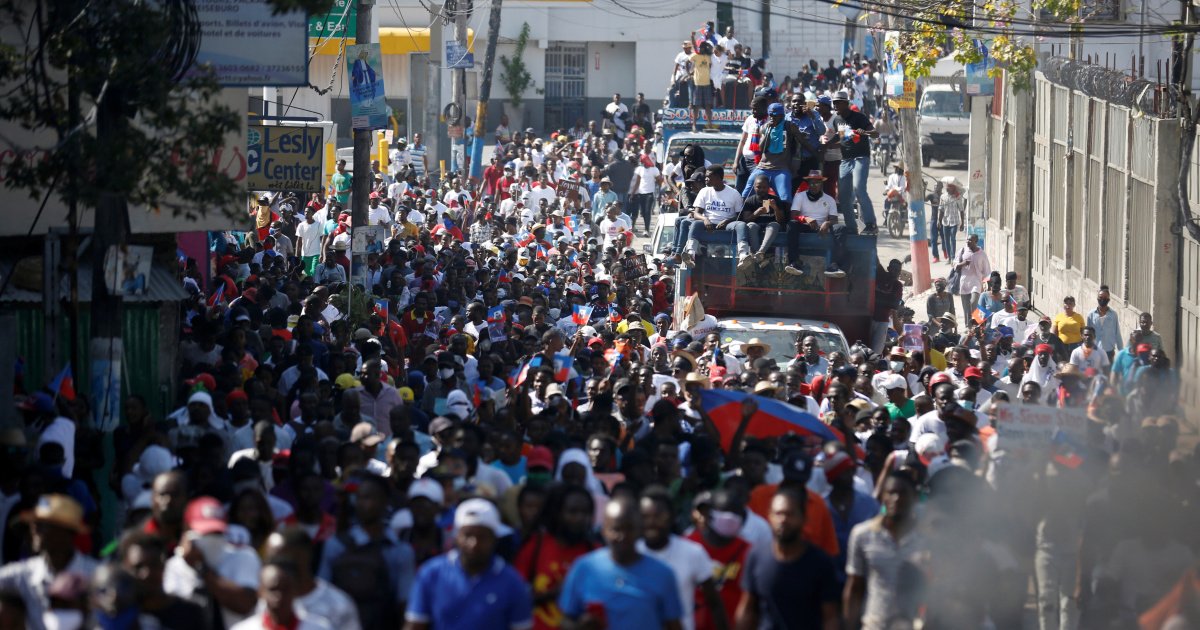 President Down: Haiti Under Crisis

The interim prime minister of Haiti staged a coup after Moise's death, declaring martial law in the country by closing all borders.

The timely election has also become a challenge for him amid the rising violence within this Caribbean nation.

Different power factions can see the president's assassination as an opportunity to seize power, making it difficult for the new head to take crucial measures.

In order to avoid any further political impasse, the Haiti elections must take place timely. For this, the US should push the government to do it, considering the influence the US exhibits on the nation.

The constitution of Haiti was drafted on the model of the United States and France. The latest version of the constitution was approved by the Parliament in 2011 and came into effect in June 2012.

Nevertheless, a score of loopholes in Haiti's constitution has created a constitutional crisis in the country.

Jovenel Moise was ruling Haiti under a controversial term, as the opposition believed that his term ended in February 2020.

However, the Haiti president evinced that his actual term started when he was elected in 2017, instead of 2015, the year he was actually sworn in after his predecessor stepped down.

So he bought two years of time with absolute powers, resulting in making too many enemies within his own ranks.

The Parliament was dissolved in February 2020 as its term was over, so Haiti was under one-man rule all this time.

This all-powerful man is now assassinated, and now the power is concentrated in the hands of the interim prime minister.

One Country, Two People Claiming to be PM: Haiti in Doldrums

Haiti is in the doldrums with two men claiming to have the highest office of interim prime minister right now.

Claude Joseph is the constitutional interim prime minister, claiming that the law and constitution designate him as the acting president.

On the other side, Ariel Henry, a neurosurgeon, was named as the interim prime minister by President Moise just one day before his death, but he never took office.

This has brought both the political adversaries to the crossroads when the country is still a few months away from the next elections.

Also Read: How Uhuru Kenyatta led a Digital Revolt to Outrace his Competitor 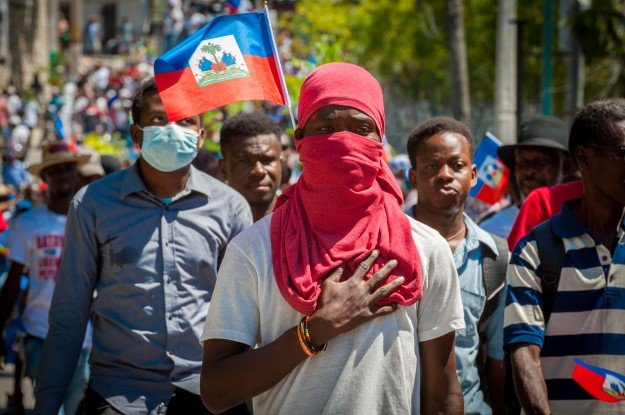 With the death of the Haiti President, the political unrest in the country is so severe that it could bring the country into chaos anytime soon.

Extremism and Misery can Trigger Violence in 2021 Haiti Elections

The country of Haiti is a story of misery. Since the devastating earthquake wrecked the country in 2010, Haiti has not come back to normalcy.

With 220,000 people dead and 1.5 million displaced from their homes, the masses suffered, creating social unrest in the country.

The voices for more government support towards the marginalized people are greater than ever.

With the deteriorating infrastructure and poor socio-economic conditions, any politician can exploit the public by promising their welfare.

The cholera outbreak in 2010 further made the suffering worse for Haitians.

With almost 800,000 people affected and 9000 killed from cholera, the outbreak of COVID in the country has added fuel to the fire.

According to World Bank, more than 90 percent of the population is vulnerable to natural disasters emerging from climate change, the most recent of which is Hurricane Matthew in 2016.

All of these crises played their bit to bring Haiti where it is standing today. These crises make the country prone to violence and an easy target of extremism. This violence can be seen in the aftermath of the Haiti elections.

According to a recent report of the United Nations, more than 5,000 people have been displaced due to gang wars in the capital city of Port-au-Prince.

Some areas of the capital are entirely controlled by different gangs.

Armed groups of government and opposition parties instill fear in people and affect the electoral process.

In popular neighborhoods, elections are never free and fair. The members of gangs not only affect the local population but also bar the media from reporting freely.

The ground situational realities in several cities of Haiti have never come into mainstream media due to gang violence, adding Haiti to the list of countries enabling the suppression of opinions.

The role of the United States and the United Nations becomes more important while the country struggles with too many complexities at a time.

Digital Listening and Internet Campaigns: Nobody Knows the Art Better than Kenya President Uhuru Kenyatta
Political Donations FAQs: Who Can and Cannot Donate to a Political Campaign in the USA