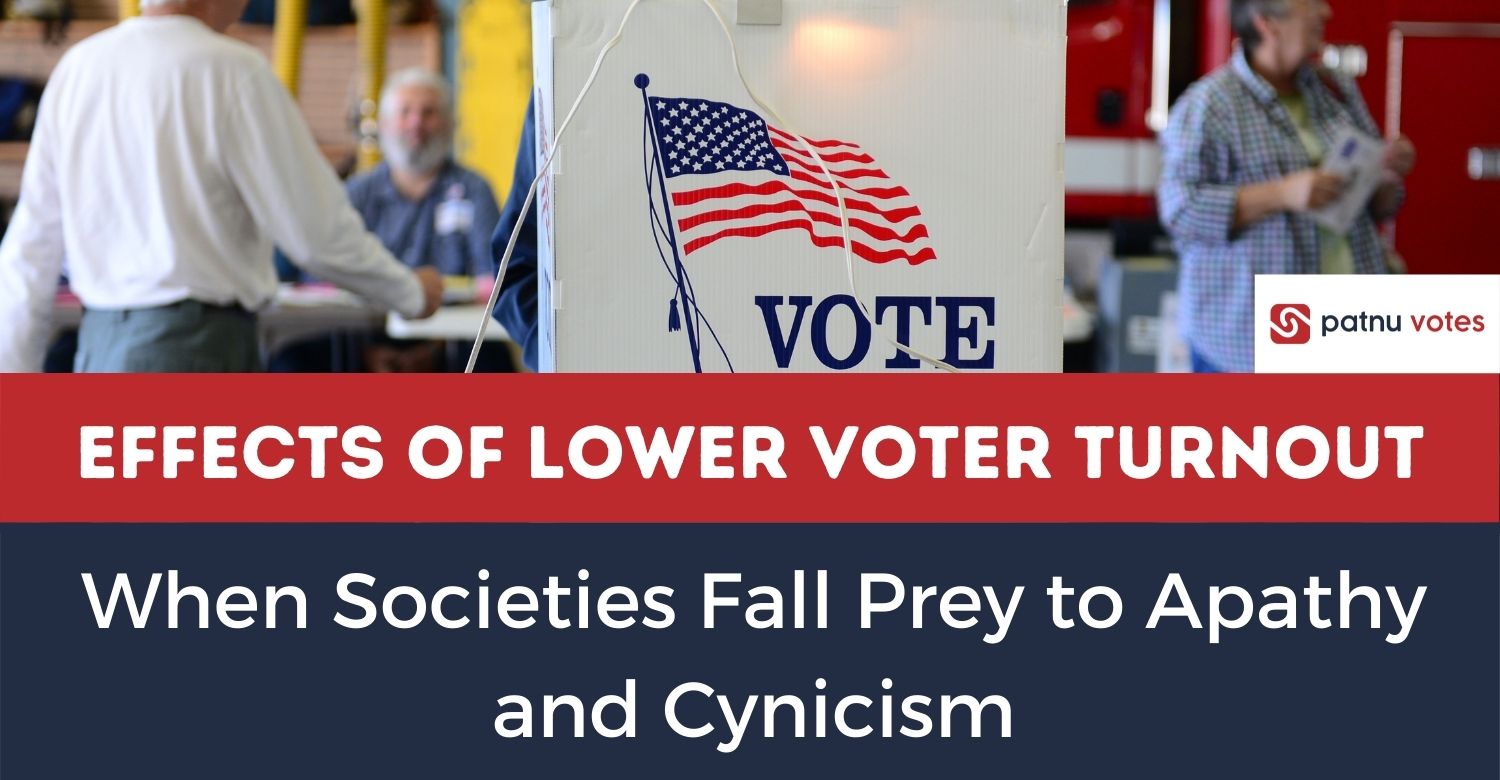 Higher turnout is a reflection of vibrant and robust democratic practices in any election. Contrary to this, lower voter turnout depicts cynicism and voter apathy in society, triggering voters not to exercise their right to vote.

The effects of low voter turnout are being studied by many political scientists and campaign psychologists, who try to leave no stone unturned to bring voters to the polling stations.

Low voter turnout is a symbol of people’s ignorance of their own rights. Even countries having the best educational standards globally are failing to attract higher turnouts on election day.

What are the effects of the low voter turnout? Let’s see. 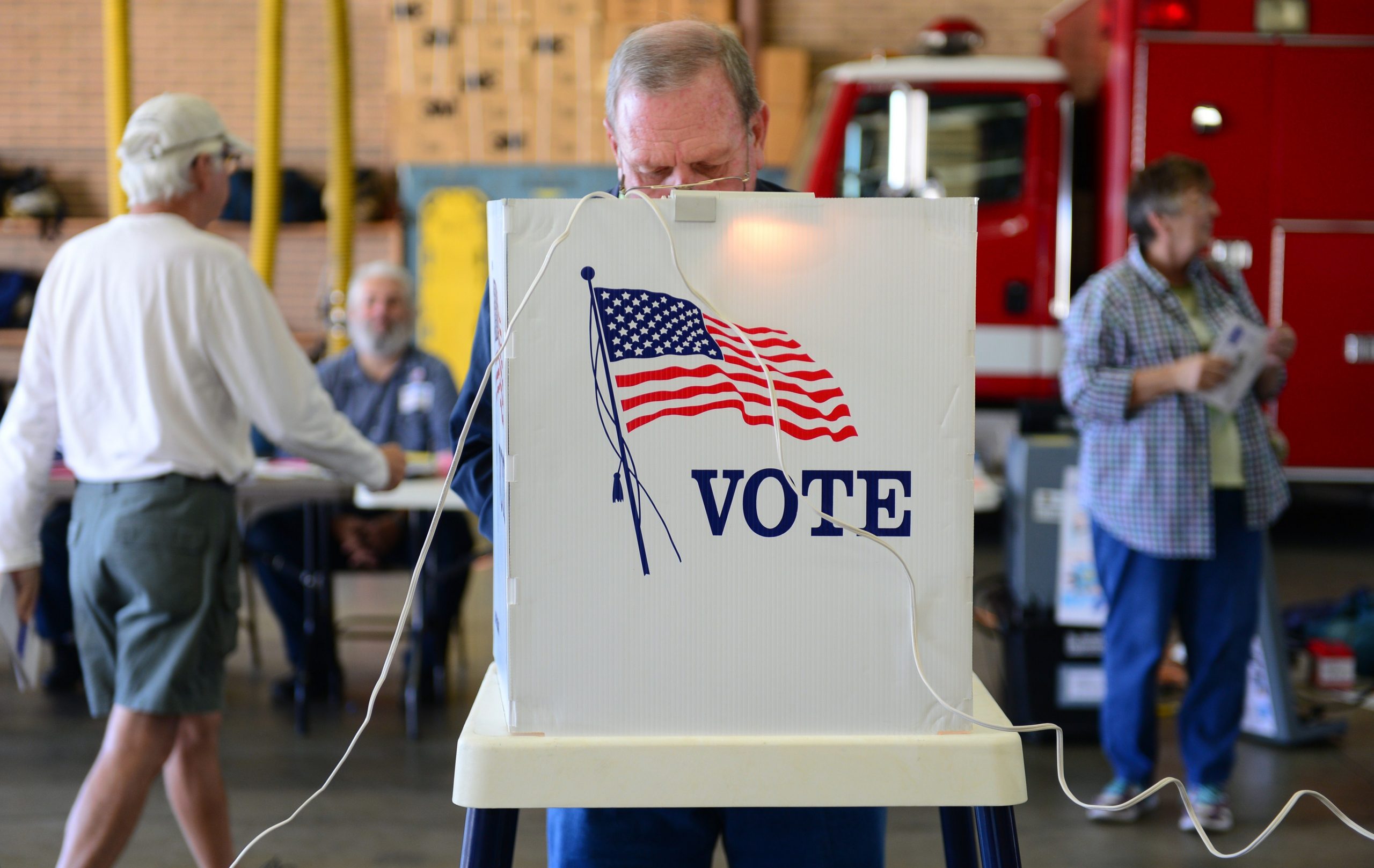 The representative democracy is meant for citizens to participate. This is the very purpose of this model. But what is the point of elections when, in many countries, the voter turnout is less than 50 percent, even in the general elections?

It means that majority of the eligible voters are showing distrust of the electoral system. This dismisses the very concept of representative democracy. The election in most so-called democracies does not portray the decision of the majority due to less than 50 percent turnout.

And what about those constituencies where a specific portion, let’s say women, are disenfranchised explicitly?

Surely it does not portray the will of the population then, in any case. This is one of the biggest effects of low voter turnout in the whole world.

Why would someone go to polling stations on the elections day rather than watching their favorite TV show sitting on the couch?

Voters sometimes become fed up with too many elections, and they start showing alienation from the whole process, a concept known as voter fatigue.

Instead of preferring standing in long queues they prefer enjoying the holiday. This leads to voter apathy and cynicism, where a significant portion of the country’s population is alienated from the system.

This could be an extension to Karl Marx’s critical theory, whose alienation theory opined that capitalism infiltrates the sense of alienation among the working class, as they feel a disconnect from their environment.

Many voters believe that they know about likely winners of elections, and their single vote will not make a difference. This is a classic example of a collective action problem.

The dilemma is that when all the voters think along the same line, it ends up tilting the elections completely.

But what about the fact that voters’ overconfidence that they “know the outcome” can cost the national elections to their otherwise favorite candidates?

In the 2016 Presidential elections, winning merely 80,000 votes in three states combined, including Pennsylvania, Michigan, and Wisconsin, would have won the elections for Hilary Clinton. Trump won all of these states by less than a one percent margin, bagging 46 electoral votes from these three states.

In that election, almost 100 million, or 43 percent, of eligible Americans did not bother to cast their ballots.

In Pennsylvania, Wisconsin, and Michigan, the voter turnout was 60%, 67%, and 63 %, respectively. Had the voters who “knew” the outcome bothered to go to the polling stations, the world would have been a completely different place today.

This is one of the effects of low voter turnout;  voters inaction is the reflection of disenchantment.

Critics defend it through the first amendment of freedom of choice. But will the clause be equally applicable when their inaction is having an impact on such a wider scale?

Low Voter Turnout: The Success of the Voting Suppressors

Low voter turnout is the success of the voter suppression supporters who often try to disenfranchise the voices that can matter.

The low voter turnout encourages them that their efforts are yielding great results and that they should continue legislating against voting rights.

In some countries, women are disenfranchised not through legal actions but “social norms.” When people see the success of their efforts, they try to disenfranchise others even further.

The low voter turnout is a collective action problem which is also evident from the fact that political campaigns rely on data these days. It helps voters to ignore popular voices on national issues because they know that the public will not vote anyways.

They feel safe and sound, ignoring the general public and not complying with their campaign promises.

Amid the abundance of voter fatigue, some political voices win, trying not to be judged by the public.

The application of compulsory voting can, undoubtedly, neutralize the effects of low voter turnout. Politicians who are worried about voters’ fatigue need to launch digital “go to vote” campaigns to persuade their potential voters to go and cast their ballots.

Pursuing the undecided voters is a path to follow in these times as they belong to the majority camps most of the time.

Mending the reputation is one of the top ways through which the effects of low voter turnout can be tackled by pursuing the eligible population of all the voting age groups.