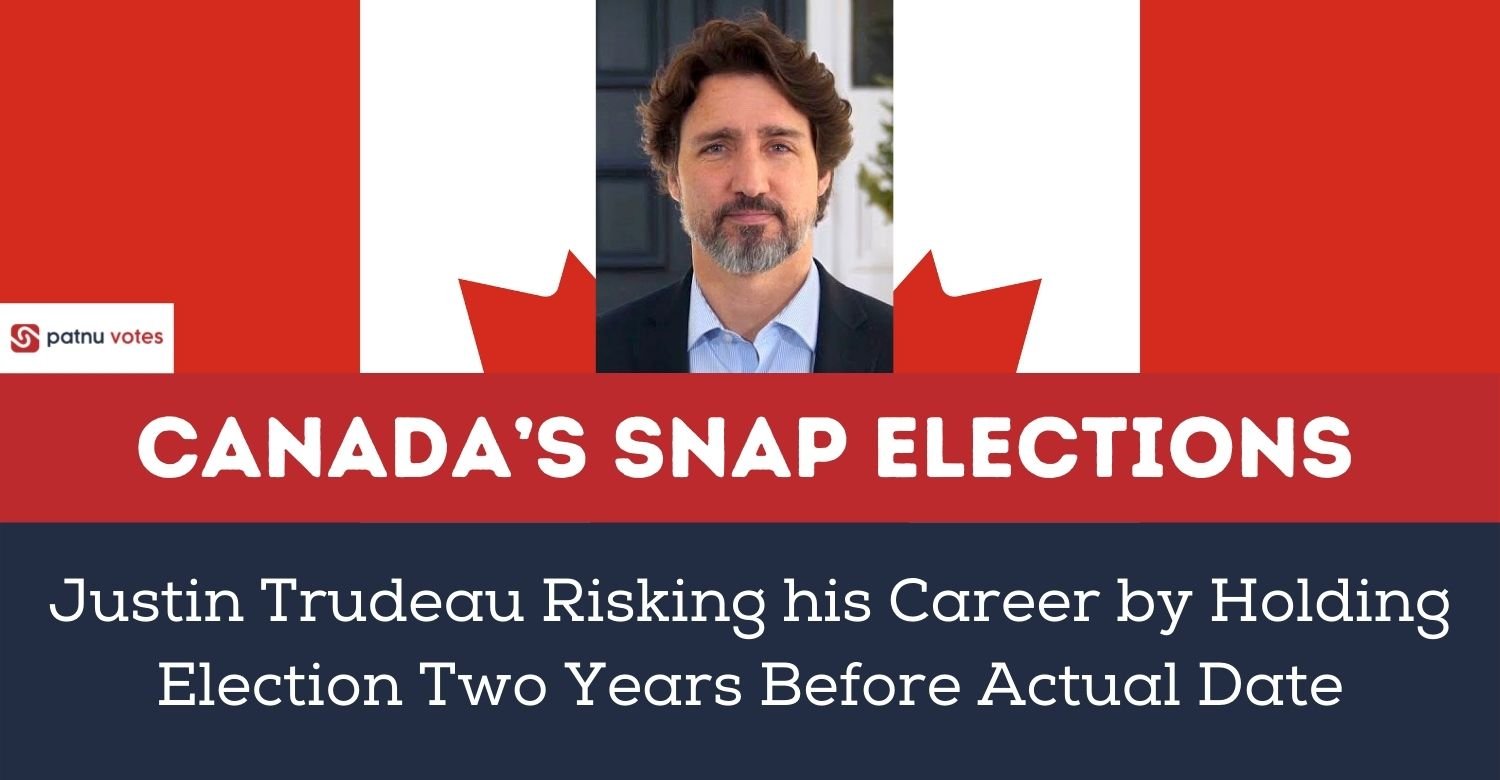 Canada’s prime minister is stranded in a dead-end tunnel where he has to rely on the opposition party to carry forward his legislative agenda while leading a minority government.

This dependence on the opposition benches has created a backlog of legislation that is stopping the incumbent prime minister from implementing his election manifesto. For this reason, Canada is likely to go into a snap poll in September 2021, two years before the actual date of Canada’s federal elections in 2023.

The Canadian prime minister is risking his political career, albeit relying on data that he will comfortably seize a majority in the snap poll.

Many people were confused about when the next Canadian federal elections are. The answer is that it was supposed to be held in October 2023, but Justin Trudeau is counting on his administration’s work in tackling the coronavirus pandemic and the economic boom.

The prime minister has to rely on the Governor-General to dissolve the parliament and call snap elections, a request which the incumbent is likely to entertain. 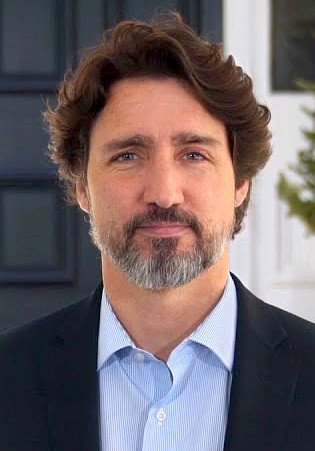 The likely snap elections of Canada is a political risk by the incumbent Prime Minister Justin Trudeau who is staking his majority to get even more seats in the legislature.

Federal elections are held every four years in Canada. The ruling Liberal Party of Canada won 184 seats in the 2015 federal elections, empowering Justin Trudeau to make his own government without counting on a single opposition member.

However, the 2019 elections saw a dip in Trudeau’s popularity as the incumbent party won 157 seats in a House of 338 members, hence falling short by 13 seats to reach a magical 170 mark.

The backlog in Canadian parliament is real. Almost 110 bills are swelling up the pile that conservatives are sponsoring.

This has stashed Trudeau’s hopes about legislative reforms as he always ends up compromising on bills to incorporate bipartisanship.

Currently, he is not in the position to wait for 2023 as many voters can part their ways with the party for the lack of action.

This is the reason he is likely to trigger a snap vote in September, seeking a majority once again. The liberal prime minister has to make a net gain of almost a dozen of seats to make a government on his own.

The liberal stances of Justin Trudeau have made him popular among the people. His policy measures of vaccinating the people as per their own will have extracted big results, as over 80 percent of the eligible population has been inoculated with their first shots.

This policy of Trudeau is result-driven, as the number of active cases is less than 6000 in the whole country, making it one of the safest places to live during the pandemic. The death and hospitalization rates are even lower.

Earlier this year, when the country was battling with the third wave, a bit of disapproval of Justin Trudeau was seen in the general public.

Read More: Zambia is All-set to Go to Elections Amid Autocratic Government Ruling 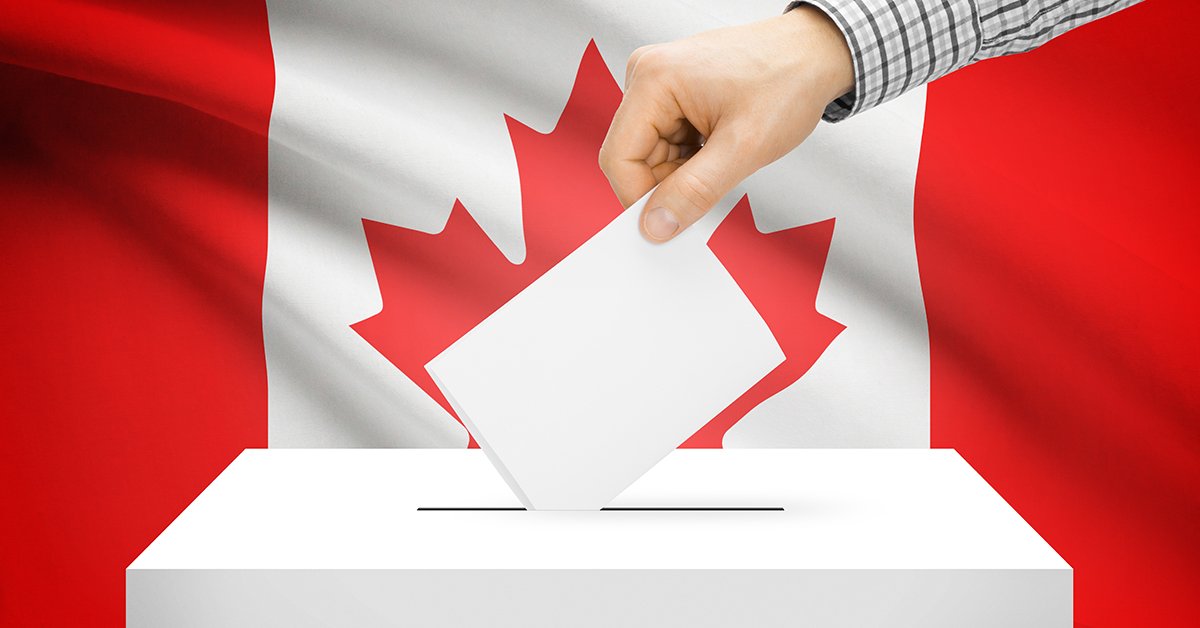 Canad voters have a tough choice to make as the polls are showing worrying response for the incumbent party.

Who Will Win the Canadian Election? Canadian Federal Election Polls Shows a Worrying Trend for Trudeau

Pollsters show that the Liberal party would win 34% of votes compared to conservatives, who would win 29%.

Canadian federal election polls suggest that Trudeau can face a tough time in making the majority government. However, this seems to be a systematic risk by the Liberal party, which wants to get rid of the minority government as soon as possible.

Even if he fails to win an absolute majority, he would still be in a position to make the government, as per the numbers.

Although these numbers are not very encouraging for the liberal Prime Minister who wants to get rid of the minority government, data by other polls show a promising trend.

However, if Justin Trudeau fails to make a majority government once again, it would be a referendum of the Canadian voters that they want to see a new face in the leadership role.

Read More: Digital Election Campaigns are the Only way to Win Elections these Days

The Canadian prime minister is counting on the persisting patterns. Four provinces of Canada, out of ten, held elections during the coronavirus pandemic, and the liberal party won every time. This means that the approval rating of the prime minister is soaring in the country.

Not only this, but the latest budget has also poured billions of dollars into Canada’s economy.

The Central Bank of Canada portrayed a positive image of the country’s economy, giving signals to Trudeau that now is the time to held federal elections of Canada.

The only thing which the prime minister needs to worry about is the fourth wave of coronavirus that has the potential to backfire on him in the last minutes.

The delta variant is a matter of worry for Canada as well, and if it somehow penetrates the Canadian population, his approval rating can dip immediately before elections.