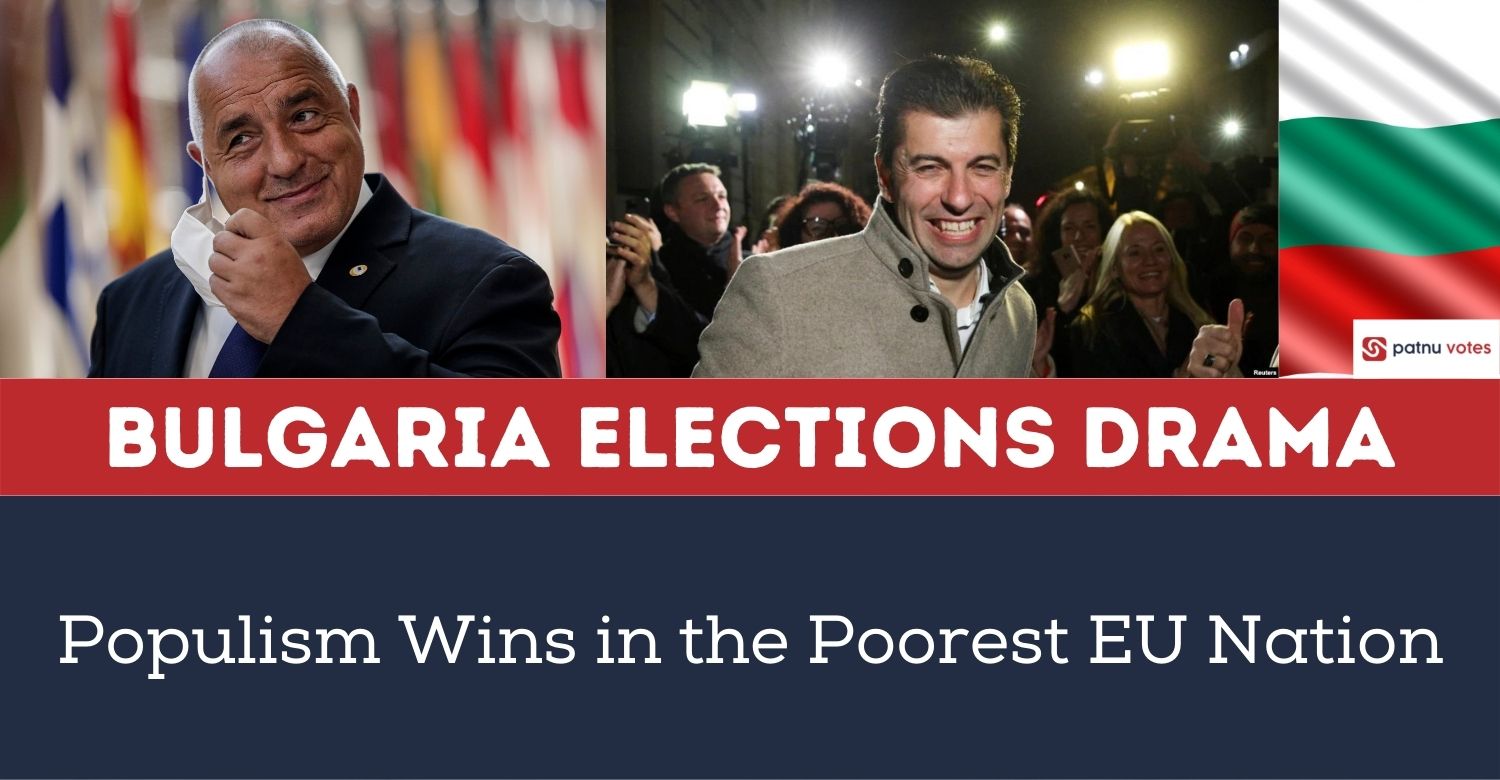 With the conclusion of the Bulgaria elections, a new anti-graft party has emerged on the national landscape by sweeping the elections based on a populist manifesto.

Bulgaria conducted three parliamentary elections this year in a bid to bring peace to the country and break the political deadlock; however, the crisis was too severe to be controlled by either of the elections. The general public was aggravated over the years of corruption by former Prime Minister Boyko Borisov, whose long-term rule ended after the anti-government protests.

People seemed to be pumped up by the new anti-graft party's promises that they would end corruption in the country.

This led the population to come out in significant numbers in the elections and choose them for the next government.

The story of the new party, named "We Continue the Change Party" (PP), is somewhat dramatic. It was launched only a couple of months ago and defeated political veterans who knew the dynamics of Bulgaria politics much deeper.

The party was formed by two Harvard graduates with the experience of serving as interim ministers.

Nonetheless, no party gained an absolute majority which is a tough ask in countries like Bulgaria, with too many political parties, each representing a faction of the voters.

The voters were fed up with too many elections resulting in deadlock. The dire COVID situation, persisting corruption, and rising energy inflation are what they wanted to heal. Thus for them, choosing a party specifically driven by an anti-graft narrative was the only option left.

The issue of chronic corruption is very near to Bulgarians' hearts, as the country is the poorest European Union country, the primary driver of which is graft.

The GDP of Bulgaria is only 55 percent of the EU average, which suggests the bleak condition of the economy and the fragile model on which economic development takes place.

To add a cherry on the top, people seemed to be fed up with the new faces coming under the same old status quo methodology, which alienated voters from the electoral process. 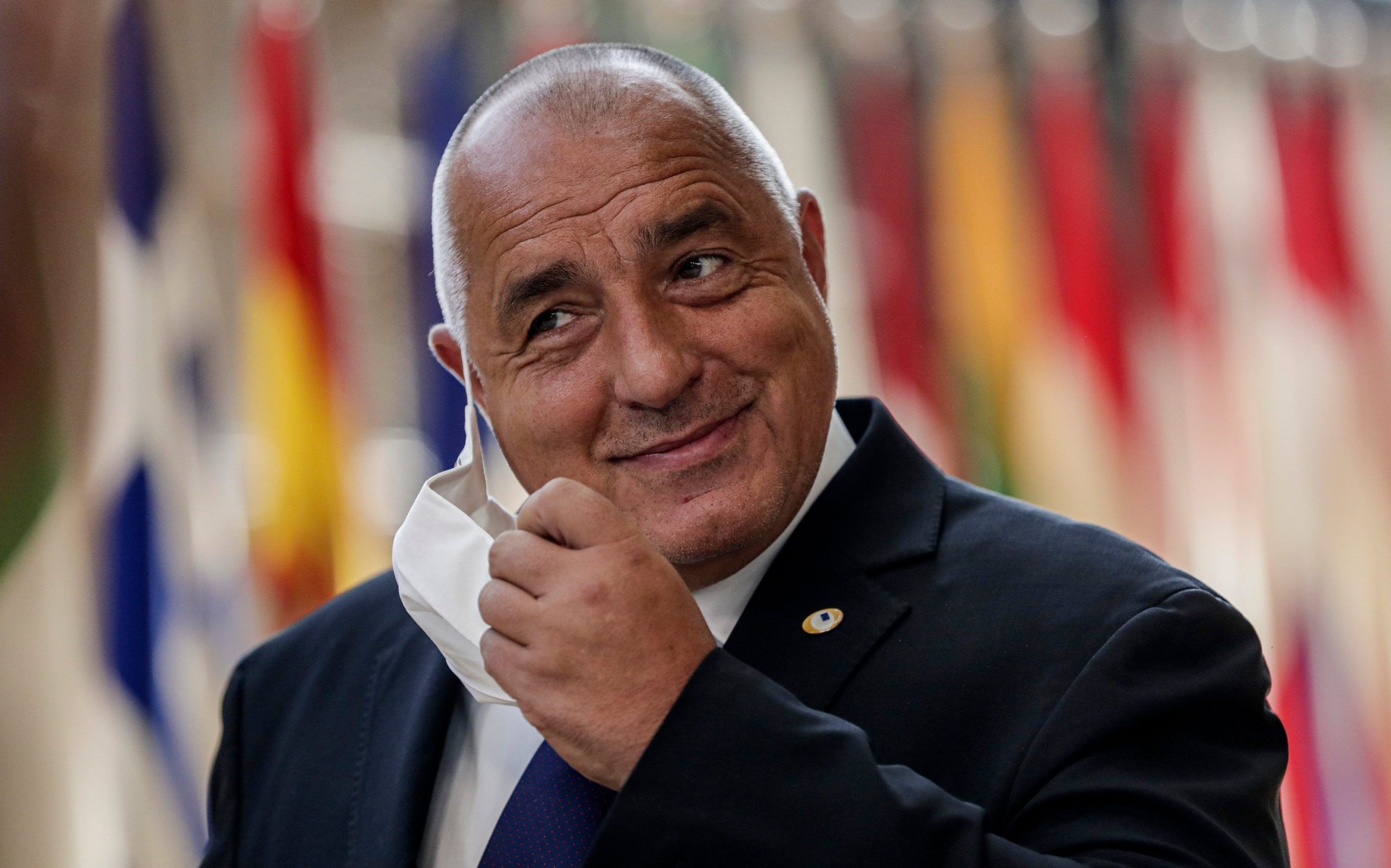 Voter Fatigue in Action: Bulgaria's Low Turnout is a Practical Implication of this

This sense of distrust by Bulgarians was shown in the November 14 elections as well, when only 40 percent of eligible voters came out to vote.

Voter fatigue is surely a thing that resists the change while encouraging the voter suppressors. Bulgarian elections tell the same story.

Voters were unsure this time too that their vote could bring up the conclusive change. Hence they resisted voting.

The ruling party also nearly crossed the line by gaining almost 23 percent votes, falling a bit short of the PP.

This depicts the state of bifurcation in Bulgaria, where voters fed up with corruption succumbed to the sugar-coated speeches of the ruling elite distinguished by the pervasive corrupt practices.

Boyko Borisov, a corrupt Prime Minister, himself measured voters' sentiments, then started promising voters that he would strengthen the institutional framework to curb corruption.

Hence, a lot of voters fell to his empty rhetoric, which he has perpetuated time again and again.

Now the talks of coalition-making will be initiated in the country, with the probability of the PP making a government with two other smaller anti-graft parties and a socialist party remaining high.

The ruling elite will have to move from the treasury to the opposition benches, as no anti-graft party will be brave enough to make a coalition with them, or it will be political suicide.

Nonetheless, once the PP comes into power, the eyes will remain on them to see whether all of their rhetoric will be backed by actionable strategies or if it was just political maneuvering to get votes and come to power.

Pros and Cons of Lowering the Voting Age to Sixteen: Giving Children a Participation Opportunity or Risking the Country’s Future?
Revolution in EU Politics: Changing Donations Rules can Choke Non-Compliers