Biden Gifting US Ambassadorships to his Political Donors: Conflict of Interest or a Fair Play? 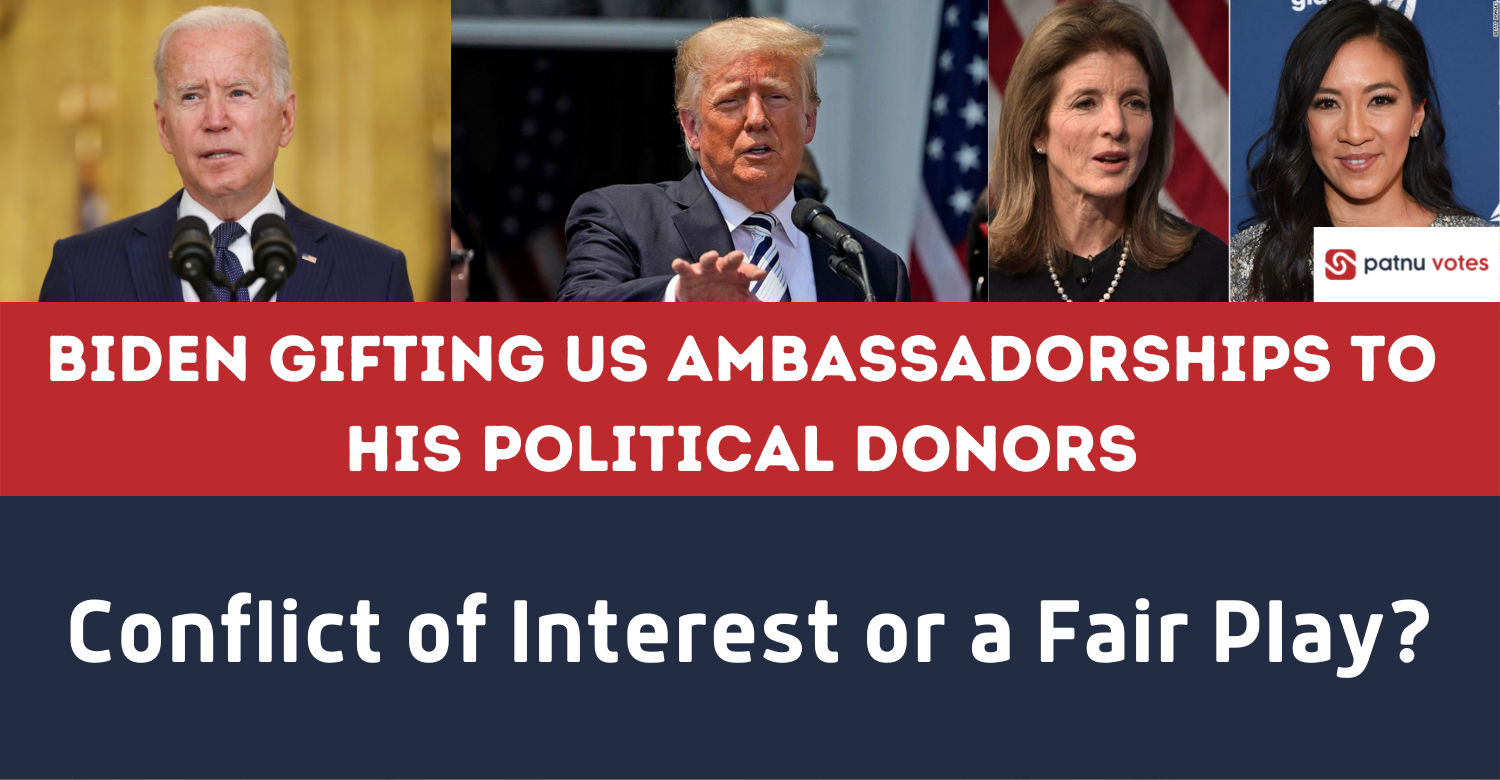 Biden Gifting US Ambassadorships to his Political Donors: Conflict of Interest or a Fair Play?

Politicians try to navigate unfamiliar waters many times to tap opportunities that could not be seen otherwise.

At a time when former US President Donald Trump was getting an unimaginable amount of donations from social media despite getting banned from Facebook and Twitter, Joe Biden has found a trick to catch up before the 2022 midterm elections.

Recently the US Senate approved a slate of US ambassadors for different countries, and all of them got confirmation due to the Democratic majority in the Senate. 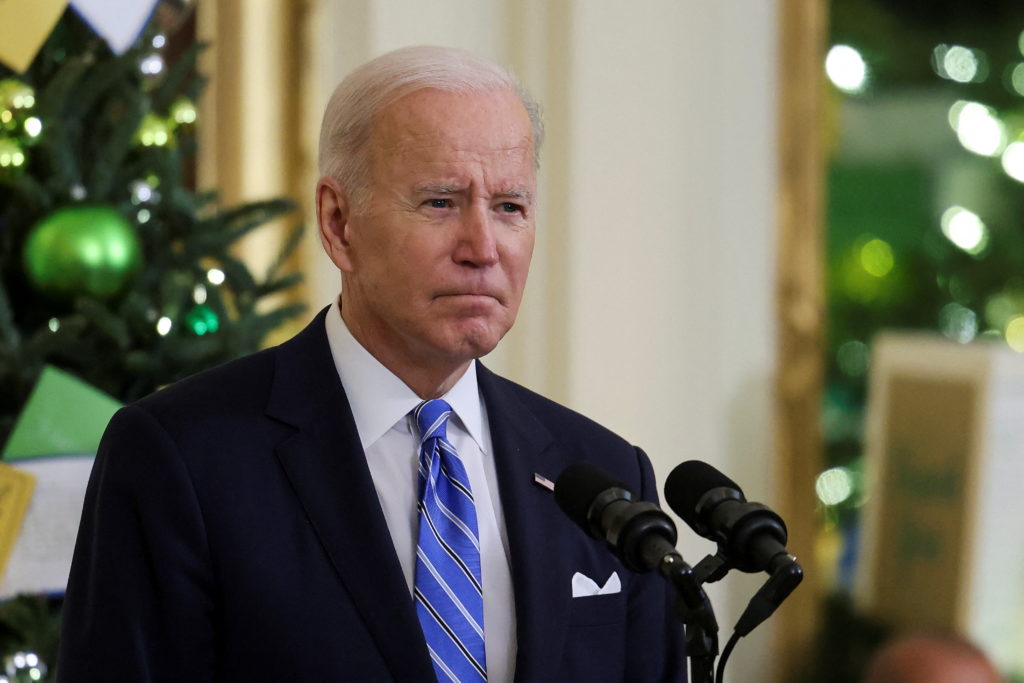 From Political Donors to US Ambassadors Overseas: Big Money in Action

Most of those people have no diplomatic experience. However, they have one thing which every political candidate needs, i.e., big money and the willingness to donate it to political campaigns.

Whether this practice is correct or not is a whole new debate; however, this method has been observed by politicians of both parties of the United States.

The naysayers of this approach believe that ambassadors are the spokespersons for the country overseas, and putting non-career diplomats in such a crucial position can cost the country the war of messaging at crucial junctures. 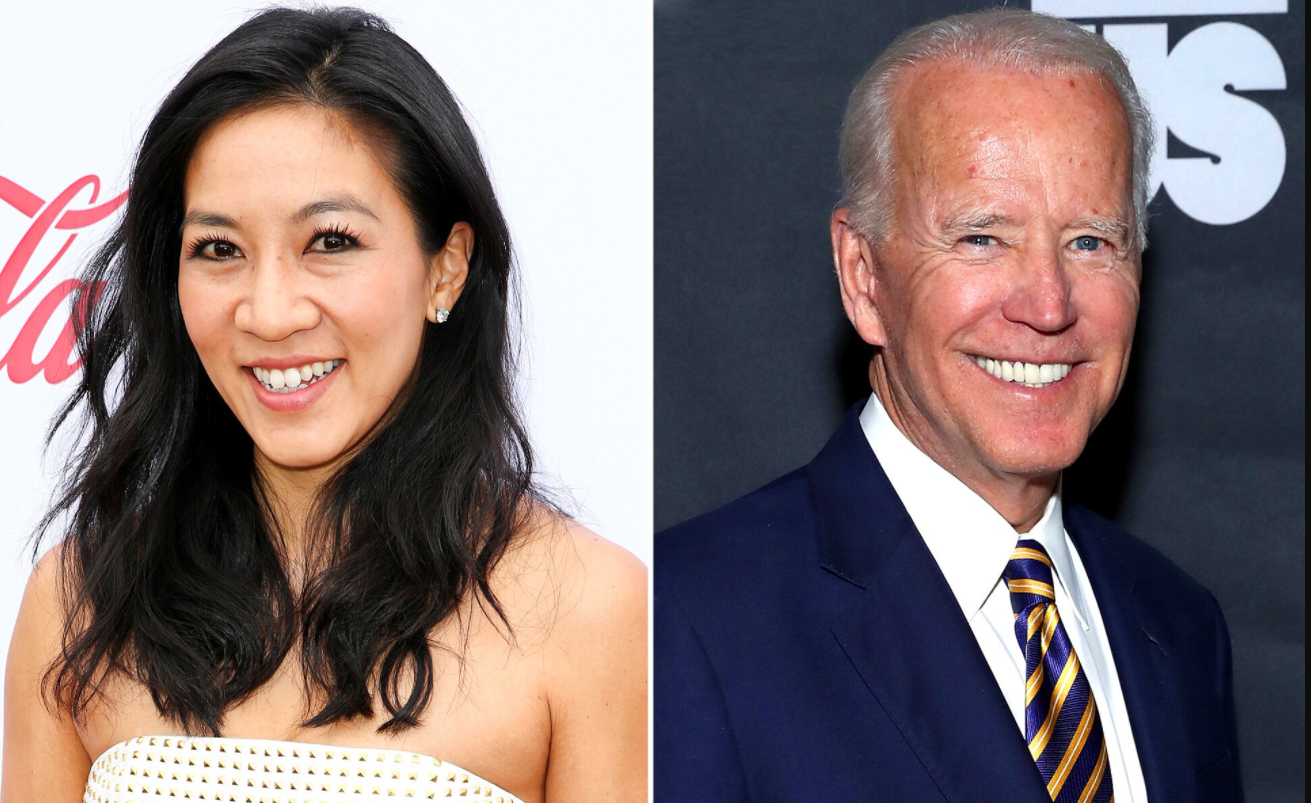 Observing Such Practices Can Result in Stagnated Foreign Policy

Many former diplomats, political ethics experts, and voices within the Democratic party are calling it an ill-advised practice observed by the president, claiming to sacrifice the US foreign interests just to reach political gains, and it allows institutional corruption to gain ground.

And Biden had this trick up his sleeve even before assuming the office in January 2021. He often pledged to reform the state department to strengthen American foreign policy, claiming that his predecessor isolated America from the rest of the world.

However, it is pertinent to note that of the political nominees, not all of them are wealthy donors. In fact, it can be a combination of former politicians, foreign-policy experts, former Senators who worked in the Senate Foreign Affairs standing committee, while some can just be a friend of the president to whom the president is unable to place anywhere else in the administration.

Sometimes politicians also reward their highly skilled volunteers because they help them get elected to office. Biden also did the same when he appointed Michelle Kwan, a person who worked with Biden’s campaign in 2019, as a US ambassador to Belize.

Such is the regard of volunteers and political donors that they can attain the post of their choice if their favorite candidate wins the elections.

As the practice is not unconstitutional in itself, it cannot be overruled at all. However, keeping a fair balance between career and political nominees is an extremely crucial choice that must not be ignored.

Foreign service is one of the most important organs of any country, and a bit of negligence in propagating the message of the country can have far-reaching consequences.

Countries on the receiving end of this practice can perceive it as an insult that the other country is not serious in establishing bilateral relations.

And eventually, no politician can hold his donor accountable if anything goes wrong from a country’s embassy overseas. Obviously, you don’t bite the hand that feeds you. However, career diplomats can be held accountable for everything they pursue incorrectly.

Thus the practice of appointing political donors as ambassadors to other countries should only be followed as long as there is no other viable options present.

Otherwise, a conflict of interest may arise that will haunt the country in the long run.