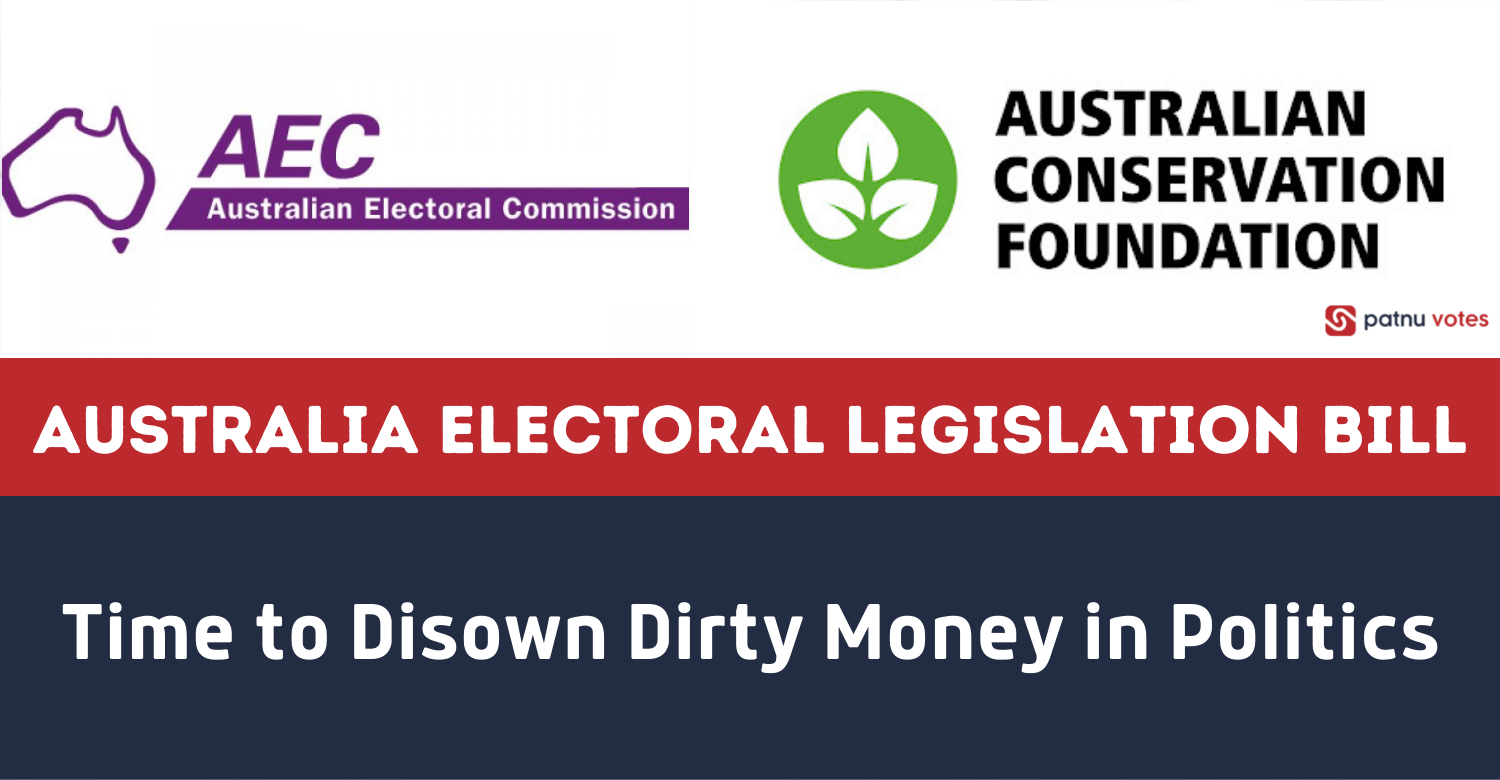 Australia has introduced new amendments to the electoral legislation that, according to some, will benefit the incumbent party and will leave unintended consequences in the politics of the country.

However, lawmakers are committed to freeing Australian politics from foreign donations that have created a conflict of interest among political parties.

Many experts also believe that government is not serious about ensuring political transparency based on some previous legislation passed by the government, saying that these reforms are meant to decrease the competition in the political spectrum.

But introducing the Australia Electoral Legislation Amendment (Political Campaigners) Bill 2021 has ruled out such concerns and has convinced the critics to believe that the government is committed to ensuring transparency in the electoral process and reforming the process as a whole.

The new electoral bill introduced by Australian lawmakers will provide the Australian Electoral Commission (AEC) with the tools needed to further disclosure and transparency from entities seeking to influence the electoral matter.

The political parties of Australia were able to hide the black money before this legislation as there were no standard laws to address the situation.

But after this new amendment, there are standards and rules that could punish political parties receiving dark money from domestic or foreign sources.

Under the new rules, political parties will now have to register as significant third parties in case:

Australian politics has been dominated by fundraising vehicles, most of which work in the dark, receiving funding from unknown sources who later try to influence the lawmaking and administrative process.

Many organizations are structured as fundraising operations and were able to avoid disclosure, but now they will have to open their books to reveal any dark money.

Many lawmakers have opposed the new legislation, saying that it is meant to decrease the political competition, throwing many parties out of the electoral process.

The truth is that the parties opposing this legislation know that they have something to hide, and once it comes out, they will be exposed to the masses.

For example, the Australian Conservative Foundation (ACF) admitted to the Electoral Commission that $472,121 was used in the effort to directly influence voters to vote for conservative parties such as The Greens.

The Election Legislation Amendment (Annual Disclosure Equality) Bill passed alongside the Political Campaigners Bill 2021 will ensure that no candidate is able to avoid annual disclosure of funding and that all candidates will have to submit annual returns when they receive electoral donations personally.

These reforms are truly meant to strengthen the election integrity and transparency, contrary to the idea that is being spread by opposing parties that it will undermine the process.

The Australian government has been busy lately introducing a number of legislations meant to uphold election integrity and modernize the process.

However, many opposition parties have shown some serious concerns about these bills, terming them as tools to win the upcoming election.

Political Campaigners Bill 2021 is a good step, but the government should also consider the points raised by opposition parties, create a bipartisan atmosphere, and ensure that the electoral process cannot be sabotaged by domestic or foreign entities pouring in millions of dollars in the name of electoral donations.