Currently, the Australian Prime Minister is exploring untapped fronts to tackle the surging Omicron virus crisis and encouraging backpackers to come to Australia to join the workforce. At the same time, America is discouraging its citizens from going to Australia.

Prime Minister Scott Morrison is facing a tough reelection amid these types of crises coupled with the economic strain that is choking the country, with the calls that people should "respect" the Omicron variant.

The opposition parties are the ones who can drive the next elections and put Morrison out of the game. A historical review of Australian politics shows that interest rates are one of the driving factors of politics.

The coalition has been ruling the country for a long time, and they were solely installed for their reformatory economic agenda, in which low-interest rates had a significant position.

In the 1996 federal election, the opposition leader from the coalition, John Howard, released the agenda of the government with an opening sentence that said, "A Liberal and National government will operate a well-managed economy and deliver low-interest rates."

If voters distinguish the ruling party from the opposition on one single point, it is the low-interest rate.

The 2022 elections will be a test of the economic management skills of the government, with factors like economic stability, national security, and pandemic record playing a significant role.

The lower interest rate narrative was also emphasized during the federal elections of 2004 and 2007.

Since the coalition took over the federal government, the interest rate has only been going downwards.

There have been eleven years of lower interest rates, and, after this decade, the sudden rise may not seem good for the federal government considering the economic uncertainties resulting from the pandemic at a global level.

There are still several ifs and buts that need to go a certain way before giving any verdict for the upcoming race, but if everything goes on a projected trajectory, the election battle will become a lot harder for the ruling coalition. 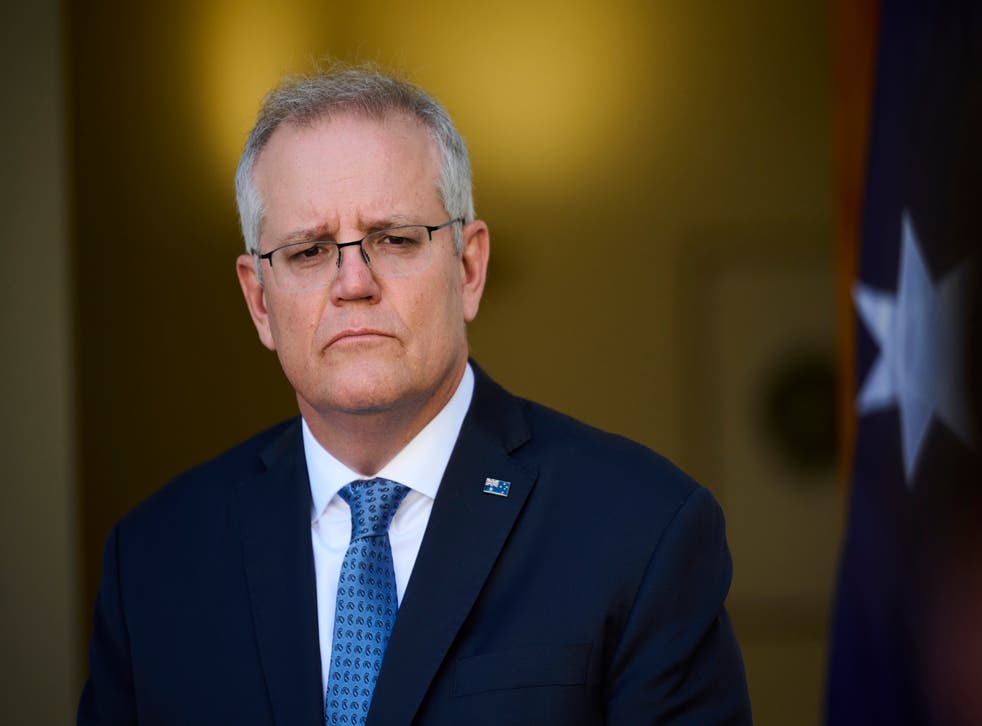 Morrison Might not be able to Secure the Fourth Consecutive Term

With the election campaign moving at full pace, Morrison is still preferred by many as the upcoming Australian Prime Minister, but the ground does not seem clear enough as it was in previous races.

The opposition is leading many opinion polls held in 2021, and therefore, the result is highly uncertain.

Morrison's government could not afford to lose a single seat, and the opposition Labor Party need to pick up only seven seats to win the majority.

Other key factors contributing towards the political demise of Prime Minister Scott Morrison include China, where Morrison is trying to paint the Labor party as soft on Beijing.

Labor Leader Anthony Albanese backed the AUKUS agreement with the United States and Great Britain, which has urged many people to believe that the coalition has been wrong about Labors being an apologist for China and weak national security.

This also backfired when Labor punched Morrison back with the AUKUS deal and gave the idea that Morrison is heightening rhetoric for domestic political purposes after failing to forge a proper strategy for engaging an increasingly assertive Beijing.

The campaign is currently running at its full phase, with Prime Minister Scott Morrison boasting his handling of the pandemic and promising to take the economy back on track.

Anthony Albanese, on the other hand, is making promises to develop infrastructure in New South Wales, the region that was largely ignored under the Morrison administration.

Another thing to consider is the election schedule of the federal elections.

In Australia, there are several factors and legal ways to decide the schedule of the election, and according to these rules and regulations, the elections are expected to happen in May, but the Morrison government has still not announced any schedule because they are not ready.

While on the other side, Albanese and the Labor party are ready for the election, with the election campaign moving at full pace.

The approval rating of Scott Morrison is at the lowest in the last eighteen months, with a slow vaccination program and prolonged lockdowns and border closures that have been hurting the economy and affecting the people in every realm.

This election might not be an easy one for Morrison with the Labor Party putting its full effort in stopping in from serving the fourth consecutive term as the executive head of the country.

Morrison is still preferable for many, but people are not convinced about his economic plans, and therefore the need is to provide immediate relief to the people along with long-term initiatives that would heal the economic and social life of the country. Otherwise, a regime change is inevitable.

Political Influence Marketing: 5 Hacks to Make it Work
Opposition Research: What to Do and How to Do It