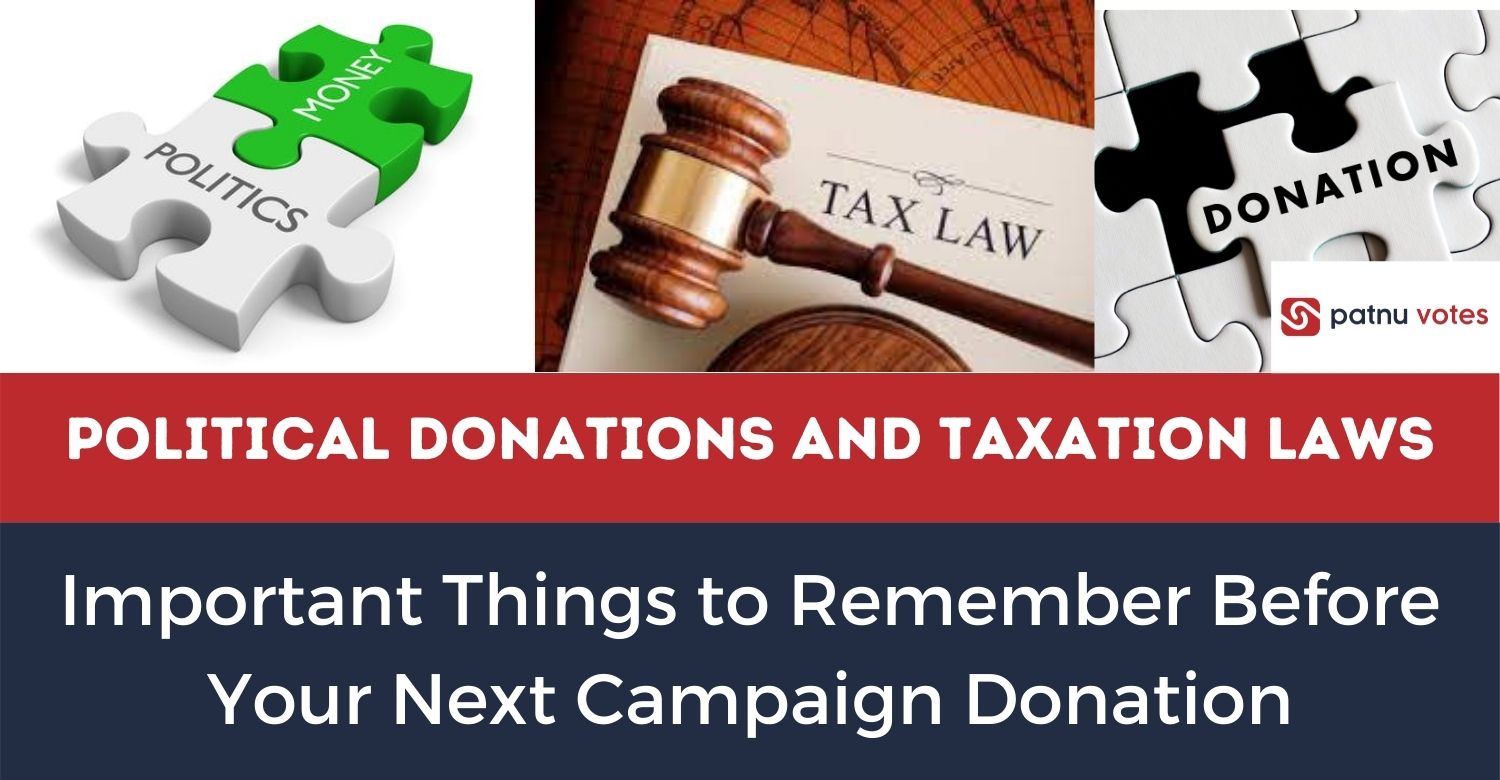 The same is true for most of the states as well, where only four states from all over the United States allow tax breaks from political donations at a state-level income tax.

Why are political donations not subject to tax deductions?

Many voters believe that a political donation is subject to the same laws as charity.

However, it is never a charitable contribution, as the federal law of the United States specifically mentions.
Due to the pervasiveness of the question, the Internal Revenue Service (IRS) explicitly mentions political donations as money that does not qualify as a charitable deduction on the individual tax return.

The point of this is simple. Political parties, elections, and campaigns are not the charity in any sense.
The only money that qualifies for being a charity includes money that goes to religious organizations, governments (solely for donations), NGOs, or non-profits.

What is included in non-deductible political donations?

However, some people are confused about what is counted as a political donation when it comes to tax deductions.

Whether it is cash or any sort of merchandise, or any money expended in support of the logistics of a political campaign, the nondeductible provision is applicable across the board.

Is the non-deduction rule equally applicable to businesses as it is to individuals?

The rules for businesses are the same as for individual donors or contributors. In fact, big businesses and self-employed donors have more deductions available to them if it becomes legal.

So just like individual taxpayers, their donations are not subjected to tax deduction either.

Are state income tax returns subject to the same laws?

On the other hand, Montana provides tax deductions on state-level income tax for political donations. For those looking for this relief, they need to shift to any of these states.

What are political donation limits?

An individual donor can donate as much as $2900 per election to a candidate committee.

Similarly, he or she can donate not more than $5000 to Political Action Committee (PAC) annually, not to mention the donation of a maximum of $10,000 to a state, district, or local party committee annually.

How to donate to political campaigns anonymously?

This brings us to yet another question of donating anonymously to political campaigns. According to federal law, any donations greater than worth $50 must not be made anonymously.

This is a reasonable provision considering the presence of dark money in politics. The compulsion is upon the campaigns to disclose their donors, making the political donations a public record.