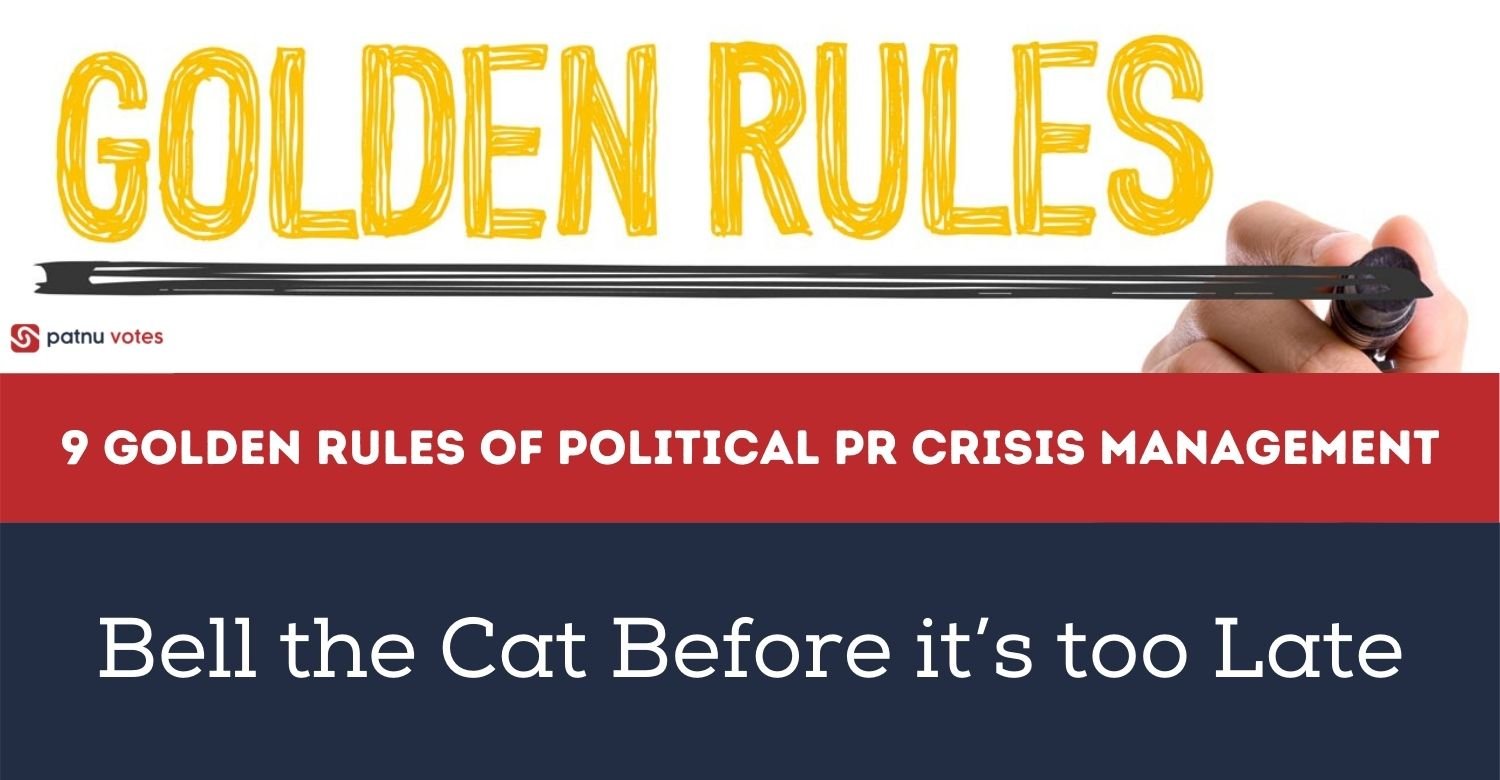 Public relations, or as it is commonly known, PR, is the only property of the politicians on which they can count in their career.

During election cycles, politicians may fall victim to their opponents’ propaganda or smear campaigns against them. This demands urgent action from them in PR crisis management.

There are 9 golden rules of PR crisis management that can help you get rid of the smear campaign without losing voters. 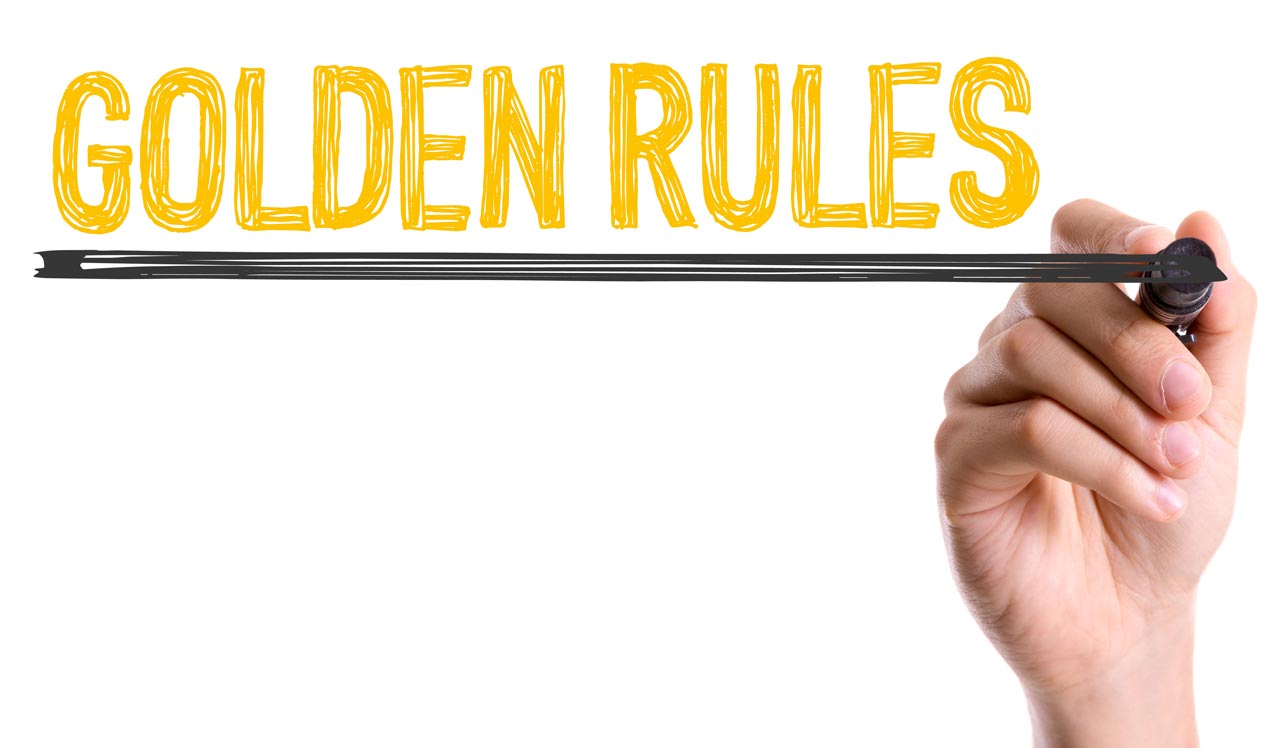 Politicians should always consider some golden rules of political PR crisis management to retain their voters in difficult times.

Escaping the situation is no option in PR crisis management, especially when the damage has already been done.

This could result in a public perception that you are leaving the field unattended, which could further pave the way for your rivals to election victory.

Instead, embracing the responsibility and taking the bull by its horns is the only way to kick off your reputation campaign.

For this purpose, a simple press release or press briefing can do wonders, as your voters will always be looking for your personalized response.

Similarly, you can also use social media to issue clearance about yourself.

Be Accountable: Don’t Give Your Rivals any Point to Defame You

Presenting yourself to accountability is the way with which you can persuade your voters that you did not do any damage.

This PR crisis management strategy can help you gain even new voters when they see that you believe in accountability and are showing a practical example of this.

Not doing this is a suicidal move in political PR crisis management, as your rivals will build a strong campaign on this blunder.

Foresee the Unfolding Situation and Launch an All-Out Campaign

The lackadaisical approach of politicians can worsen their PR crisis. It is always in their best interest that they foresee the situation to know what lies ahead of them.

This way, you can minimize the damage that would be done otherwise. Issuing a statement about the possible situation lapse in advance will help you not to lose voters.

Social Media Backlash is Inevitable: Don’t Take it on Your Head

Social media is the first-hand tool that most people would use against you in case of any political PR crisis.

You will be the subject of the viral posts along with hundreds of memes, but the key is to tackle this campaign as early as possible.

Only a timely digital election campaign is the key to success to save your reputation in these times.

Most voters are emotional when they see the PR crisis of their favorite political candidate. The only way to counter this is to walk the same path of emotions.

Instead of casually dealing with the matter, putting yourself in the voters’ shoes and admitting that you are equally saddened by the incident is the way to retain your voters.

As your reputation is your most important property, you would definitely not like to destroy it.

Put your digital team on red alert to see the changing patterns in the crisis and react accordingly.

Ask your team to never go rogue on voters, as it would only fuel the flame.

Stay Away from Knee-Jerk Reactions

The last thing that you can expect is to further advance these crises. When your election is at stake, going out of your mind is a normal phenomenon.

In these times of PR crisis, keeping silent is better than an irrelevant response to the voters.

Voting is a collective phenomenon, and offending even one voter can act as a compounding effect, resulting in a complete mess. So, holding your horses is an effective strategy to tackle these crises.

Launching an all-out assault is the only way with which you can bell the cat.

Despite the fact that your reputation is being targeted on one specific platform, ask your team to launch a counternarrative campaign on all the possible avenues, including pushing the keywords down that are causing your damage on Google, flooding the internet with your favorite content through a rigorous content marketing strategy, and promoting digital audio and video campaigns.

Take Your Notes for the Next Time

In the midst of mending your PR, never forget that it might not be the last time that you are in this situation.

Always ensure that you are learning your lessons and taking your notes to avoid these situations in the future.

PR management is an art, and leveraging an ineffective strategy is the worst decision a politician can make.

Amid all these reputation crises, measuring the data is your key to success, as only then can you analyze how much damage is being done by the smear campaigns.

When you fix your reputation, it will pay you off in the long run.