Pressure Groups in Politics: 6 Ways in Which Governments can be Manipulated or Blackmailed 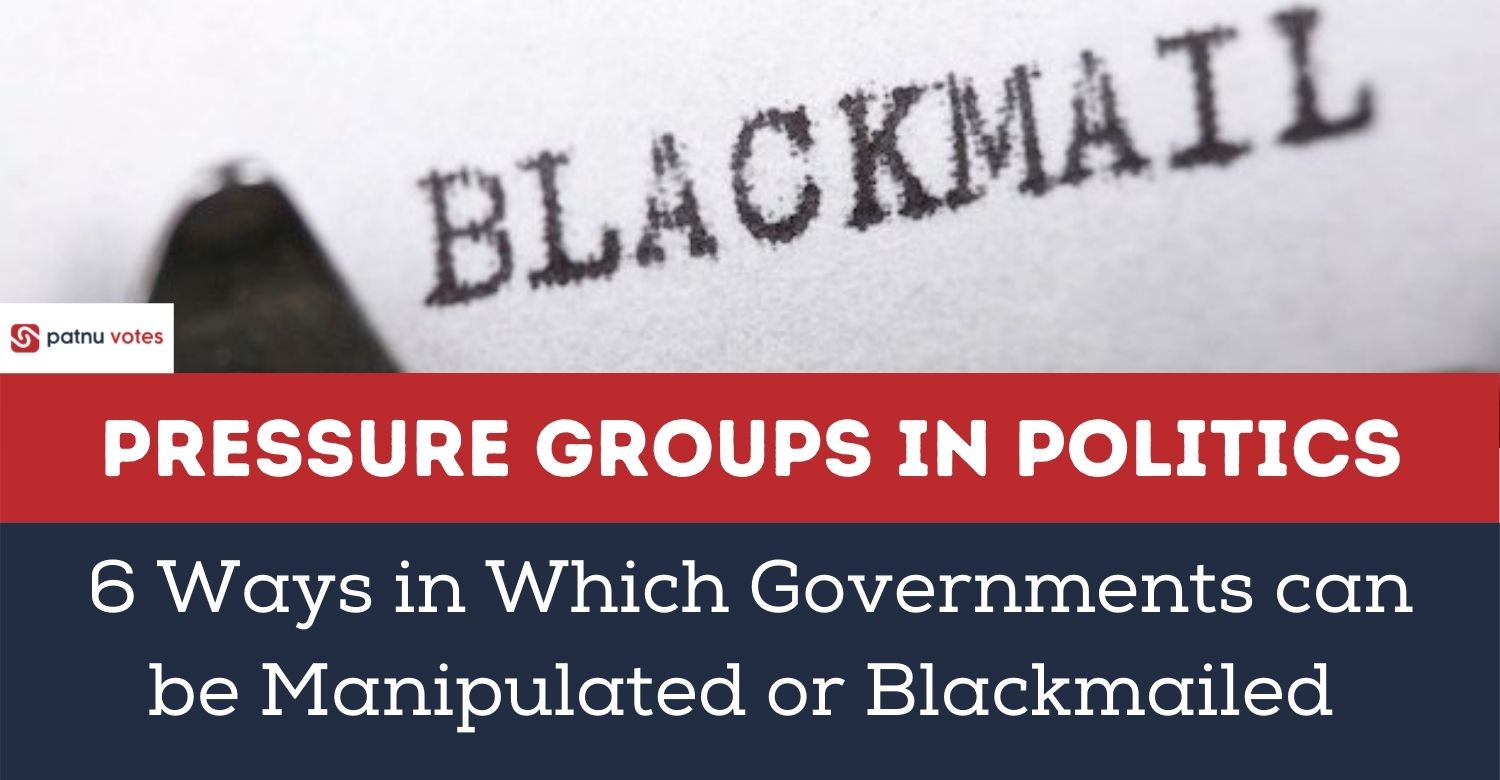 Pressure Groups in Politics: 6 Ways in Which Governments can be Manipulated or Blackmailed

Pressure groups are often known as kingmakers in politics. With their audacity to influence governments worldwide, they shape public perception for or against the favor of the government.

These pressure groups in politics are spread in various niches, including human rights, animal rights, environmentalists, health activists, labor unions, trade unions, and big corporations, which exert their influence based on their field of interest.

Citizens have also bid to change the way governments act through public demonstrations, as often in the past.

While the types of pressure groups are numerous, the primary purpose of all of them is the same, i.e., to influence legislation in their favor.

How do these groups make governments stumble in front of them, and what are the functions of pressure groups? Let's see. 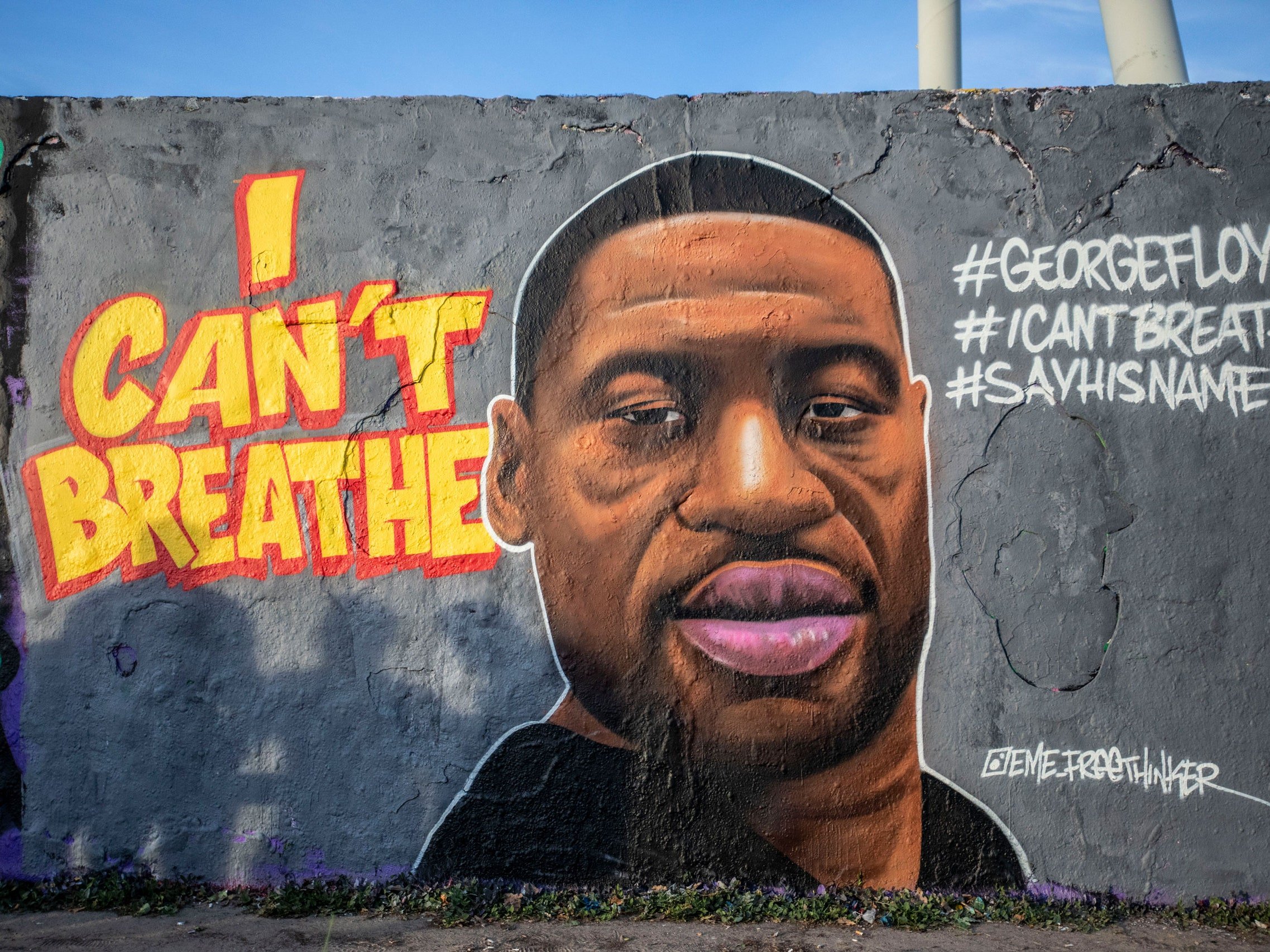 Administrating political protests is one of the ways through which the general public can influence decisions of the government. This was evident in the case of George Floyd's murder as well in the US.

Public Demonstrations: When the Public Decides to Trespass Government Authority:

From the Boston Tea Party of 1773 to the George Floyd murder protests, there are countless occasions on which the public demonstrations changed the course of history.

This is not relevant only in the United States. The long-standing Berlin Wall was dismantled by a series of protests in Germany, not to mention the right to vote movements globally that changed the concept of elections globally.

These phenomena are examples of when pressure groups in politics brought governments to their knees.

Petitions: A Digital Way to Shape a Government's Way of Acting

During recent times, the scope of pressure groups in politics has transformed drastically, making the governments prone to their will and ambitions.

Petitions are one of the ways through which these groups exert pressure on the government by raising awareness in the general public and shaping public opinions against politicians.

Petitions, if they go viral, can bring change in a matter of weeks. Consider the example of Trayvon Martin, for instance, whose murder sparked a petition which was signed by 0.8 million people in a week, triggering the court to convict the officer involved in the incident of the second-degree murder.

The same was true for animal rights petitions when the Trump administration was forced by the petition to pass legislation named as Preventing Animal Cruelty and Torture (PACT) Act.

These stunts are bound to get media attention, giving coverage to the pressure groups, who, in turn, use them to win popular support.

Once these groups have the necessary people on board, they pressure the governments to act in a particular way, as per the issue at hand. 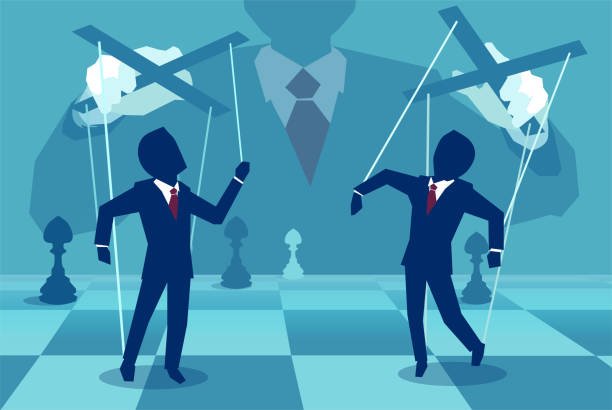 Lobbyists influence governments like no one else. These power groups are present in almost every country and often trespass government authority as well.

Lobbying: One of the Most Powerful Pressure Groups in Politics

Lobbying is considered a universal instrument to bring governments to their knees. The big businesses influencing government decisions is not a new event these days.

The scope of lobbying has become extremely wide with the introduction of modern-day lobbying techniques.

The lobbyists can reside within the government or the opposition benches. For instance, the progressive faction of the Democratic party has often lobbied against the mainstream party narrative to stop legislative measures.

Non-Governmental Organizations, or as they are commonly known NGOs, are part and parcel of any society.

Without them, the social pressure on governments would increase to an unimaginable extent as they do the jobs which are supposed to be done by the government.

This makes NGOs a powerful pressure group, putting them in the driving seat.

NGOs can also team up with the power groups of the society to lobby for or against the governments.

NGOs, based on their niche, can threaten governments to pass legislation, or otherwise, they would cease to exist. This way, the governments most often surrenders in front of them.

Labor Unions and Their Audacity to Comfort an Oppressed Workforce

Labor unions have protected the rights of marginalized communities time and time again. In the pursuit of big profits, capitalists often hit below the belt, making the lives of the workers miserable if they go unregulated.

In these trying times, labor unions act as pressure groups to pass legislation for minimum wages and maximum working hours, along with other working conditions.

These special interests groups have often made their bid in front of the governments to pass pro-labor legislation, the likes of which can be found in almost every country.

Activists have also tried their luck to act as pressure groups and made a big difference in contemporary politics.

The increasing pluralism amid the rising identity political crisis is the result of such groups that stood for other people's rights.