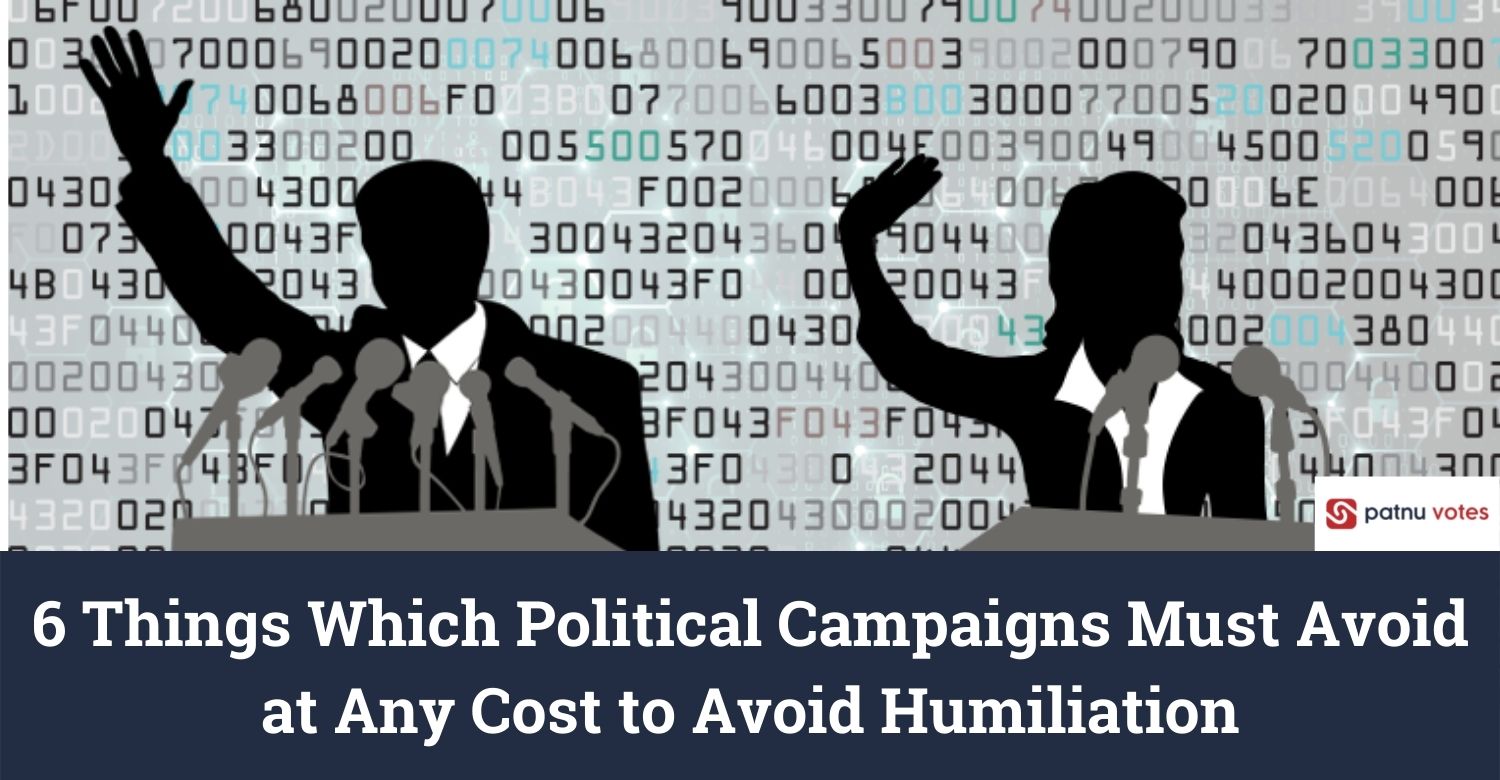 During an election cycle, it is easy to find the imperatives of political campaigns; however, finding the list of “things to avoid” can be a tricky task.

When you are optimizing your political campaign, avoiding unnecessary things becomes as crucial as following the necessary ones.

This helps you in saving a lot of time, and of course, budget.

When you are running for office, while there is a massive list of things that are considered taboo in politics for politicians seeking public offices, political campaigns also need to avoid some things to operate at maximum efficiency.

In many underdeveloped countries, campaign managers distribute a physical map of the electoral activities to their volunteers.

This is now an outdated strategy and should be avoided at any cost. While aiding your volunteers is a recommended approach, you have to do it with campaign apps to save time and money in the long run.

Printing maps on physical paper is a waste of resources, as they become useless once elections are over.

However, your campaign apps are the assets that can give you big returns throughout your political career.

Not Focusing on Your Message’s Uniformity

Sometimes managing a mighty volunteer base can be a tricky task to pursue. Many volunteers can misunderstand your campaign message, which can portray your unreal face in front of your potential voters.

All you have to do is to make sure that your campaign message across all platforms is well-aligned to your political ideology so that your two messages must not contradict each other.

If you are unable to take care of this measure, you will end up losing voters, for they would consider you a scam. 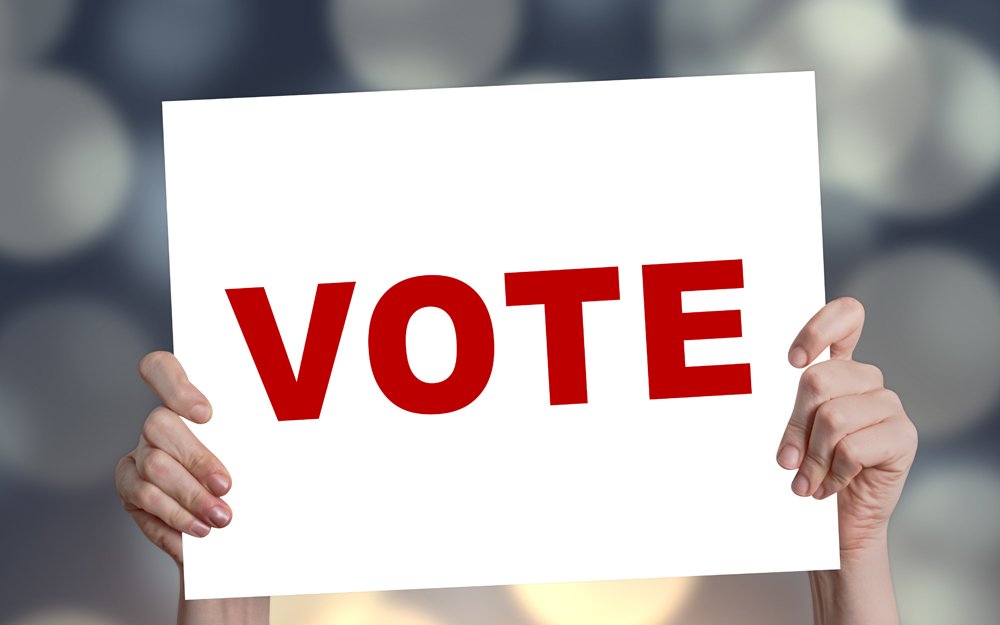 Securing votes is the most important thing in politics, and voters will get you that. Never underestimate even a single voter in political campaigns.

During election campaigns, one of the prominent mistakes which political campaigns make is that they focus too much on the candidates themselves.

Remember to use the power of “you” in your political campaigns to make them more functional.

An ideal political campaign revolves around voters and the solution to their problems. Because if voters are struggling to relate to your campaigns, they will end up leaving your cause. 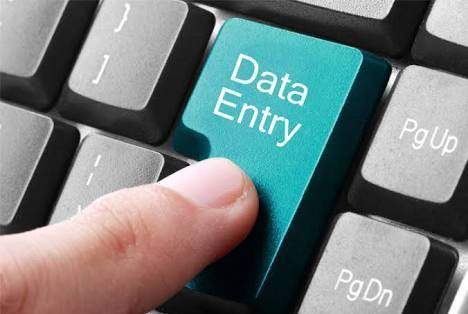 No political campaign should spend much time on data entry, as now you can do it easily with the help of campaign apps.

Gone are the days when the campaigns used to carry out repetitive data entry processes manually.

The last thing you can expect is to enter all the collected data manually into your Excel sheets and fill out the paperwork.

Data management can be an arduous task in political campaign management. You cannot expect to maintain an Excel sheet of, let’s say, one million voters with their email, phone numbers, names, and other credentials mentioned.

You have to have an automated process for this purpose that can segment your data seamlessly in a matter of seconds.

This is where the role of databases comes in. With a proper campaign app, your electoral efforts can be reduced by manifold, as all the volunteers who are campaigning for you will enter the collected data into the campaign app at the time of data collection. Hundreds of man-hours can be saved this way.

Investing in one such campaign app can solve many of your worries, as it automates your political campaigns to much extent.

Investing in grassroots tactics can help your campaign stand out from the crowd. Even if you are the most famous politician in your country, grassroots campaigns can be of much use for you if you organize them properly.

Not Listening to Experts

While you are the boss of your political campaign, trusting others is what helps you to cross the line. Believing in your team can help you make crucial decisions at the right time.

Ignoring expert opinions can land you in trouble.

While you may find a particular piece of advice not workable, if your trusted expert is giving it to you based on data, ignoring it can result in disastrous consequences. 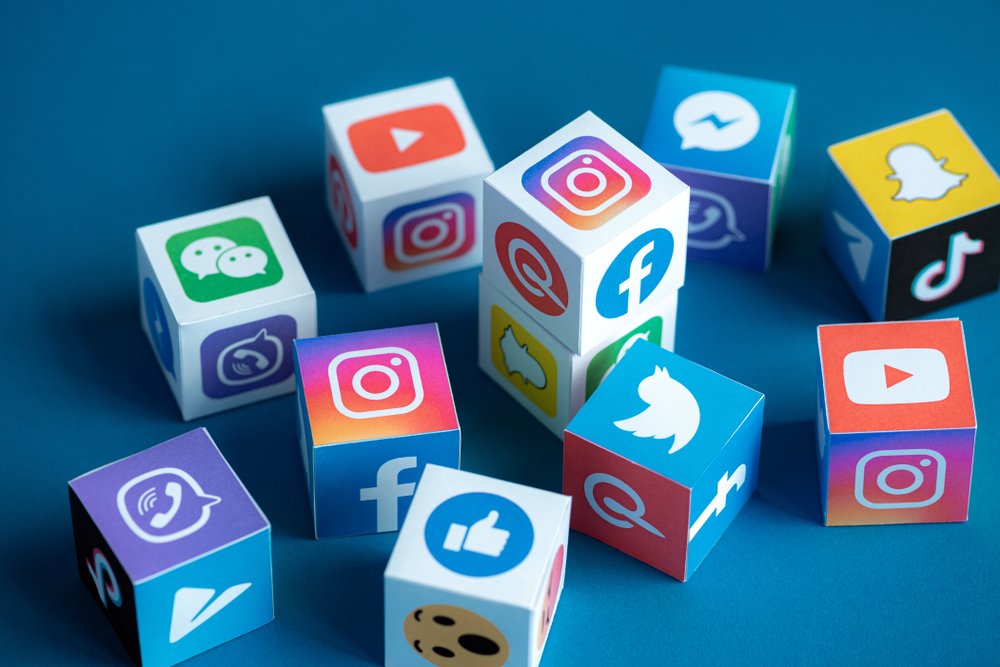 Ignoring social media is also one of the blunders which politicians make. So avoid doing that or be ready to face the consequences.

If you are really aiming to launch an effective political campaign, always try to avoid these blunders. Otherwise, even well-crafted campaigns can nosedive if they walk the prohibited path.

These are some common mistakes which political campaigns should not make at any cost, or they will face the music.

Ignoring social media is also one of the things that destroy many political campaigns. Be sure that you are not one of them.

Political Speeches: A Crucial Art to Master for Every Politician
7 Hacks to Win Local Elections with Low Budget