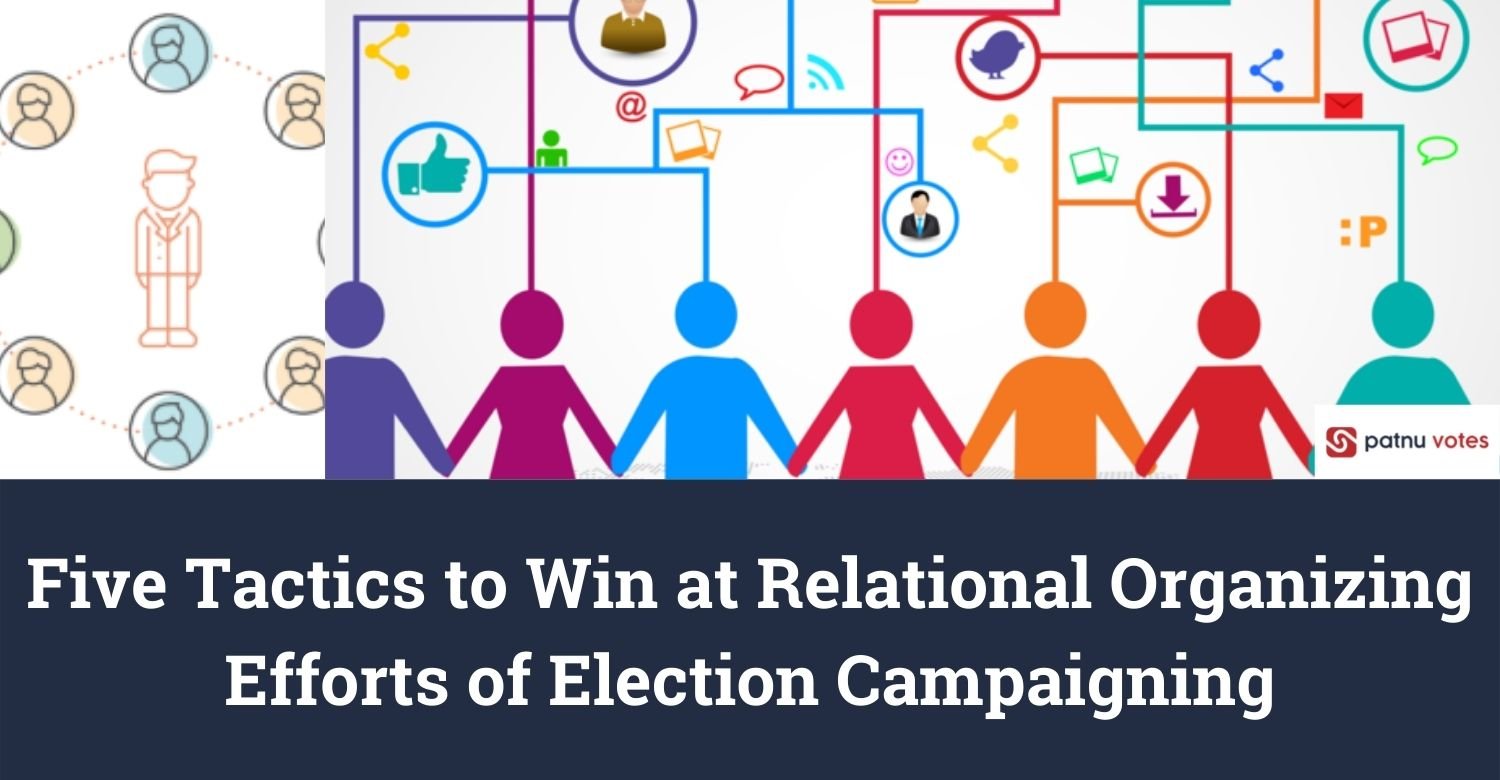 Eli Mshomi August 20, 2021 No Comments
Contents hide
1 Keep the Relational Organizing Simple yet Effective
2 Measure the Data to Get Best Results
3 Make your Campaign App Handy:
4 Incorporate Tech in Your Effort: One of the Best Ways for Relational Organizing
5 Map Your Existing Volunteers Strategically
6 Final Thoughts

The importance of relational organizing is unveiling in modern-day political campaigns with each passing day.

However, one question remains pervasive in almost all the political circles, i.e., how to pursue relational organizing strategy in a way that drives maximum conversions.

While there are many ways for relational organizing that can help your political campaign in bringing incredible results, some ways perform better than others.

Empowering volunteers in local communities can assist practices of political part management as they are the frontline workers to promote your campaign.

Lay down a campaign strategy that is simple enough to be followed by all the volunteers who are getting involved with relational organizing.

For instance, assign the goal to the relational organizing volunteers that all they have to do is to bring people to the campaign somehow.

Now, it would be incumbent upon them to identify a tactic that they will use considering the end goal in mind.

Just after the initial engagement with the potential supporter, the goal should be to bring that person to the campaign, rather than engaging in deep canvassing, which is essentially a separate technique.

The end responsibility of pursuing potential volunteers should remain with the political campaign, as they have much more experience in doing so, not to mention that they have political psychologists who can play their tricks well. 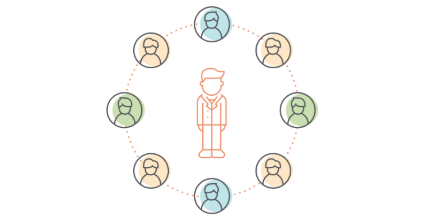 The efforts like relational organizing can also help you in managing the political campaigns better. With more people coming to your campaign, you can have more helping hands in running day to day affairs.

Measure the Data to Get Best Results

Getting true insights into campaign results is a must-do thing in relational organizing, despite the fact that most of the efforts are directed at friends and families.

The responsibility would lie on the data analysts' shoulders in this regard, who would decide which existing volunteers have deep connections within the communities.

With digital tools, such as canvassing apps, you can make sense of this data and keep track of how often a specific volunteer was successful in bringing their friends or families to the campaign.

Make access to your campaigning apps easier and reliable. For instance, instead of enacting a long procedure to get the campaign app, give your relational organizing volunteers the QR codes from where they can download the app to their friends' devices immediately.

This will not only help you in getting more leads but also capture users' data, even if they do not bandwagon your campaign.

Incorporate Tech in Your Effort: One of the Best Ways for Relational Organizing

Incorporating tech is extremely crucial and is one of the most effective ways for relational organizing. Once your volunteer has introduced their friends with your political campaign, you can reach these people using technology.

Those who have decided to give your campaign support are good to go. However, those who are reluctant must be followed using email marketing at least once to make them feel more important.

Always remember that not all the people who are rejecting to be your volunteer are equal.

The reasons for all of them could be different, and it is the responsibility of the existing volunteer to get these reasons from them at their first meeting.

This way, you can gauge these reasons and see why people are hesitant to join you.

The reason that is repeatedly allowing people not to join you is the real curse, which you must rectify before reaching them through emails or door-to-door canvassing.

Never forget to map your existing volunteers as per their interests, so that it would be easy to segmentize your new volunteers as well once they join you.

Many times, your voter files can give you information about people's interests, so you can map them based on these files.

Similarly, segmentize different possible groups of people who would be reached through relational organizing.

For instance, you can have the following groups in which your existing volunteers can campaign.

Doing this would help you in crafting a different strategy for different volunteers as per their area of pursuing others.

For instance, those who are going to pursue teachers must adopt a different strategy than those who are canvassing their colleagues.

All the relevant volunteers belonging to the same group need to practice together so that they bring the best results out of the relational organizing campaigns.

Personal connections in relational organizing are undoubtedly the best advantage in the campaigning efforts.

However, having peer-to-peer canvassing does not mean that the campaigns should pursue the strategy randomly without any planned efforts.

Because, despite the efficacy of these campaigns, these avenues require as much effort as any other traditional way of canvassing.