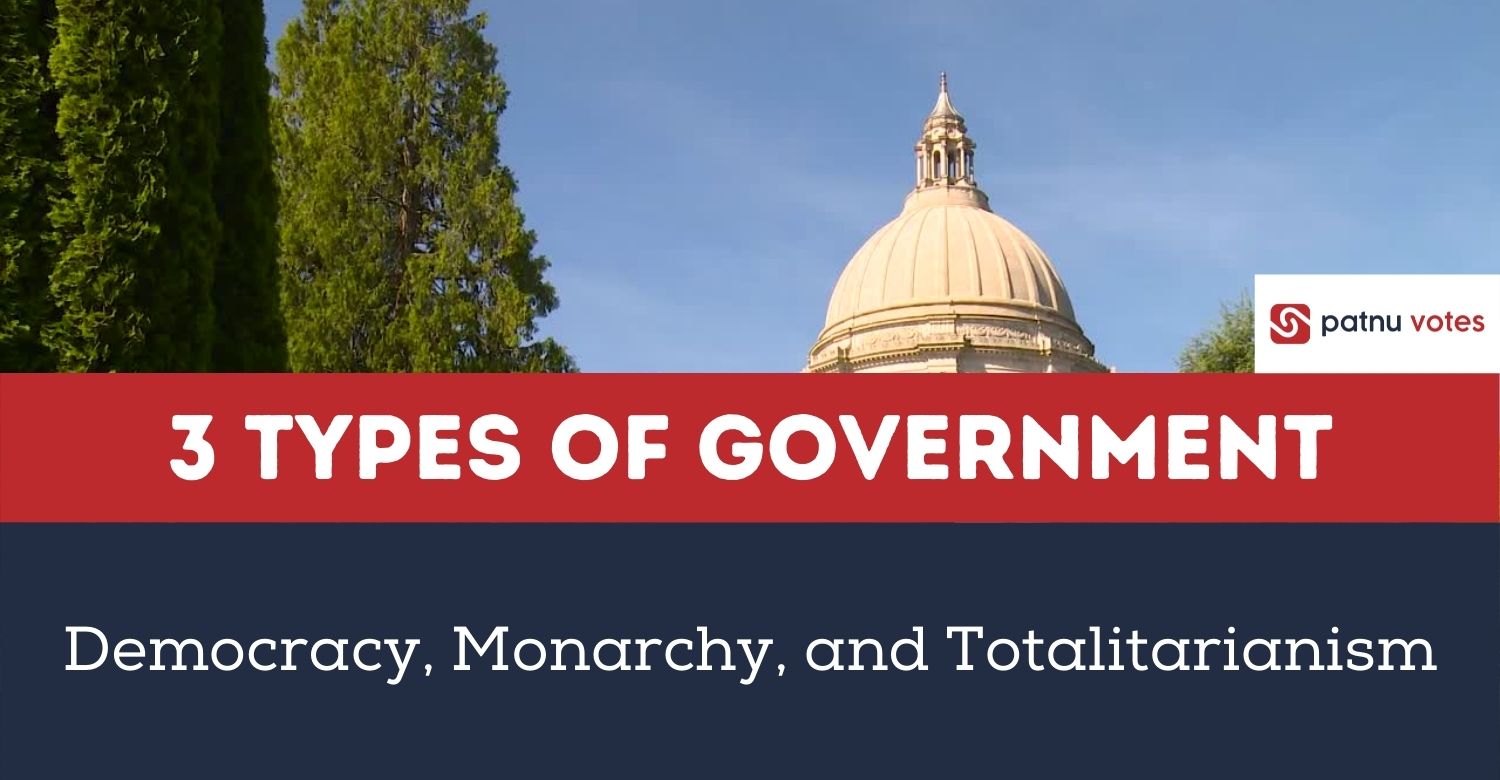 Over the course of history, mankind has tried to explore different types of government through which a political elite rules over its subject.

Out of the rigorous research, three primary types of government have been introduced, namely, democracy, monarchy, and authoritarianism and totalitarianism.

Since the end of the cold war, the countries have started adapting to democracy in big numbers to integrate themselves with the international political institutions.

However, this democratic boom has also increased anti-Western sentiments, where people considering democracy as the western form of government.

What are the different types of government? Let’s see.

Democracy is considered as the people's friendly form of government, with people giving a fair chance for freedom of speech.

Democracy: The Most Fashionable Among All Types of Government

Democracy is a one-man-one-vote system in which all the eligible voters have equal access to the institution of voting, although they do not use it always.

As the general public elects their own representatives, the elected officials are answerable to the general public. After every specific time period, the voters go to the polling station to elect the ruling elite.

Over time, changes within the democratic systems have been introduced, resulting in the introduction of new variants in democracy.

However, representative democracy is considered the most feasible and working model of democracy, in which people elect their representatives for the parliament or the legislature.

America and India are examples of representative democracy where people get a chance to vote after a specific interval of time.

Representative democracy has proved its worth over time and is considered the most stable and inclusive form of government.

The tenet of freedom of expression is also safeguarded under this form of government.

However, the cons of representative democracy have also started to be surfaced with the passage of time.

The critics suggest that the very provision that gives all the voters an equal right to vote is a flawed one. This is one of the reasons why the former US president John F. Kennedy said,

The ignorance of one voter in a democracy impairs the security of all. 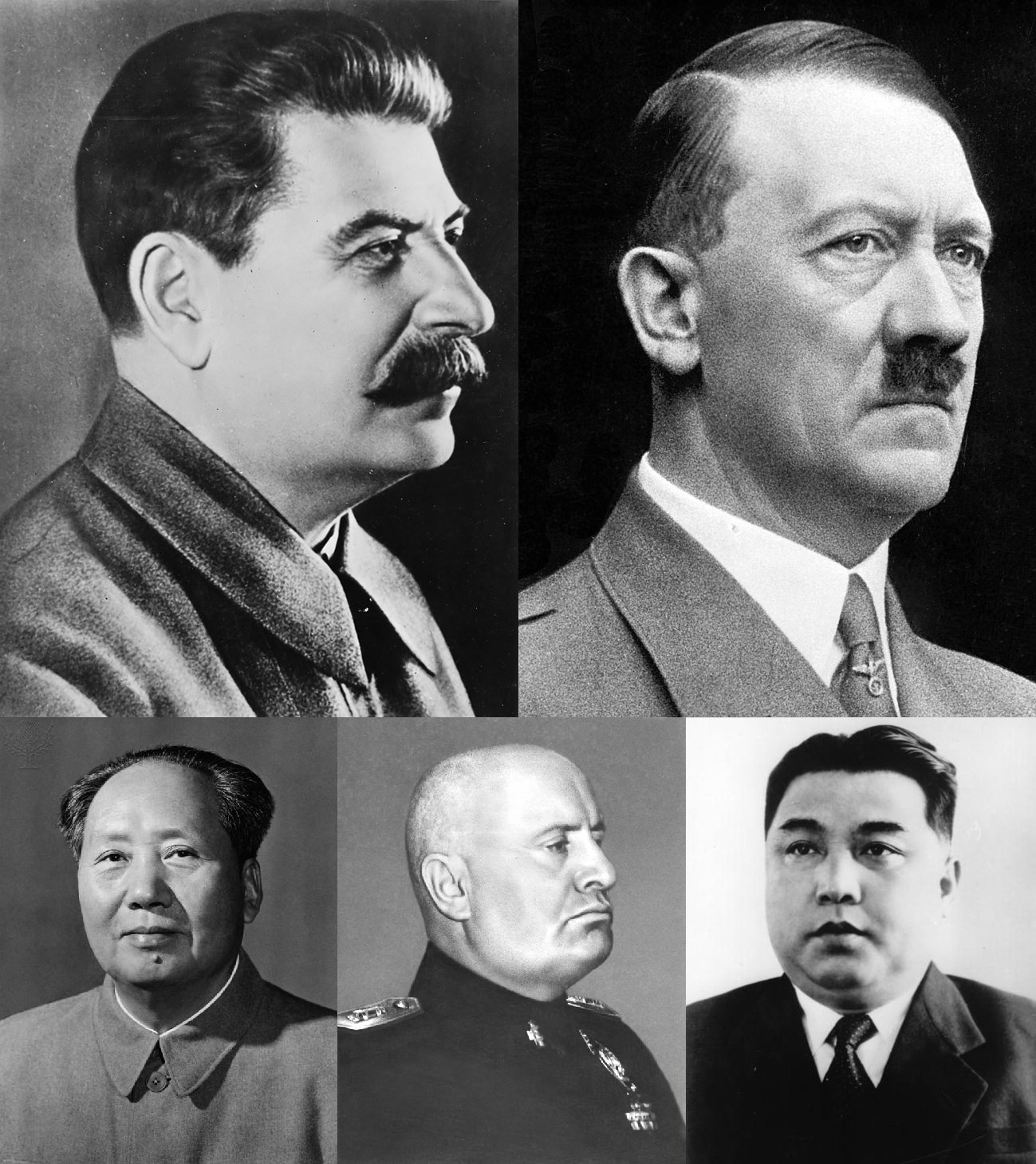 Totalitarianism is the complete censorship of opposition voices, with no public participation in the electoral system.

The general public has no access to the institution of the vote. In these regimes, the mass media is censored to the maximum possible extent, with no one allowed to utter a word against the government.

The freedom of speech is curbed so that only the state’s official narrative comes into the limelight. Anybody who tries to break the state’s protocol will bite the dust by facing the outcry of the draconian laws.

It is pertinent to note here that some states have more totalitarianism than others. Some of the examples of these governments include North Korea and Vietnam.

The pinnacle of the leader of the totalitarian is to rule through terror like the way Tanzania’s new president is doing.

In today’s times, there is no apparent reason for observing these types of government. The only reason why totalitarian leaders do not surrender their authority is that it is the only way for them to safeguard their interests.

As the usage of the state machinery against citizens becomes a norm in these systems, these regimes are often censured by the international watchdogs for their human rights violations. 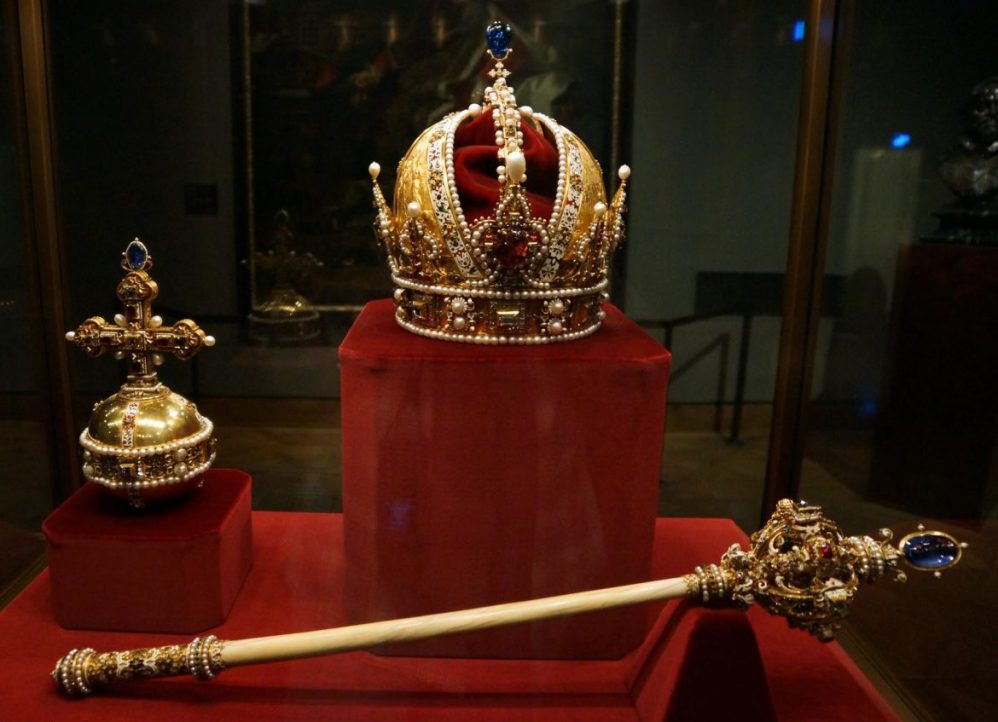 Monarchy: More or Less a Ceremonial Post These Days

Then comes the system of government in which the power resides in one family transferred to them under traditional authority, as described by Max Weber.

In a traditional monarchy, the monarch holds the signing authority with powers concentrated in its hands. This is true in the case of the Kingdom of Saudi Arabia.

On the other hand, in some countries, the monarch holds a ceremonial post, and the decisions of the country are being made by the elected Prime Minister or President. This way, these countries are monarchies-cum-democracies. The UK is a classic example of a constitutional monarchy.

People living in totalitarian and authoritative regimes are unfortunately not allowed to vote. However, those residing in democracies and some monarchies always get a chance to vote.

It is also an interesting fact that while in some countries people waste their chances to vote, in other countries the human beings idealize the concept of the vote, but they cannot go to the polling stations due to the autocratic government-enforced on them.

6 Things Politicians Should Never Do: Avoid these Things to Win Elections
9 Golden Rules of Political PR Crisis Management: Bell the Cat Before it’s too Late